Campus Safety has become an important issue at VSU.
Considering last year’s theft controversy to the Langdale Hall fires, the Valdosta State Univeristy Police Department plans to keep the crime down at VSU.
Scott Doner, chief of VSUPD, urges students to be the eyes and ears on-campus.
“If you see something, say something,” Doner said. “The students here need to be aware of their surroundings. Since most students are afraid to come to the on campus police department, we stay in contact with our outside sources, and show all statistics of crime on the Valdosta State Web site, including off campus crimes.”
Some students do feel safe on campus.
“Sure I feel safe on campus; granted it can be creepy at night, but what place isn’t,” Adrianna Logan, sopohmore athletic training major, said.
Others feel that on-campus safety should be taken more
seriously and effectively.
“I don’t feel that our campus safety is efficient enough,” Joseph Ellow, sopohomore, said,
“Fall semester of 08, I was
almost carjacked in the Oak Street Parking Lot at night. There wasn’t an emergency pole anywhere near me.”
The Jeanne Clery Disclosure of Campus Security Policy and Campus Crime Statistics Act, also known as the Campus Security Act, has added two new policies to the law.
The Missing Student Policy and Fire Cause Damage policies have been added to the law
nationwide.
Jeanne Clery was a 19-year- old freshman who was assaulted and killed in her dorm room in 1986.
The Clery Act requires all colleges and universities to keep and disclose information about campus crime.
To ensure better safety at VSU, Doner along with the VSUPD has two new crime preventing workshops: Adopt -A-Cop and The Bat Program.
“We’ve had a good turnout in the programs thanks to the Happening,” Doner said. “We don’t have a Facebook group, just the website, and it helps us get the facts and tips out there to
students who are afraid to talk to us. Students can call our department or call the emergency number.”
The emergency number is 229-259-5555 and the department number is 229-333-7816. 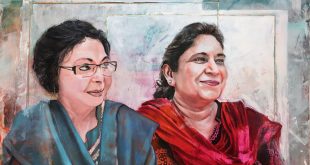