Apple disappoints at the iPod conference

Last week’s iPod-centric conference was certainly exciting for the millions of manic Apple fans; the company has become just as good at building hype as it is at selling expensive MP3 players. Prior to the conference, internet forums and blogs were filled with speculation and rumor mongering. The event was expected to be especially important for the company, as it marked the public return of Apple co-founder (and stage personality) Steve Jobs who had been away from the company for several months due to health reasons. Fans expected Apple to pull out the big guns, like the long-rumored Apple tablet device (think a large iPod touch with Mac-like capabilities) or the “iPhone Nano” (a smaller, cheaper iPhone). Earlier in the week, Yoko Ono let slip a potential deal with Apple to bring the entire Beatles catalog on to their iTunes music service.
As usual, fans worked themselves into a fit of disappointment. Instead of tablet Macs, Apple used the time to take a look at their existing iPod line and iTunes service, an hour long pat-on-the-back with few real announcements.
What Apple did show was the newly-updated iTunes 9, a mostly unremarkable update to what’s already a great music program. Some of the updates include downloadable ringtones, which are curiously $40 more than a full song on the same service and downloadable art and liner notes for albums purchased through iTunes. Movies are getting a similar treatment—films downloaded over the service will now come with some DVD-like features like commentary tracks and deleted scenes. The service found a few cosmetic changes as well, which seem to mostly make the program more ad-friendly.
While no new iPhone related products were announced at the show, Apple’s senior vice-president of marketing, Phil Schiller, made sure to give the device’s horn a loud blow, this time focusing on the iPhone’s gaming applications. Schiller bravely compared his company’s smartphone to Sony’s PSP and Nintendo’s DS. Schiller bragged that the iPhone is currently home to 21,178 games compared to the DS’s meager 3,680. What he didn’t mention is that iPhone app store counts cheap tech demos, Family Guy soundboards, and demo versions of software as unique games for the iPhone. It would have been far more interesting if Schiller gave us the real number of games available over iTunes.
The most interesting announcements came for Apple’s iPod Touch and iPod Nano. The touch received an expected price drop from $229 to $199 for the 8gb model. The only problem being that the cheaper model is still home to the older hardware, meaning that some programs will not run as smoothly as they will on a more expensive iPod touch or a new iPhone 3GS. Jobs presented the Nano as Apple’s best selling iPod to date, over 100 million sold. So it comes as no surprise that Apple is pushing the small MP3 player as the company’s focus. The new model, released the same day as the conference, features a relatively high-quality camera that can instantly publish videos on Youtube once they’ve been transferred back to your PC or Mac. The new Nano also has a built in FM radio (finally aped from Microsoft’s three year-old Zune) and oddly enough, a pedometer.
If Apple fans overstretched their expectations for this particular conference, then it’s only because of the company’s pedigree. Apple fanatics expect revolutionary hardware and software because that’s what they’re accustomed to from these events. The fact that consumers came away disappointed from a one hour conference filled with price drops and hardware and software releases says a lot about Apple.

Previous Warning to the wise: This article will kill you
Next Blazers on the road for first time in `09 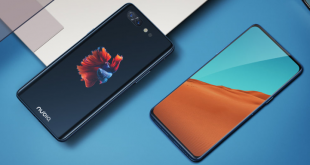 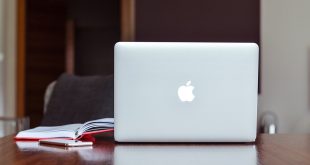 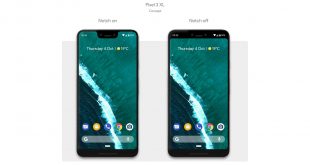 GOOGLE PIXEL 3 CAMERA TAKES IT UP A NOTCH

Google’s newest smartphone, the Google Pixel 3, is said by many reviewers to contain the ...