Students will likely be digging deeper into their pockets to pay tuition starting next fall because of more budget cuts.

Along with the higher tuition, the eligibility guidelines for the HOPE scholarship will also be stricter for the next school year.

Governor Nathan Deal opened the current session of the General Assembly with a State of the State address.

There he discussed the biggest trial of the assembly- balancing the budget for Fiscal Year 2012.

Lawmakers will be faced with cutting between $1.2 and $2 billion from the state budget.

“The challenge for 2012 is replacing the almost $1 billion in federal stimulus that won’t be available this year,” Deal said in his address, which was filmed by Georgia Public

Broadcasting. “In order to keep the budget balanced state agencies must reduce their spending by an average of seven percent.”

While k-12 education is going to a top priority during budget cuts, higher education is likely to take some of the biggest cuts with an estimated $185 million in cuts.

“The impact of the Governor’s budget on the state system is an eight percent reduction for the remainder of the current fiscal year and an additional nine percent reduction in 2011-2012,” President Dr. Patrick Schloss said in an email to faculty.

Wednesday, USG Chancellor Dr. Errol Davis went before a joint session of the senate and house appropriation committees to begin discussions on what those cuts would mean for Georgia Universities.

Dr. Davis told lawmakers the USG could not take another year of large cuts. Since budget cuts began in FY2009, the proposed cut in funding would mean a total loss of $550 million for the USG, but the number of full time students is projected to have increased by 37,000 since then, according to statistics in the presentation given by Dr. Davis.

“Over the past three years, Valdosta State University has lost over 40 percent ($20 million) of its state appropriations,” Dr. Schloss said.

With the new budget cuts, a raise in tuition will most likely take affect starting fall 2011.

In addition to the effects of budget cuts, students will also face changes in HOPE for fall 2011.

He estimated by 2013, all the reserve funds will be used up and HOPE will not be able to meet demands.

“If we are to save HOPE, we want to make changes during this legislative session,” Gov. Deal said.

Under Gov. Deal’s FY 2012 budget, HOPE will not give out more than lottery revenue will allow. Because of this, it is likely that changes to the qualifications for HOPE and those awarded will be made.

Many students are concerned about the future of HOPE.

“Currently the only reason I can come to school is because I have HOPE,” Robert Jenkins, sophomore computer science major, said. “HOPE allows a lot more students to have an opportunity [to go to college]. We can’t just get rid of it without serious backlash.”

Gov. Deal said the changes in HOPE and requirements for eligibility are being made so that the program will be able to survive.

Under Gov. Deal’s budget, the USG will also be given $50 million for renovations and repairs.

Lawmakers are working in the next 40 days to make a plan for the Georgia budget for FY2012. Once the budget is made, the Board of Regents will be faced with decisions on whether or not to raise tuition or try to make additional cuts in spending.

Live and archived footage of the Georgia General Assembly can be seen at www.gpb.org/lawmakers.

Friday, Provost Phil Gunter will present the first draft of VSU’s 2011-2012 budget to the Planning and Budget Committee. Check www.vsuspectator.com for more information.

*NOTE
The Planning and Budget Committee meeting has been moved to Jan. 28.

Previous MLK celebration a success
Next People Poll: Do you think VSU uses too much money on varsity athletes? 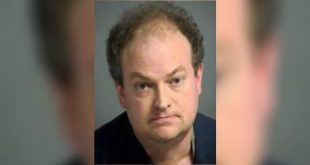 Fourteen individuals, including Keith Andrew Walters, dean of the College of Sciences and Mathematics at ...