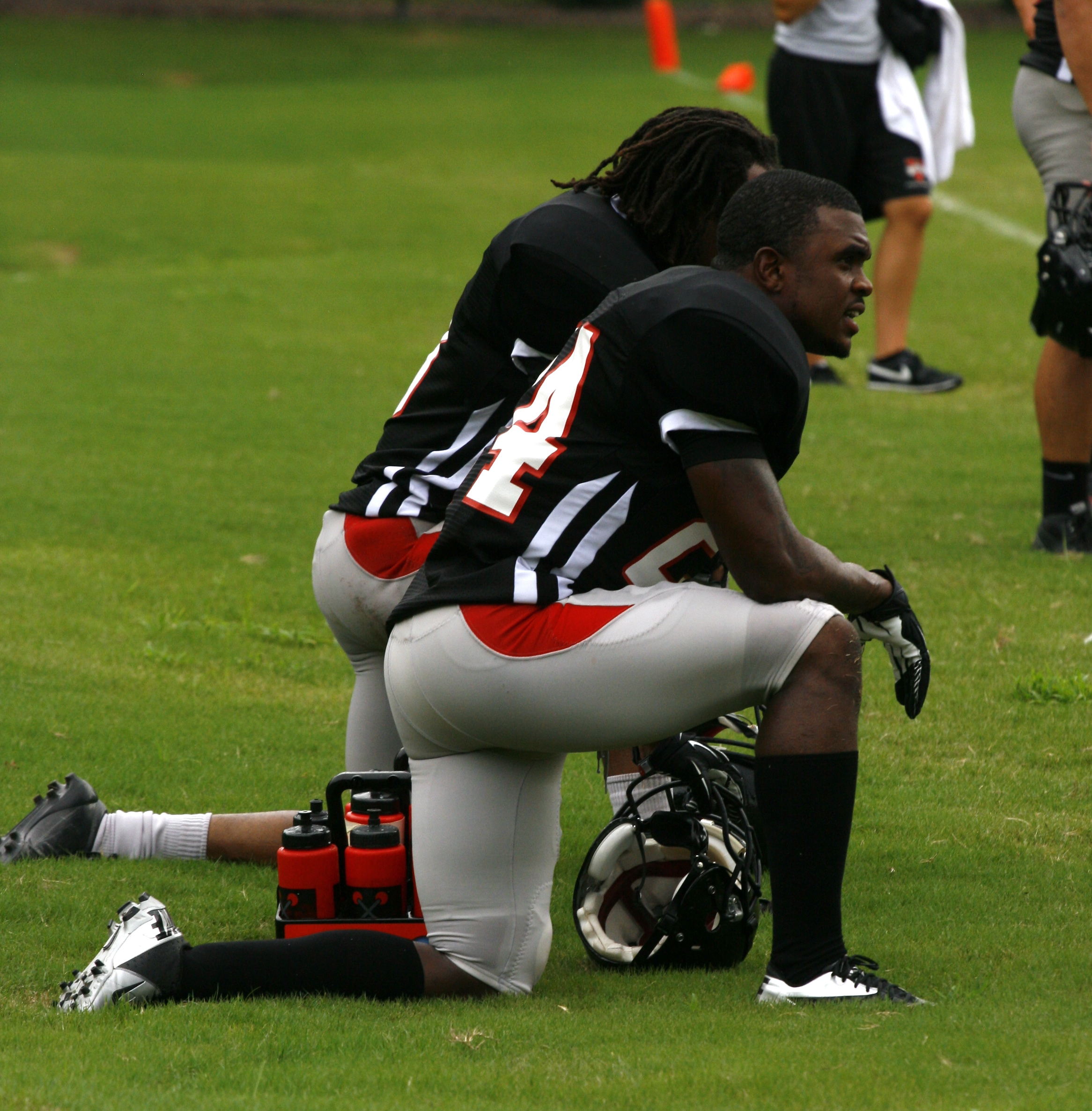 The Valdosta State football team is looking to get back to national prominence this season with some help from its newest playmaker.

VSU cornerback and former Parade All-American at Florida State, Greg Reid, was dismissed from the Seminoles’ program earlier this month for “violation of team rules.”

The dismissal happened after Reid’s involvement in several previous mishaps, leading to his arrest on July 10th on charges of marijuana possession, seatbelt violation and a suspended license.

Reid denied that the marijuana and paraphernalia found in his car was his own.

The Valdosta native is scheduled for court on Sept., 5th.

The former Lowndes County Viking will wear the No. 24, the same number he wore in high school, leaving behind his previous college number No.5.

According to Reid, he knew what his motivations were.

“ My work ethic and everything like that was real,” he said. “ I’m just trying to take it back to high school days.”

Those high school days include him being named a SuperPrep All-American and AAAAA Georgia Player of the Decade.

It was nearly a week after being officially released from FSU when Reid enrolled at VSU.

Transferring to Division II immediately made Reid eligible to play this season without penalty.

The return specialist is quickly meshing with his new teammates, learning the system, and is very humbled to have another opportunity.

“He’s one of the fellas now,” head coach David Dean, said. “I think that says a lot about him and how he’s blended in with our guys because he has done nothing but positive things for us. “

The addition of Reid will undoubtedly improve team scoring defense enhancing an already strong defense and adding excitement to a special team game.

“We don’t want to overload him but he will be on the offensive side of the ball,”Dean said. “We’ll find ways to get the football to him; we’ve always done that with good solid players on defense.”

Coach Dean credits graduate assistant and secondary coach Doug Belk for a being a major contributor in getting Reid to join the program.

Belk was a former teammate of Reid’s at Lowndes High.

Preseason All-American Matt Pierce likely starting on the opposite side of Reid makes the corner position even deeper with corners Alex Webster and Dominique Wheeler getting time as well.

Despite a disappointing ending to last season finishing (6-4), the Blazers have been voted No.8 Division II preseason poll.

Newly acquired Reid plans to help meet the teams’ high, but usual Titletown expectations of brining a national championship back to VSU for the first time since 2007.

The Blazers open the season in Michigan against Saginaw Valley State on September 1st.

Reid, who was on pace to break Deion Sanders’s punt return yardage record at FSU this season, will be the third possible future NFL player on the roster joining offensive linemen Edmond Kugbila and Ryan Schraeder.

Shunned by some but welcomed by many, regardless Reid is happy to be home.

“Right now I’m just learning everything and trying to adjust. I know it’s a lot of people out here that don’t want to see me on this team or even get a second chance anywhere else. Its football, I’m playing and I love it,” Reid said.

Previous Friendships and relationships
Next Bennett to rework school website