After splitting last Saturday’s games against Delta State, Valdosta State is gearing up for its third game of the home stand against Union University Thursday night.

This is the first ever meeting between UU and VSU.

Since the home stand began last Thursday the Lady Blazers have dropped two-games in a row, while the men’s team is trying to get their third straight win.

Thursday games mark the start of the second half of the Gulf South Conference schedule.

UU could bring trouble to the Blazer squad whom Coach Kiley Hill has labeled “inconsistent” as of late.

Statistics wise, UU is a much better perimeter shooting squad than VSU.

The Lady Blazers this season are shooting .277% from behind the arc compared to the Lady Bulldogs .347.

VSU will look to cool off UU; the Lady Bulldogs are currently on a two-game winning streak.

With UU forward Shelby Ashcraft still tending to an injury, expect freshman center Carly Daniels to try to make an impact in this contest.

Daniels off the bench had a team-high 19 points in the win over UWG.

Though UU is No.1 in the GSC standings, they and Shorter are not eligible for post-season play.

Both teams are new to the GSC therefore they aren’t eligible yet.

The schools game results do count toward league standing however.

VSU’s men’s team (all in first season as Blazers except for Josh Sparks) may be getting the hang off GSC teams now after dropping five games early to conference squads prior to the home stand.

“I think that it just shows our team is growing, getting a little better in certain areas. We have to continue it; we have a long way to go but at least were making a little bit of strides,” Mike Helfner, men’s head coach said.

The Bulldogs are 0-7 in away games and will attempt to start a win streak of their own after a 79-55 rout over UWG.

The victory improved UU’s record to 4-13 on the year.

UU is led by its two seniors Anthony Freeman Jr. and Daniel Marti.

VSU fans are encouraged to wear black as it will be “Blazer Black Out” night at the P.E. Complex.

The times will be the same when VSU hosts North Alabama Saturday. 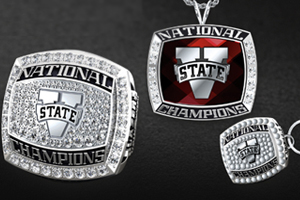