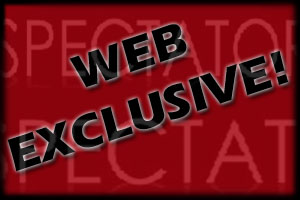 The VSU tennis teams have started off with a loss in two matches by the men and one by the women so far this season.
With a loss on Wednesday to a much-improved Georgia College team, the Blazers hope to rebound against one of the top tennis teams in the country, Embry-Riddle.
This should be a good test for the team to build character and toughness for the rest of the season.
“The match against Embry will be a tough match, but this match will be good for the upcoming games in the next two weeks,” John Hansen, Head Tennis Coach said.
Within the next two weeks, the Blazers will play two road games (Saturday At Embry-Riddle and Feb. 16th at Christian Brothers) and three home games against three powerhouses in West Florida (Feb. 21), Rollins (Feb. 22) and West Alabama (Feb. 24).
This stretch of games should be a great for the season with all the potential that is on the team.
Coach Hansen says “our worst curse in the world is potential” when it comes to being nervous about the upcoming season.
As usual, Coach Hansen feels confident in regard to singles play matches featuring Konstantin Kutschenko, the only senior, leading the team both on and off the court.
“He has had a good start to the season and has become shown leadership to the freshman of the team.” Coach Hansen said.
Konstantin’s confidence will help the team become better with the season just starting.
“I am confident in singles, but I need some more work on the doubles,” Kutschenko said.
The team hopes the injury (tonsillitis) to Jennifer Rink will be cleared up by the weekend for this important match against Embry-Riddle.
The Blazers tennis team hopes to come back with a win against Embry-Riddle on Saturday in Daytona, Fla.
This Web Exclusive brought to you by Sports Writer Ray Pack Jr.
Ray Pack Jr. 2013-02-08
Rebecca McAleer
Share