Ryan Baerwalde is hoping to acquire a second term as SGA president and is running his campaign on that experience.

“I’d like to believe that the students who are voting look at the fact that I’ve been here before,” Baerwalde, junior political science major, said. “I really do think that when students see the fact that I have the experience, that will have a little bit of an impact.”

Baerwalde cited his work with the Student Advisory Council, which is working with the Board of Regents.

“A lot of what I’ve done doesn’t just affect VSU, but at the state level, affecting all students,” Baerwalde said. “We worked to help HOPE get raised 3 percent. We are in the middle of the process of getting a student representative on the Board of Regents.”

Baerwalde hopes to better the VSU experience for students and keep them here.

“One of the biggest issues VSU is facing right now is retention,” Baerwalde said. “We have lots of students who will come in their freshman year, and they aren’t able to stay for another semester. Something I’ve been voicing my opinion about is getting the teachers to work even harder with the students.”

“I really think that, in the past, SGA’s been seen as that organization you go to to get funding for your organization,” Baerwalde said. “That’s ending. I’ll work my hardest to make sure we’re more than that, that we’re using the funds that we get to improve campus.”

In response to a tweet sent by his opponent, William Jimerson, which asked: “When is the last time you heard from your SGA president?” Baerwalde stated that his door was always open.

“I find it very interesting, actually,” Baerwalde said. “This has been one of the more transparent administrations[…] and my door is literally always open. It’s not even a figure of speech, it’s always open.”

Baerwalde expressed wishes that he could have gone around campus and introduced himself to people more during the year but acknowledged certain limitations.

“I’d love nothing more than to be able to do that,” Baerwalde said. “The reality is I’m a student too. I’ve got things I have to take care of, and I do the best that I can to make sure my door is open and people know that it is open.”

William Jimerson is hoping to become SGA president and is running his campaign on student involvement.

Jimerson desires to aid student retention and hopes to do that in various ways.

“I want to implement more SGA-sponsored events that students can partake in such as a big homecoming comedy show or a homecoming concert that’s actually sponsored by SGA,” Jimerson said. “We’d get the students’ opinion on what type of artists to bring.”

“I also want to do a scholarship,” Jimerson said. “I’ve worked with my chapter of Alpha Phi Alpha—we’re the only student organization to have a scholarship in our name, and I wanted to do something along those lines in the name of SGA as well to benefit students who are not HOPE recipients to keep them here at VSU, retention-wise.”

Jimerson also intends to change the prominence of SGA.

“I want to increase the visibility of SGA as far as senators,” Jimerson said. “I’m proposing that we have a class representative, where freshmen senators work more with the freshmen students. These senators would go one-on-one and would be the direct source from the students to the SGA, then to higher administration.”

Jimerson expressed his readiness to work with the Student Advisory Council and cited his experience with similar organizations.

“In high school, I worked with the Future Business Leaders of America, which was on the regional level,” Jimerson said. “I’m a big communicator, that’s my strong point, so I would be taking the concerns of our students and bringing the information back for them. Also, I think I would be an advocate for different universities, such as ours, as far as diversity here at VSU.”

At the end of his term, Jimerson wants to be remembered as someone students could rely on and trust.

“I hope the students remember my term for someone [who] was there for them, who they felt was approachable and went out of [his] way, and that they were comfortable with—also someone who took the initiative to build a sense of pride and tradition on this campus.”

Comptroller candidate Ericka Adams has a passion for getting everybody involved.

Adams has worked with SGA for the past year, and she feels there could be a more concerted effort towards reaching out to all campus organizations.

“There are too many different organizations at VSU to have the same people be coming back for money,” Adams said. “It’s not just about the five groups that come.”

In order to combat this issue, Adams has been going to several different organization events and asking members if there is anything that SGA can do to help.

To solve this issue, Adams hopes to be able to sit down with organization leaders to negotiate money conflicts.

She feels that instead of SGA turning away an organization that is requesting upwards of 1,000 that she should be able to talk the number down in order to help an organization perform their community service duties.

With regards to the SGA budget, Adams believes that all VSU members should be aware of what happening.

William Mast has a dedicated approach towards responsibly maintaining and overseeing the proper use of the SGA budget.

Mast believes that all students should know what money comes in and out of the SGA budget.

He would also like to see more diverse student events with the emphasis on reaching the majority of the students and not just a small percentage of them.

He is willing to work with the executive body in order to appeal to the needs of the entire student body.

“Personally for myself, I would like to see some cosponsored events with different departments to bring lecturers for the women and genders study and Alcohol Awareness, and stuff like that,” Mast said.

Mast feels mostly confident in his ability to work well with others.

“I can work with anyone,” he said. “Whether they’re democratic, republican, left, right… I’m pretty across the board and I can work with just about anyone on anything.”

In spite of his short time as SGA senator, compared to Adams or Howell, Mast feels that his experience in other organizations will help him.

“As a chairman of Phi Sigma Kappa, I am responsible for a $1,500 allocation fee of my own to use at any time as I see fit,” Mast said. “I’ve handled that very well, and I’ve used that money very well for my fraternity. I have experience handling money, basically.” 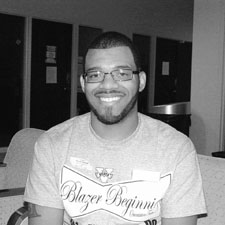 Diversity, according to candidate Howell, regards diversity among the spending of money.

Howell would like to change the inconsistency of organizations on campus and their inability to be beneficial for the students.

“We don’t need to be divided,” Howell said.

Howell doesn’t want the efforts of next semester to not affect subsequent semesters.

“I don’t want it to just start and end with me,” Howell said. “I want this to continue going. We have to keep pushing this. It can’t be the first meeting in the fall.”

Howell firmly believes that it’s time for a SGA to take more action.

One area that he is focused on is improving VSU homecoming. While the event is currently heavily Greek-community based, Howell wants to see the entire student body represented during homecoming week.

He will be serving as orientation leader during the summer and will be taking over as president of Black Student League beginning in the fall.