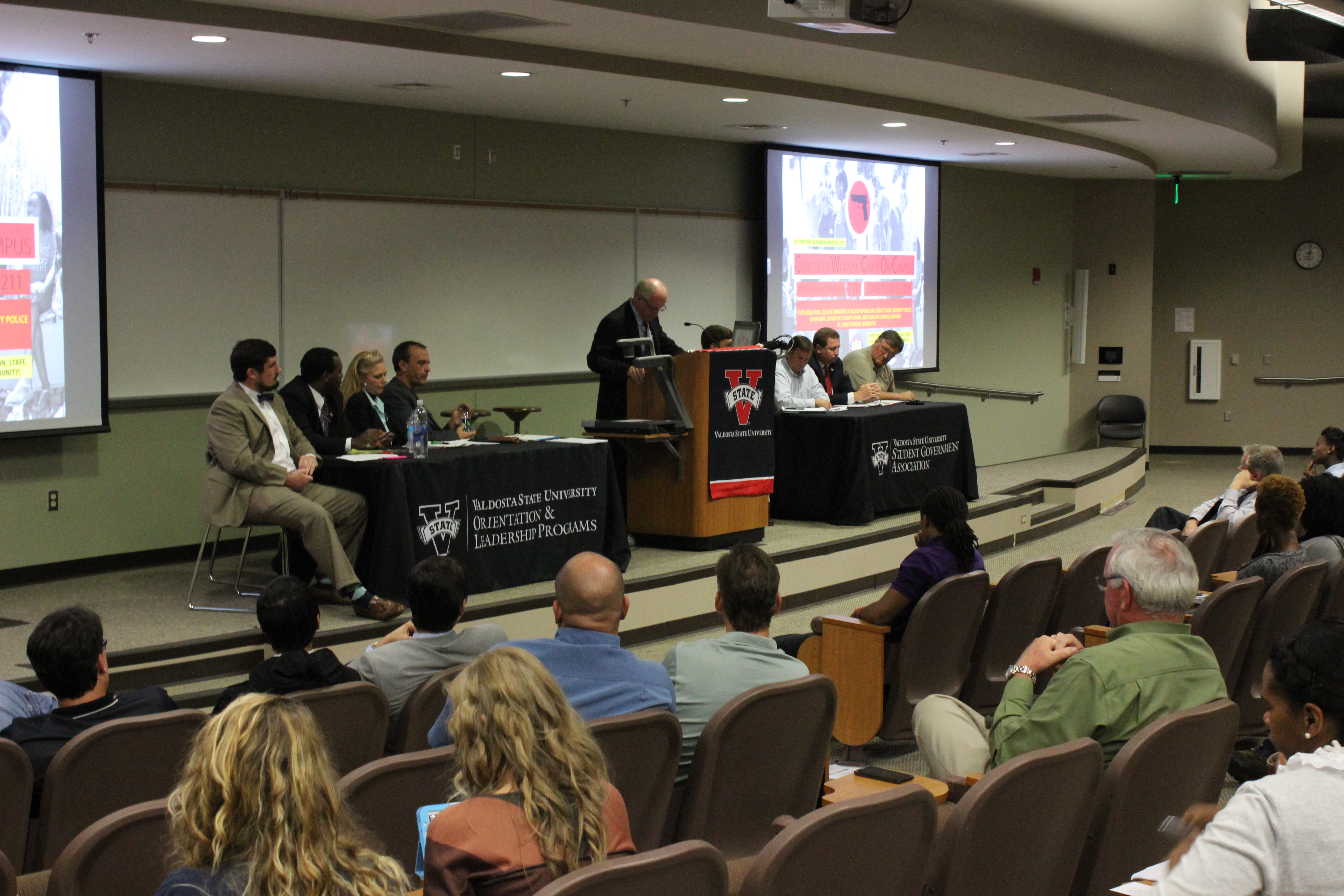 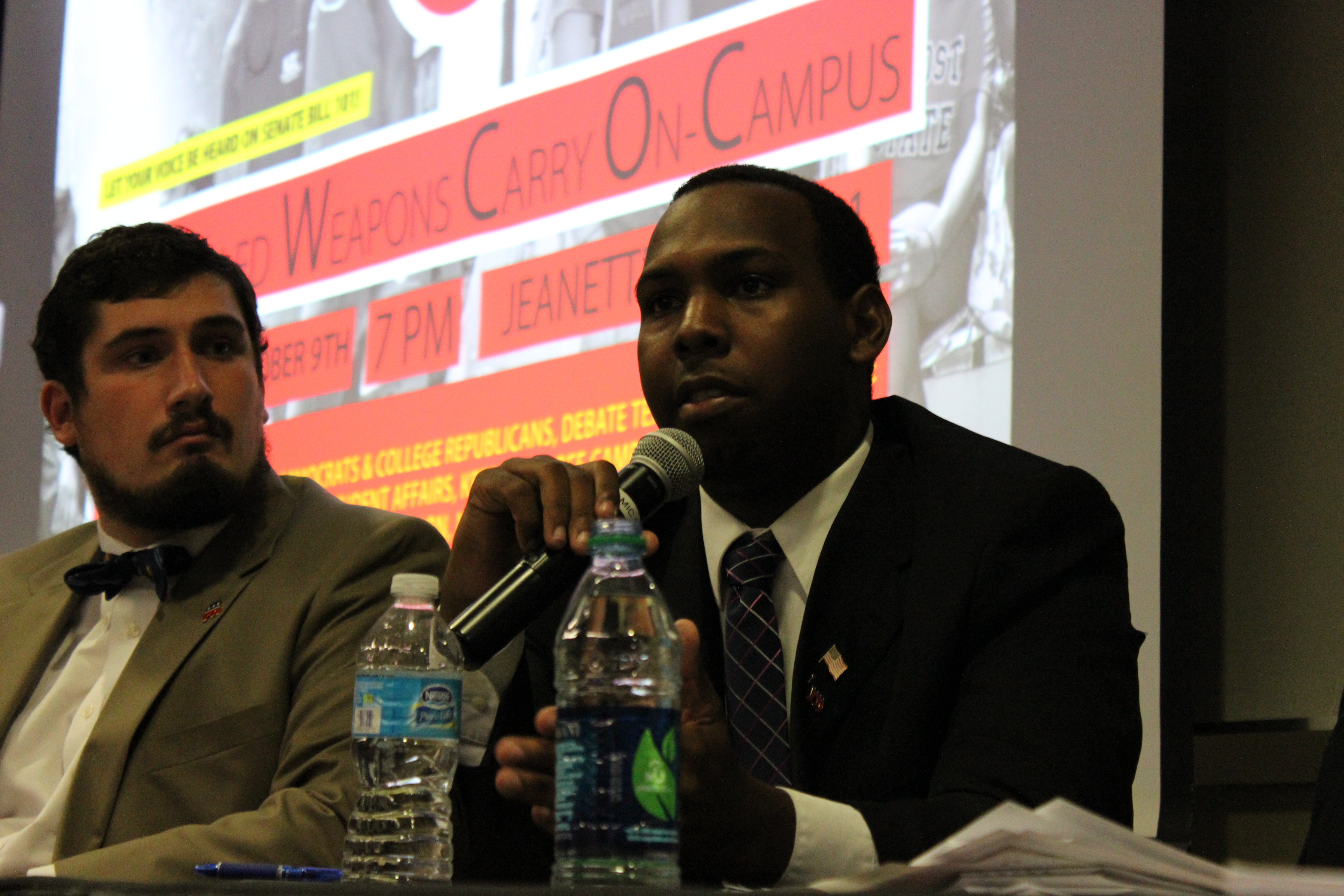 A debate over the Concealed Weapons Law and how it affects VSU was held Wednesday night in Jeanette Hall.

The policy prohibits any kind of concealed weapon to be carried on a college campus.

The debate was setup by Student Affairs.

Members of the VSU Debate team were present to deliver arguments over the law. Both the affirmative and negative sides were made up of one member from the Debate Team.

J.B. Desselle, senior speech communications major, was against the law of banning a concealed weapon on campus.

Keven Rudorow, junior speech communications major, was in favor of the law.

“I strongly believe in the 21st century and universities have one primary goal, and that is education,” Rudorow said. “I believe safety is important, but I do not believe having guns on a college campus, contributes to our main goal.”

A professional panel was present at the debate. The panel was asked a variety of questions about the law, and a member from each side of the panel was given forty five seconds to answer. Dr. James Peterson, head of the Political Science department, was the moderator.

Statements were also taken from the floor.

State legislators, College Democrats and College Republicans, members of VSUPD and SGA were in attendance. A member of GeorgiaCarry.org and Keep Guns off Campus was also present at the debate.

“It is important to have this debate because it gives VSU a chance to voice different concerns and stances on the issue,” William Jimerson, SGA president, said. “It promotes awareness on the issue and we have never had an event where students and staff can voice their concerns.”