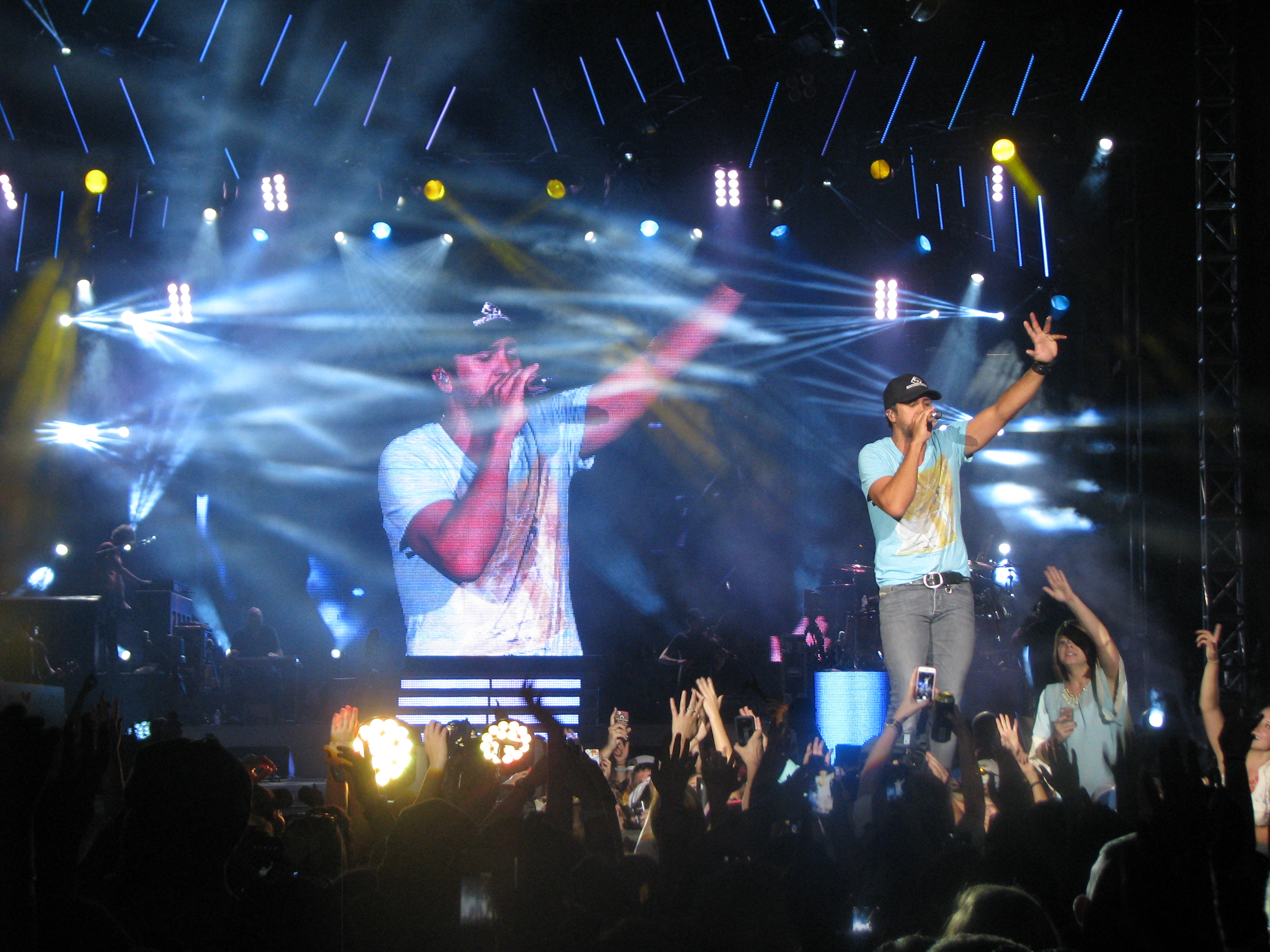 The Academy of Country Music Awards Entertainer of the Year, Luke Bryan, performed in Valdosta Saturday night to a sold-out show of 15,000 people. The show took place at the fields of the Valdosta Wake Compound.

“This is a Titletown kind of thing,” Bryan sang to an anticipating audience as he came on stage after a three-hour preshow.

Bryan performed all of his popular songs as well as songs from his new album, “Crash My Party.” However, the show began with a favorite song from his third album, “Kiss Tomorrow Goodbye.” The Georgia native brought out thousands of fans to what was an entertaining yet potentially dangerous show.

Farther back from the stage was a large area for people to set up chairs and avoid the dangers of the stage excitement. This area was perfect for a more family-oriented concert experience.

Tailgating for the concert began at 2 p.m., and the gates opened at 5 p.m. However, fans began lining up as early as possible in order to beat the rest of the pack to the spots near the stage. While the show began at 6 p.m., Bryan didn’t come on stage until 9 p.m.

Opening the show was Chancie Neal, who sang some acoustic, feminine numbers and can be compared to Miranda Lambert. Neal knew how to get the crowd going as it was her fourth time performing on the Farm Tour.

Second on stage was Cole Swindell, known for his 2013 hit, “Chillin’ It.” Swindell performed about 12 songs from his upcoming album.

Finally, before Luke hit the stage, the Peach Pickers entertained the audience for around an hour. The trio, Rhett Akins, Dallas Davidson and Ben Hayslip, writes songs for top country performers and proved to be gifted performers themselves. The trio wrote Bryan’s “I Don’t Want This Night to End.”

Hayslip and Akins met while in high school in Valdosta.

Luke Bryan is from Leesburg, Ga., which is just north of Albany, about two hours from Valdosta.

As it was Bryan’s sixth-annual farm tour, he has proven to remain loyal to his Georgia fans and will likely remain loyal.

“The Farm Tour has become a tradition for Luke, so while it’s likely he will continue, there are no confirmed plans in place at this time,” Mary Catherine Kinney, Bryan’s publicity coordinator, said.

Previous BREAKING: Stabbing reported, VSU on lock down
Next Stabbing victim in recovery

The VSU history department is offering a virtual study abroad program in Poland during the ...