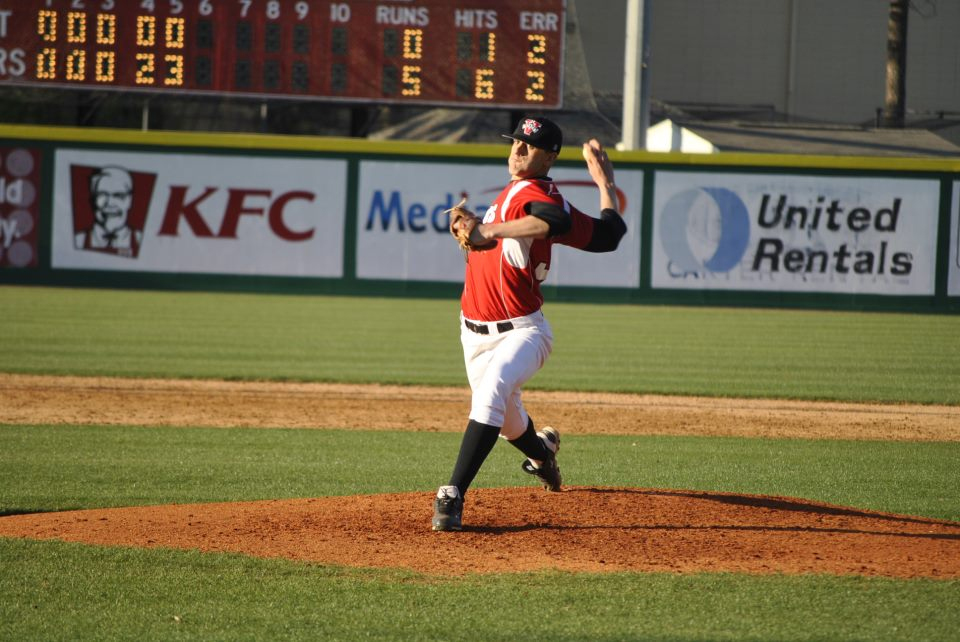 After an impressive 2013 campaign, Valdosta State baseball head coach Greg Guilliams and his team are ready to get back on the field.

The seventh-year head coach led his squad to a 34-18 record last season which included bringing home the Gulf South Conference title since 2010.

The Blazers’ season ended in Tampa, Fla. during the NCAA D-II South Region tournament, where VSU lost two out of three games.

Guilliams had a busy offseason that saw the departure of many pitchers that played a major role in 2013. All three conference starters, Nick Fogarty, Pete Whittingslow and Jeremy Holcomb, left VSU along with closer Ben Weil.

“One of our biggest challenges is that we lose four of our top five pitchers from last year,” Guilliams said. “We held our opponents to four runs or less in every single game that we won (in the conference tournament) and those guys did a fantastic job.”

Guilliams, however, is not focused on the past and is expecting his current pitchers to step up and fill in.

“Certainly, I have confidence in the pitchers that we have, but those guys will have to prove it when it counts,” Guilliams said.

Guilliams and his coaching staff have not yet named an opening day starter.

When one is named, a pitch count will be enforced and the Blazers will “probably use a lot of guys because it is so early,” according to Guilliams.

VSU is not only focused on the pitching aspect of the game, though.    Returning starters include sophomore third baseman Michael Gouge, junior catcher Bryant Hayman and senior outfielder Matthew Fears.
“I believe (Gouge) is one of the leaders on our team even though he is a sophomore,” Guilliams said. “He played a very good third base for us last year… He had an outstanding year as a freshman and I think he will
have an even better year as a sophomore. I think he is going to be one of our top dudes”

Hayman was honored by being named to the GSC All-Tournament Team. Fears batted .407 last season in 21 games.

“Fears and Hayman had great seasons, too and I expect the same from those guys,” Guilliams said. “I have not seen anything thus far that makes me think those guys are not going to play well.”

One of the newcomers to the team is senior outfielder Jimmy Dowdell. Dowdell spent 2011-13 with D-I school Boston College who plays in one of the toughest baseball conferences in the Atlantic Coastal Conference.

Guilliams is excited to have him added to the roster and has high expectations for the former ACC starter.

VSU hosts its first games of the season in next weekend’s doubleheader on Feb.1 and Feb. 2.

This is written by Alex Tostado.

With the widespread shut down of sports at all levels, including all spring sports at ...