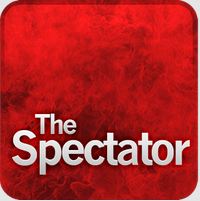 SAVE’s (Students Against Violation the Environment) divestment campaign now has the support of the Student Government Association.

The SGA voiced their approval at their Monday night meeting, a few months after SAVE failed to gain the SGA’s support.

SAVE President Danielle Jordan attended the meeting and explained that divestment−meaning withdrawing investments−from fossil fuel companies would bring about a minimal impact to VSU’s endowment fund, if an impact existed at all.

Jordan called the 5 percent an estimate based off of a national average of endowment portfolios, and the actual number is unknown because the VSU Foundation has not given SAVE the exact number.

Senator Matt Cowan, who attended an informational session of SAVE after the initial SGA rejection, explained where the divested money would go.

“The money will be going to, if I’m correct, long-term investments toward more green-fuel projects,” Cowan said. “In the long-term end of it, it would actually increase profit.”

Cowan also said that with the amount being so low, the endowment portfolio would not be damaged by a company going bankrupt.

Jordan explained that re-investment would be an ideal situation, but the current goal is to divest from fossil fuel companies within the next five years.

Senator Micah Howell wondered out loud just how effective this divestment would be.

“The 5 percent seems like a walk around [the actual amount],” Howell said. “If we go for it or not go for it, we as a senate cannot physically do anything.”

Senator Tamelonie Thomas suggested that SAVE start up its own portfolio and compare it to the VSU Foundation’s. Thomas said she did not like the idea of severing relationships with fossil fuel companies, and there were no guarantees with cleaner energy companies.

“This is not the gold rush that was happening in Alaska,” Thomas said.

With the support of the SGA, SAVE will now go to VSU’s president, Dr. William McKinney, for support and then to the VSU Foundation.

Jordan said a rejection of the proposal would reflect badly on the VSU Foundation.

“It would show a lack of concern for what the student body wants, what the SGA wants, and the Faculty Senate is in favor of it as well,” Jordan said.

The faculty senate voted unanimously to support the organization back in November while simultaneously condemning the VSU Foundation for the way it rejected SAVE’s suggestion of divestment.

Dr. Michael Noll, faculty advocate for SAVE and parliamentarian for the faculty senate, called the proposal a win-win situation.

“It is, from an economic point of view, the best thing to do, if you look at the performance of solar stocks versus fossil fuel stocks in general,” Noll said.

Noll expressed the hope that both SAVE and the VSU Foundation would sit down and work out an agreement to get this done.