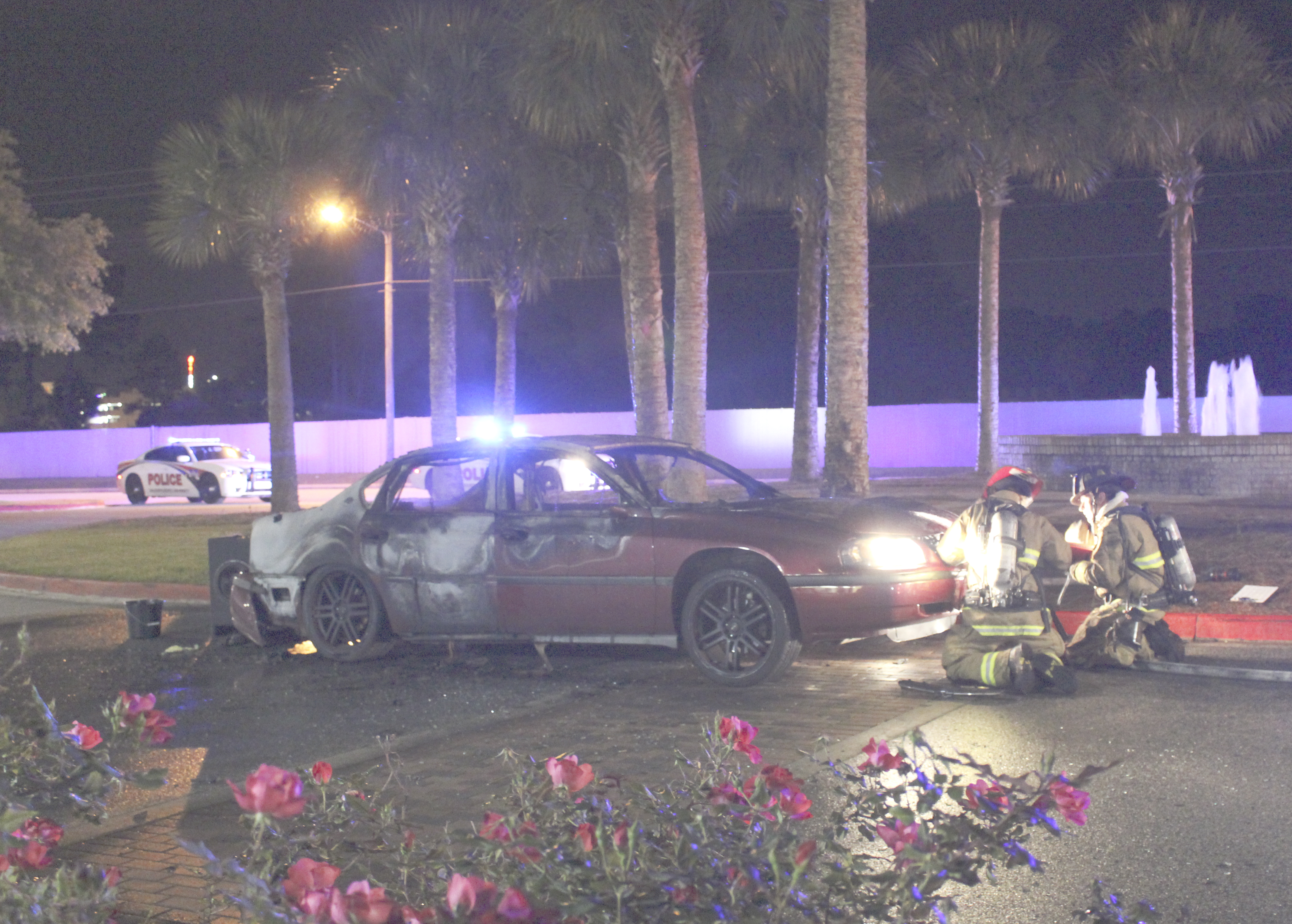 On Monday, a VSU student’s car caught fire in front of Centennial Residence Hall around 9:15 p.m.

Brandon Grace, junior biology major, said he smelled gas and saw his car starting to smoke. When a small fire started, he told his girlfriend to call 911 and began running in and out of Sustella Market to get water from the market’s sink, trying to put it out before it got big.

Despite Grace’s efforts to put out the blaze, the fire eventually grew to cover the rest of his car, mainly the area near the gas tank.

VSUPD arrived and directed students away from the fire for their safety.

Firefighters were able to put the fire out and then worked on opening the hood of the car before loading it onto a truck.

“I thought it was someone smoking weed outside since yesterday was 4/20,” Raymond Fontanez, senior chemistry major, said before finding out what happened. “I wouldn’t have guessed it was a car.”

The police report addressing the incident will be available to the public Friday.