This story was written by Chris Webb.

Valdosta State (3-2, 1-2) dominated from the opening kickoff in a game that was declared a must win by head coach David Dean earlier in the week.

“I am really proud of our players,” Dean said. “We wanted to come out and make a statement and these kids did just that; coming out with a win to start the second half of the season is crucial.”

“It’s all I have heard about since I got here,” first year Blazer Jake Medlock said. “Right now it’s in Valdosta, and thankfully it is going to be staying here.

UWG was still in the game at halftime with the score only 16-3 in favor of VSU.

However, a horrendous third quarter from the Wolves offense allowed the Blazers to run away with it.

Behind running back Austin Scott and quarter back Jake Medlock, VSU outgained UWG 194 to 14 and never looked back.

Scott and Medlock looked unstoppable running the read option. Scott finished with 135 yards on 12 carries while Medlock added a touchdown and 145 yards of his own on 26 carries.

Medlock also had success in passing the ball going 10-18 for 231 yards and 3 touchdowns.

The Blazers collectively finished with 586 total yards of offense compared to only 261 from UWG.

UWG, who entered the contest averaging over 400 yards a game, couldn’t get anything going against an athletic VSU defense that appeared to be all over the field.

The Wolves dangerous duo of Seth Hinsley and Brandon Lucas were kept quiet for most of the day combining for only 97 yards on 23 carries, over 50 yards shy of their season average.

The Blazers defense has shown early success in stopping the run this season.

Giving up only 3 yards per carry this season, the “Black Swarm” defense has been a nightmare for opposing running backs all year.

“We cater to stopping the run,” linebacker Justin Williams said. “We aren’t going to let any team over power us and run the ball down our throat. If you want to beat us your only chance is going through the air.”

It wasn’t just VSU’s offense and defense that showed up big tonight. Special teams played a key role in coming out and grabbing a 16-3 halftime lead.

Kicker Anthony Pistelli was 4-4 on the day including two 48-yard field goals early in the second quarter, giving VSU a 6-3 lead they would not surrender.

The four field goal performance was the first for a Blazer since 2004 when Will Rhody had four against Central Arkansas.

“It feels good,” Pistelli said. “Usually kickers don’t have that big of an impact on the game, so for me it’s just nice to come out and help my team get this win.”

The Blazers will head to Mississippi next week to renew a series with a “new” Gulf South Conference foe in Mississippi College. 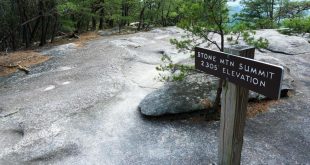