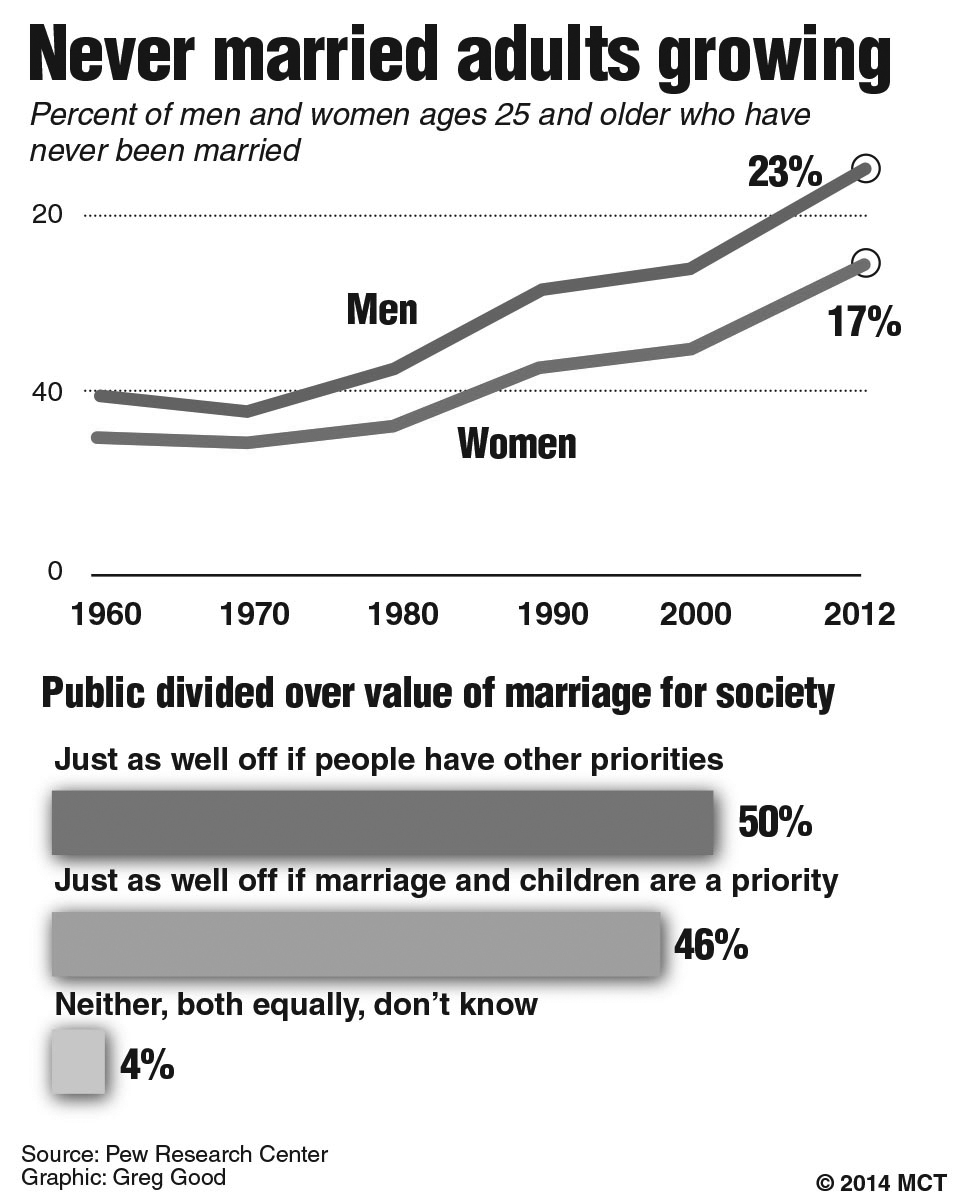 Why women choose not to marry

A recent CNN article states that women are now getting married at a later age or even not at all.

According to this article, titled “Why more women choose not to marry,” 53 percent of women over 18 are in the “single” category. Author Pepper Schwartz believes that the reason so many women are single is simply because they have the choice.

At one point in time, women could not make the decision as to whether they would marry, who their husband would be or how many children they would have. Women now have the choice to pursue an education and start a family.

What seems to be the problem is that after pursuing an education and finding a stable career, women feel too old to begin a relationship. By the time they have stable careers, they are between the ages of 35 and 40 and are content with their lives as is.

Schwartz uses Oprah Winfrey as an example of a successful unmarried woman. She basically says that a husband is useless to Oprah. Rather than having a companion, Oprah is more than able to take care of herself.

As much as men do not want to admit it, I think they feel inferior to a woman who makes more money than they themselves do. Marriage tax could also be another reason why women are single.

Schwartz says another reason women are reluctant to marry is that some women make so much money that getting married would inflict on economic costs. This means the woman would have to pay more taxes if she married someone with equal or higher income.

Fewer women than ever are deciding to marry, leading people to question the ultimate implications of marriage.