This season, Blazer basketball has the keys to a German import.

With that success under his belt, Dejworek looks to test his skills at the college level.

“We played great teams and we traveled a lot with Furtah over the country,” Dejworek said. “I think [the state title] prepared me to be a part of a very good D-II level team at VSU.”

In contrast to American style big men, Dejworek prefers to operate from the perimeter, but steps inside to do damage as well.

“I’m definitely the opposite of the American big man,” Dejworek said. “I’m more finesse, which is more taught in Europe, not the dunking and stuff. I’ve got to develop my physical game here.”

“VSU has a huge diamond in the rough,” Fries said. “We knew last year he’d be a high level player. He’s a tremendous shooter. I believe he shot 47 percent from three for us last season.”

Fries traveled with Dejworek to VSU to work out in front of Blazer Head Coach Mike Helfer.

Dejworek will be counted on for rebounding and rim protection, but it is his offensive skills that open eyes instantly.

“I just don’t think you have kids that are super skilled that are very tall,” Helfer explained. “He’s probably 6’10” and he’s got the skill level of a guard. That jumped out at me right away—it’s not only the ability to shoot and handle the ball, but his passing. On his visit, his passing was impeccable.

“He’s just a very tall, skilled kid that’s not a pencil—he’s got some size on him and he’ll get bigger and bigger as he gets older.”

If that sounds familiar, it will be for many basketball fans. Dejworek idolizes fellow German and NBA superstar Dirk Nowitzki. Like Nowitzki in his early years, Dejworek’s defensive skills and physicality need to develop.

Fries believes that Dejworek can use his size to improve on his defense.

“The physicality at the college level is so much greater,” Helfer said. “I think his biggest issue would be adjusting to the physical part of the game. I think he likes contact—which is a great attribute to have—and he can handle contact already. He doesn’t get smothered out there.”

Dejworek takes his coaches’ constructive criticism in stride and embraces the challenge to improve every day.

“I like that my coaches push me defensively,” Dejworek said. “That’s my only issue right now—defense and getting stronger. I like that they push me with that because what I need right now is to play good defense. It’s not taught very much in Europe, defense isn’t much of a basketball impact.”

Like many college freshmen, Dejworek, whose father is a doctor and mother is a physical therapist, is not yet sure what he will major in at VSU.

“Right now, I major in physical education but I’m kind of going off of it,” Dejworek said. “I’m undecided but I’m choosing between international business and psychology.”

Dejworek arrived in the States as an exchange student prior to his junior year in high school. With offers from Division I University of North Carolina-Greensboro among others, Dejworek preferred the South Georgia scenery.

“I definitely like that it’s in the South,” Dejworek said, smiling. “I like the warm weather. We have a great coach in Coach Helfer. The facilities are not D-II like, they’re more D-I like. All of those aspects made me choose VSU.”

When asked what the differences are from his home in Germany to the States, Dejworek had one word in mind.

Dejworek, who speaks unmistakably German-tinged English, has two older brothers that played Division I basketball: His older brother Philip, a 6-foot-9 forward, played at the University of Portland from 1997 to 2001 and averaged 6.4 points per game in 105 career games for the Pilots. His brother Mike, who stands 6-foot-11, played sparingly at Belmont and The Citadel before embarking on a coaching career in Europe.

From his time at Furtah Prep, Fries believes Dejworek has a unique ability to not only learn the American lifestyle but to offer his German perspectives.

“Nils is a wonderful kid,” Fries said. “He works hard in the classroom and on the court. I had him in my Government class and Nils was always participating and many times he was giving us the European point of view on things.”

With the Blazers’ season tipping off Nov. 14, Dejworek looks forward to his first taste of the college game.

“My expectation, first of all, is definitely getting some playing time here,” Dejworek said. “[Coach] said I’m getting playing time here being a backup for [Colin] Cook, our senior center, and I’m just excited to get better.”

Helfer also expects great things from Dejworek and praises his willingness to learn.

“I think he has a tremendous upside,” Helfer said of his freshman big man. “He’s a very good person and is willing to learn and doesn’t think he might know it all like some of today’s kids. He’s a sponge—he’s just soaking everything up.

“He’s one of those kids where you just love being around him. I think that upside will be developed because he’s willing to be developed and listen.” 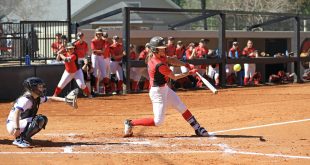 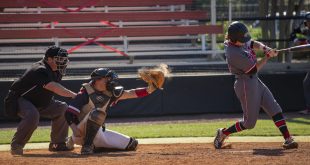