Home / Sports / Golf / VSU Brings in its Hall of Fame 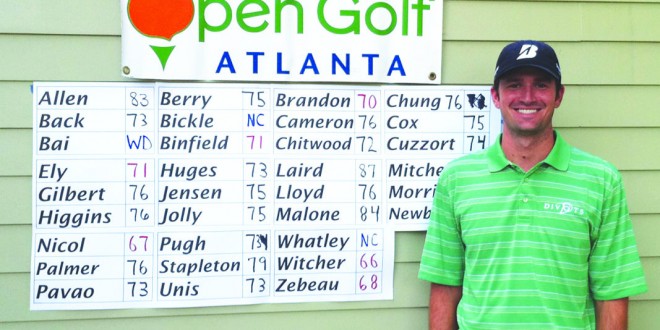 VSU Brings in its Hall of Fame

Bring on the stars for the VSU Hall of Fame Inductions.

The VSU 19th Annual Hall of Fame Induction Ceremony will be held on Saturday at noon in the Student Union Ballroom. Tickets for this limited space ceremony are 25 dollars a person.

The ceremony will celebrate seven class members, including alumni athletes and boosters.

“Re-connecting with those that built the Athletic tradition we have today is really an exciting time,” Sports Information Director Shawn Reed said. “No matter the age of the inductees, young or old, you get a since that all are still Blazers and take pride in the accomplishments we are enjoying today.”

According to Reed, in order to be eligible to be inducted into the hall of fame, an athlete, coach, or contributor has to have made a significant contribution to the success of the Blazer athletic program and athletes must have completed their eligibility at least five years ago in order to be considered for the Hall of Fame.

Ekkenga played men’s tennis from 2007-2009, winning the All-American honors each consecutive year he played as a Blazer and also won a spot in the NCAA Championship match in 2007 as a Freshman.

Jones was a men’s basketball player from 1982-1987, scoring 1, 971 career points, which is the second highest in school history, according to Reed.

Odom graduated from VSU in 1974 and has been a booster and VSU sports fan for almost four decades. Odom has also worked on the Valdosta State radio crew for football for the past 17 years.

Kuhns played for the Lady Blazer’s basketball team from 2004-2008. She earned the honorable mention All-American honors in the 2007-2008 season and was also named first team All-Gulf Conference in 2007 and 2008, while playing in every single game, 122, throughout her career at VSU.

Phillips was a member of the men’s basketball team from 1966-1968, throughout which he earned the All-American honors award and was named All- Conference and All- District two years in a row. He also received honorable mention All-American in 1967.

Dr. Toth worked for VSU for 26 years, while serving as the Dean of the Education program for 17 of those years. He was a key part of the development of the VSU athletic program, including the start of the Blazer Football program in 1982. His dedication to the VSU programs helped move the Blazers from the NAIA ranks to the NCAA and the Gulf South Conference.

Witcher played on the golf team in 2008 and 2009, earning All-American honors for both years and becoming the only VSU golfer to achieve the honor of the Jack Nicklaus Award winner as the nation’s top Division II golfer in 2009.

“Valdosta State takes pride in only inducting the best of the best,” said Reed. “Counting this year’s class, only 101 people and three national championship teams have been inducted into the Athletics Hall of Fame. Each represent the very best that have put on a uniform, stood on a sideline or supported our athletes over the years.”

2015-01-24
Kayla Stroud
Share
Previous The Distinguished Women of Excellence succeed like girls
Next Je Suis Charlie: Our promise to you