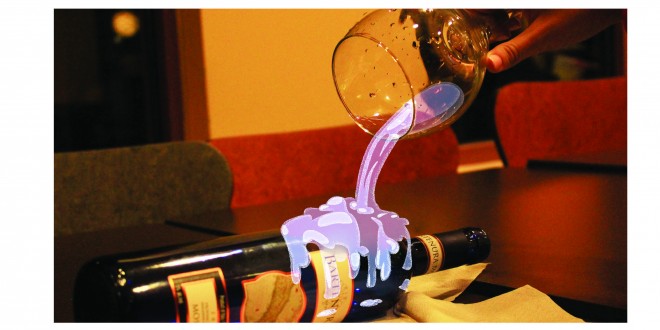 The next alcoholic novelty is here.

Powdered alcohol, also known as Palcohol, is gaining widespread attention across the country, but it’s not all good. Public concern over the new substance is growing, and many are working to have it banned in the United States.

Some legislators, city officials and parents are concerned that Palcohol can be too easily misused and abused, especially at schools and on college campuses.

Mark Phillips, the creator of Palcohol, along with others who support the product, says that it is no different from a liquid alcohol, and that it would be distributed in the same venues alcohol is sold in now.

Phillips questions why anyone would want to ban a product with all of its benefits to society, saying it has commercial, industrial, medical, and economic uses.

“Because it’s lightweight, Palcohol could really make a difference, and that’s just a few uses,” Phillips said. “It’s the tip of the iceberg of possibly many more positive money-saving, maybe life-saving applications for powdered alcohol.”

Alcohol consumption among college students has always been a big issue.

On Feb. 11, VSU hosted an alcohol forum on several topics, such as how much alcohol is too much and the real-life consequences of getting a DUI. Students who attended were taught how to prevent alcoholism and recognize the signs of a developing problem.

“I have a few friends who binge drink on occasions, and I don’t even think they realize it,” Asia Williams, nursing major, said at the forum. “I saw firsthand how alcohol and partying can change someone’s life completely.”

Many students share a negative opinion of Palcohol, while others feel it is not so bad.

“Honestly I don’t see the problem with it,” Christine Charles, nursing major, said. “People abuse alcohol now, so they’d just do the same for the powdered alcohol.”

Powdered alcohol has not been approved for public release, but its use has already been banned in five states. The Georgia legislature has not made a decision on this matter yet.