‘We train, We win’ pays off

The Valdosta State Men’s Rugby Club continues to be the buzz this side of the state. The club that made it all the way to Nationals 7’s last year is hoping for a repeat come May. But taking each match one day at a time is their focus; just as it was a few Saturdays ago against Morehouse College.

On a warm February afternoon the men met their opponents on the north campus field. Not knowing what to expect, VSU anticipated nothing less than a challenge against the (then undefeated) Tigers. Just the week before Morehouse had come off of an 80-0 win over Emory.

Rugby President, Scott Laffler, expressed a mixture of excitement and nervousness before the match. It was the first match of the year for the club; all other games were cancelled due to weather and a forfeit win. Though they hadn’t yet faced an opponent, they were ready for a fight.

“I had confidence in the preparation we had been doing. They weren’t just going to come down and beat us on our own field as easily as they had Emory,” said Laffler.

Morehouse proved to be stiff competition in the early stages of the match, but the Blazer’s overall endurance and experience proved to be the prevailing factors that led to their dominance. The tigers managed to sneak one try on VSU, but the Blazers came out on top, 82-5.

The club donned Freshman Hunter Whitley as “Man of the Match” for his refusal to be just another player on the field. Whitley contributed his ability to unleash his “inner beast” to music.

To no surprise the Blazers smashed the Tigers, but they are still looking to improve specifics in their game. For upcoming matches, the team has been focusing on areas of improvement such as quickly getting back 10 meters on penalties and avoiding offside violations.

“There’s always room for improvement. The theme for our season is finishing. Not letting up from start to finish,” said Laffler.

Their next big opponent: North Georgia.

“They have a good team. It’s not always about the biggest or fastest team, but about creating opportunities on the field. It’s all about strategy,” stated Laffler. “You can easily get lost amongst all the chaos, but both teams are good at staying focused.”

Only being a club for just short of 5 years, they have impressed just about everyone. Last year they scored a sum total of 314 points during the season, not once letting an opponent score against them.

Proud fan and friend of the team, Tiera Nixon, expressed her opinion on the club.

“More people should get involved. I think they are impressive and they deserve the attention. We give our support to other teams, but we should definitely be supporting one that performs so well,” said Nixon.

Success on the field is a major factor in the clubs popularity, but even more evident is their camaraderie off the field.

“Yes, we love to win, there’s no denying that, but in reality, if we didn’t care for one another on a personal level, then how could any of us stand shoulder to shoulder on the field with a 250 pound human being barreling toward us, and wholeheartedly believe that together we can bring this behemoth down,” said Laffler. “I love this club and all its members. Always will.” 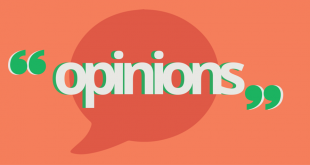 A phish out of an email; a recent phishing attack sent through VSU emails