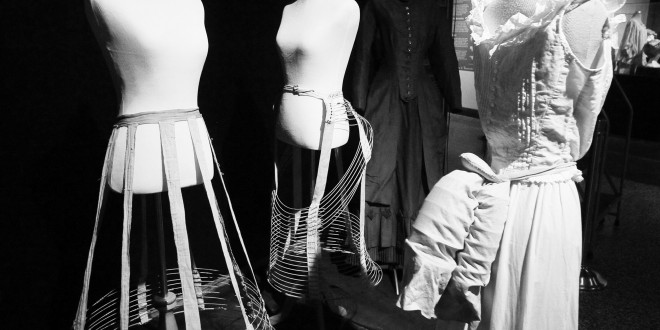 It seems as though since the SAE scandal at the University of Oklahoma, schools are doing whatever they can to prevent sororities and fraternities from doing anything that may seem racist. Several schools are beginning to take precaution with anything that can cause a racial uproar. Now, sororities at the University of Georgia are no longer allowed to wear hoop skirts.

Greek leaders at UGA are banning hoop skirts because they are often associated with the Confederacy. However, demonstrate a fashion and style that was popular during the Confederate, but it’s not as though hoop skirts actually served as a Confederate uniform.

It’s pretty sad that one fraternity member had to ruin the fun for every Greek organization member. It isn’t right to punish all Greeks for one person’s action because not everyone is doing something wrong.

It makes absolute sense that UGA would ban fraternities from wearing Confederate uniforms, but hoop skirts aren’t even about the Confederacy. The vice president of UGA’s student affairs said that banning the hoop skirts is a step toward making progress. How is progress being made if there was really nothing wrong with wearing hoop skirts in the first place?

It is clear why UGA is trying to stay on the safe side by banning hoop skirts. However, they shouldn’t look to find something wrong with something as simple as a skirt. Everyone’s fun can’t be sacrificed at the expense of a mistake that one person had to make.

Previous Blazers Brought Down By CSU: Blazers men’s tennis drop to 12-5 record after losing to cougars
Next Required voting results in uniformed votes