Students who left college can still get a associate’s degree

Each year, millions of Americans make the decision to go to college; however, not all of them actually graduate. The University System of Georgia is combining its efforts to make sure that those who earned some college credit can obtain an associate’s degree that they may have never known they had.

Whether it is due to the inability to manage finances, work, school or personal life, 70 percent of Americans attend college, but less than two-thirds of them graduate, according to College Atlas.

The USG has teamed up with Parchment, an academic credential management system, to create “Credit When It’s Due.” The program, funded by a grant from Lumina Foundation, allows former college students who have met the requirements for an associate’s degree but did not actually receive it, to be awarded an associate’s degree. The program is available at several colleges in Georgia, including Valdosta State.

“Today there are thousands of Georgians who have invested some time in college without completion of enough courses to earn a bachelor’s degree,” Dr. Barbara L. Brown, assistant vice chancellor for transitional and general education, said in a USG press release. “The courses these students did complete, however, may qualify them for their associate degree.”

Working with Parchment will allow credits to be transferred more quickly and for student documents to be sent and received faster.
“USG chose to combine forces with Parchment because of the company’s existing capabilities working with high schools, colleges, universities and their learners to make the process of requesting and sending academic transcripts faster, easier and more secure than ever,” Christie Poole, assistant account executive, said.

Eligible students will be contacted by email and encouraged to apply for an associate’s degree for no cost. 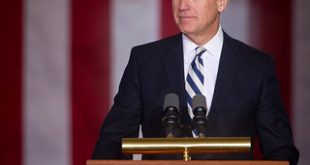 When 2020 began, many of us were not expecting just how life-changing, unprecedented and groundbreaking ...