Home / Campus Life / An inside look at the Media Arts Geniuses 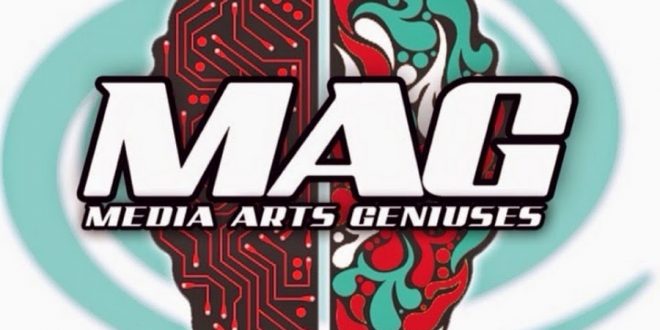 An inside look at the Media Arts Geniuses

Media Arts Geniuses, known as M.A.G., is an organization on VSU’s Campus for students to showcase their talent.

Created in the fall of 2012 by Juwan Andres and Edward Lawson, M.A.G. currently has about 80 members. The organization was made for those with performing arts backgrounds to come together and showcase their talent to the campus.

“They [Andres and Lawson] started the organization, basically, because they realized that there were a lot of students on campus, including themselves, who had talent but didn’t have that organization outlet to showcase their talent on campus,” Lauren Thomas, M.A.G. performer and a senior communication major, said.

“My experience as president has been what I think will be the most memorable aspect of my college career,” Stillwell said. “I have both struggled and triumphed in my position. My love for the organization and the people in it has grown tremendously. The organization has become something sacred to me and something I feel I must protect.

Once a student joins M.A.G, he or she has the opportunity to join any of the four committees, which include performance, media, public relations and event coordinating. Within that committee, each student has responsibilities that contribute to the success of the organization.

“The executive board leaves committee joining open so you can join multiple committees,” Thomas said. “They just want to make sure that when you join a committee you can fully commit to it and not be one of those people who joins everything but isn’t active.”

M.A.G. has a couple of upcoming events planned for the spring semester.

Evening of Geniuses, which is a campus award show, and the Fame Fashion show are a couple of events the organization has in store.

“We [M.A.G.] come together and start brainstorming ideas for events,” Thomas said. “There is no set leader when coming up with choreography or song ideas. It is truly a collaborative effort.”

Open to any student on campus, the next opening for new members to join M.A.G will be in the fall of 2017. To join, a student needs to attend the interest meeting, sign-up for an interview with the executive board and audition his or her talent.

“Individuals with passion should join M.A.G.,” Stillwell said. “Those who have talent at a great level or the work ethic to be a vital part of any of the committees found in M.A.G. should join. As to why they should join, because this is an organization that changes people. Through my years of being in M.A.G., I have not only just watched myself grow in my own craft but many other people.”

Previous Astronomy shoots for the stars
Next Album Review: I Decided