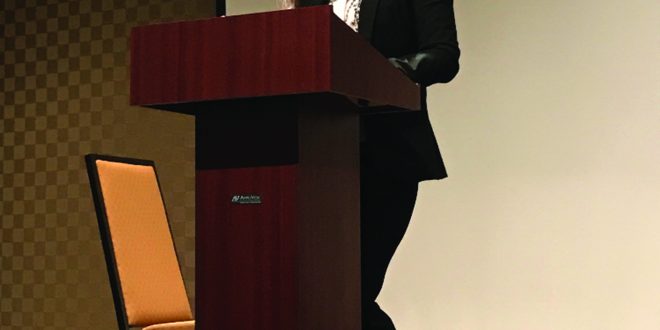 Writer branches out to VSU

Prospective student writers learned from a Georgia Hall of Famer on Feb. 23.

Janisse Ray is the author of six books and a collection of eco-poetry. Her latest non-fiction book, “The Seed Underground: A Revolution to Save Food,” has won five awards and deals with the exploration of the seed-saving community.

She was inducted in the Georgia Hall of Fame and has multiple awards, including a Southern Book Sellers Award for Poetry.

“You can find Janisse studying her culture and roots, digging in the dirt, getting feisty over pine trees and seeds around her,” Dr. Deborah Hall, professor of English, said, as she introduced Ray.

Dr. Hall told the audience Ray lives on an organic farm in Reedsville, Georgia, where she gets up at 5 a.m. and writes until her adopted daughter wakes.

Ray began by reciting her newly written essay, “Cheyenne,” to an audience for the first time.

“I will warn you all that this is a sad piece,” Ray told the audience.

While reading her essay, Ray talked about how her family became attached to a horse they bought. Because of the horse’s old age, it slowly began to die, and Ray’s family learned how to grieve from this incident.

Ray said “Cheyenne” deals with attachment and how the most enriching life a person can have comes from attachment to family, children and the natural world.

“The old mare grazed placidly through the pasture, wise, kind and sad, unable to recover from whatever had befallen her,” Ray recited from “Cheyenne.”

In her second essay, “Exultation of Elk,” she talked about her connection with animals and her experience with elk during her backpacking trip in Montana. Ray said she went to Montana and hiked in the wilderness with her husband and friends.

“The elk were a couple hundred feet away, and there were multiple in number,” Ray recited from “Exultation of Elk.” “I could see more bronze splashes and random movement. Unbelievably, elk poured like molasses behind the scrim.”

At the end of her reading, Ray answered questions from the audience about her books and writing techniques.

“My first memoir, ‘Ecology of a Cracker Childhood,’ came out in 1999 and alternates chapters about growing up on a junkyard in rural Georgia,” Ray said when asked about the books she has written.

“One should read voraciously and attend as many creative writing classes as possible, and just start practicing,” Ray said. “Like any skill, writing requires a lot of practice.”

Previous Police Chief candidate talks with students
Next Review: ‘Get Out’ 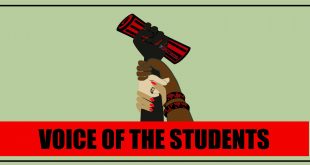