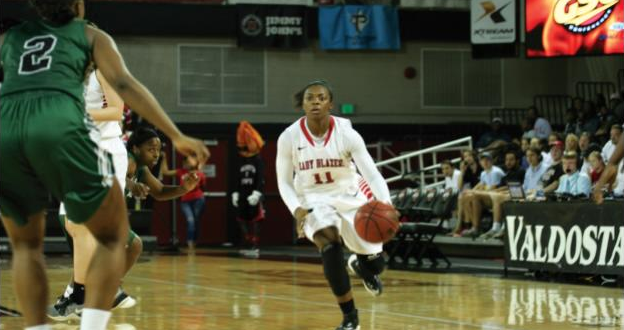 Unchartered territory is ahead for VSU Women’s Basketball.

In Carley Kuhns’ first year as head coach, she has produced two Gulf South Conference first team all-conference players. She also guided a team that was expected to finish eighth in the GSC to a conference tournament title.

Now that VSU is here, they are going to have to figure out how to navigate the national tournament.

The first stop on the road to a championship is in St. Petersburg, Florida, where the No. 1 seed Eckerd Tritons are hosting the South Region tournament.

VSU got an automatic bid to the NCAA DII tournament because of their GSC Championship win. They were selected as the No. 6 seed in the South Region and will face No. 3 Benedict College.

The Lady Tigers won the Southern Intercollegiate Athletic Conference for the third time in five years. The team went 14-1 in the conference and finished the season winning their last 15 games.

“We play a totally different type of basketball from them, which can benefit us,” GSC first-teamer Madi Mitchell said. “They’re really athletic and we’re going to have to play our game on the offensive end, but the defense is going to be huge for us.”

Defense was a major key in the Blazers’ victory over West Florida in the GSC championship game.

In overtime, they forced the Lady Argos to shoot zero of eight from the field for one point while the Blazers had 13 points.

The Blazers have to face the reality that they are six games away from doing something that has never been done at VSU: winning a Women’s Basketball National Championship.

Kuhns said she isn’t allowing herself or her team to think about that big picture right now.

“We’re just going to take it one step at a time,” Kuhns said. “We’ve got to move past the excitement of winning a championship and not let that cloud our focus. Right now our goal is to beat Benedict. Beat Benedict and then worry about the next game.”

The game against West Florida was something for the Blazers to build upon, but they cannot change what they’ve been doing all season.

The Blazers will face Benedict on Friday at noon with the chance to potentially face West Florida again on Saturday if both teams win in the first round.

“What got us here is going to have to keep us here,” Samone’ Dixon said. 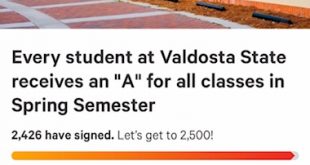 It’s no secret that all VSU classes have recently been converted to an online format ...