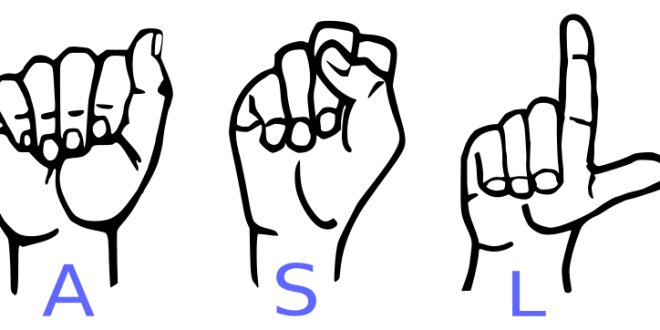 Students agree ASL should be a foreign language credit

The Merriam-Webster dictionary defines language as, “a systematic means of communicating ideas or feelings by the use of conventionalized signs, sounds, gestures or marks having understood meanings.” So why does VSU not offer American Sign Language as a foreign language credit?

Until earlier last week, I assumed ASL was a foreign language in a sense, so why not make it count toward the foreign language credit. It is a way of conveying one’s feelings and thoughts while also communicating with others. If ASL meets the same criteria as other languages, does that not make it a language?

“Adding anything as a new credit course requires a number of approvals from the department level on up,” Roy Pace, a professor of English, said. “Those approvals depend on the proposed need, faculty and governance. The broad interest in ASL is relatively recent, and some faculty members and administrators may not have seen a demand in the past.”

What Pace said makes sense. Since the interest in ASL is more recent, it will take time for it to find its place in schools. Many of the people I interviewed shared my thoughts on ASL.

“I think ASL should in fact be counted toward a foreign language credit because language is a body of words or a system used for those in the same community or the same cultural tradition,” E’quai’Jah Smart, a freshman psychology major, said. “ASL is its own language with culture whether it’s taught primarily in America or not. Living deaf is kind of foreign, therefore ASL is a foreign language to many.”

I believe that any written, spoken or gestured means of communication is a language. Language should not be limited to audible or written forms of conveying information.