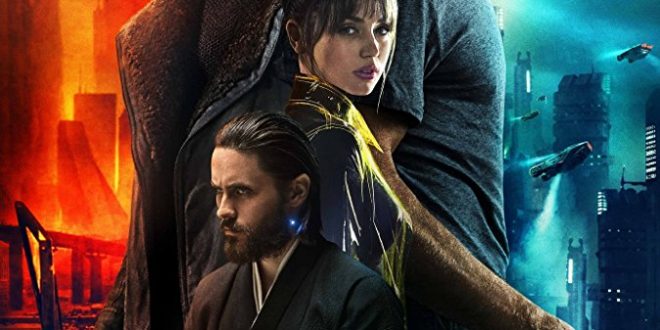 It’s been 35 years and Blade Runner fans are finally getting a sequel. Blade Runner: 2049, starring Ryan Gosling, is the newest installment to the Blade Runner franchise.

Blade Runner: 2049 was officially released on Oct. 6, and personally it wasn’t worth the wait. The movie relied heavily on the use of computer generated imagery and focused less on the story. In the first Blade Runner, 1982, starring Harrison Ford, there was generally more focus on story since graphics at the time weren’t so appealing.

The sequel stood on its own surprisingly well. If the audience hasn’t seen the first one, it truly has no impact on this movie. It’s quite easy to follow and comprehend without much reference back to the first film. Harrison Ford’s character did make a reappearance in the sequel, but his role was explained well.

I did love the CGI in the film, it maintained this futuristic, dark world that the first Blade Runner had, but just better. It was definitely appealing to look at compared to the first one due to modern day advanced technology. The world of Blade Runner is filled with holograms, bright lights, and high-tech gear.

The one thing that I really didn’t like about this film was the pacing. It was slow and dragged on nonstop. Every scene was a little too long. The director spent too much time developing a flat character rather than moving the story forward at a reasonable rate. It made the film almost unbearable and boring. The official running time for Blade Runner: 2049 is two hours and 43 minutes. When really, at max, it shouldn’t have been more than two hours.

I also wasn’t a fan of the characters themselves. They all fell a little flat and weren’t quite rounded to my expectations. Almost every character felt two-dimensional because the script didn’t allow the character to develop as much as I wanted. I believe the script was a little dry and the film was mostly uneventful.

All in all, the film has all the important Blade Runner characteristics: a mystery, a confused protagonist, a twist, and some sort of conflict between “races”. But, I wouldn’t waste my time or money rushing to see it if you aren’t a true Blade Runner fan because the movie is flat and ungratifying.

Previous Have some fun off campus
Next Weekly crime report: 10/2-10/8