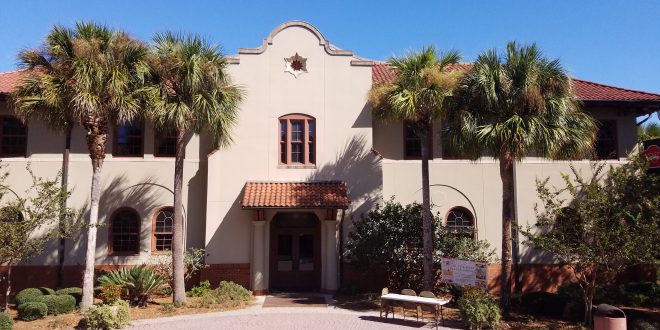 After years of using a three-digit numbering system for West Hall’s classrooms, VSU has decided to renumber them in favor of organization.

Plant Operations Director Ray Sable said that the renumbering came about in response to consistency issues.

“In general, we’re trying to change the number system across campus so it’s all the same,” Sable said.

Sable said that VSU wants all buildings to be on the four-digit number system. They are currently working building by building to get the renumbering finished.

“Some of the other buildings are three-digit and we renovate them or make changes as we go through them,” Sable said.

According to Assistant Director of Plant Operations Alan Sanderson, the renumbering will be “drastic,” meaning that the new numbers will be totally different.

“What we found in other buildings is that if you have a room on the first floor and it’s 1001, then on the second, you’d want that room to be 2001,” Sable said.

Junior biology major Earlene Jones said that she thinks the renumbering of West Hall is a good idea, but has never had an issue with its previous numbering system herself.

“It’s very easy for me to navigate,” Jones said. “I’ve never noticed West Hall to have a weird system so I think it’s cool.”

Though some students think it’s a good idea, others think the idea should be pointed elsewhere.

“I feel like West Hall is self-explanatory,” Karah Thompson, junior pre-nursing major, said. “I don’t see how people get confused.”

Thompson said that the change doesn’t really affect her since she’s never had a problem finding her classes in West. She also said she thinks that renumbering efforts should be put toward Nevins Hall since it is more confusing.

According to Sanderson, plant operations plans to have the renumbering done by the end of the week. Sable said they are also working toward renumbering other buildings but have no estimated date for its conclusion.

Previous Blazers need the long ball to upset No. 19 Delta
Next Review: ‘A Love Letter to You 2’ a piece of art