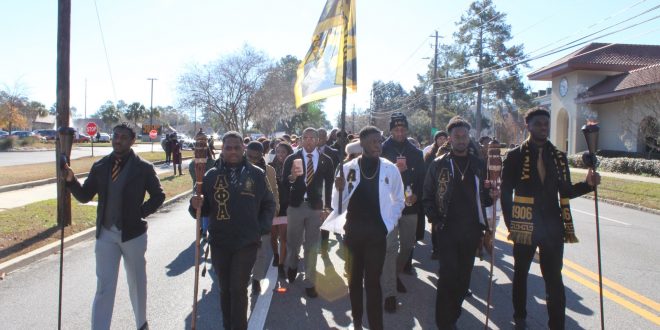 Starting at 11 a.m., the march began at the University Center lasting for about 45 minutes to an hour and a half. At its end, the march was immediately followed by a candle light vigil.

The march was important to both organizations for it honored King’s contribution to African American history. He was a brother of Alpha Phi Alpha and had heavy influence in NAACP as a member.

Mu Omicron sought to honor his legacy and asked NAACP to collaborate on the event that would change the campus.

“The MLK March is an event that NAACP and the Mu Omicron Chapter of Alpha Phi Alpha Fraternity, Inc. host to symbolize and acknowledge the efforts that Martin Luther King Jr. and others have put towards us receiving the rights that we have today,” Quiane Turner, NAACP membership coordinator, said. “It is so important to our organization because not only was Martin Luther King Jr. an important member, but his father was also the head of the Atlanta Chapter.” 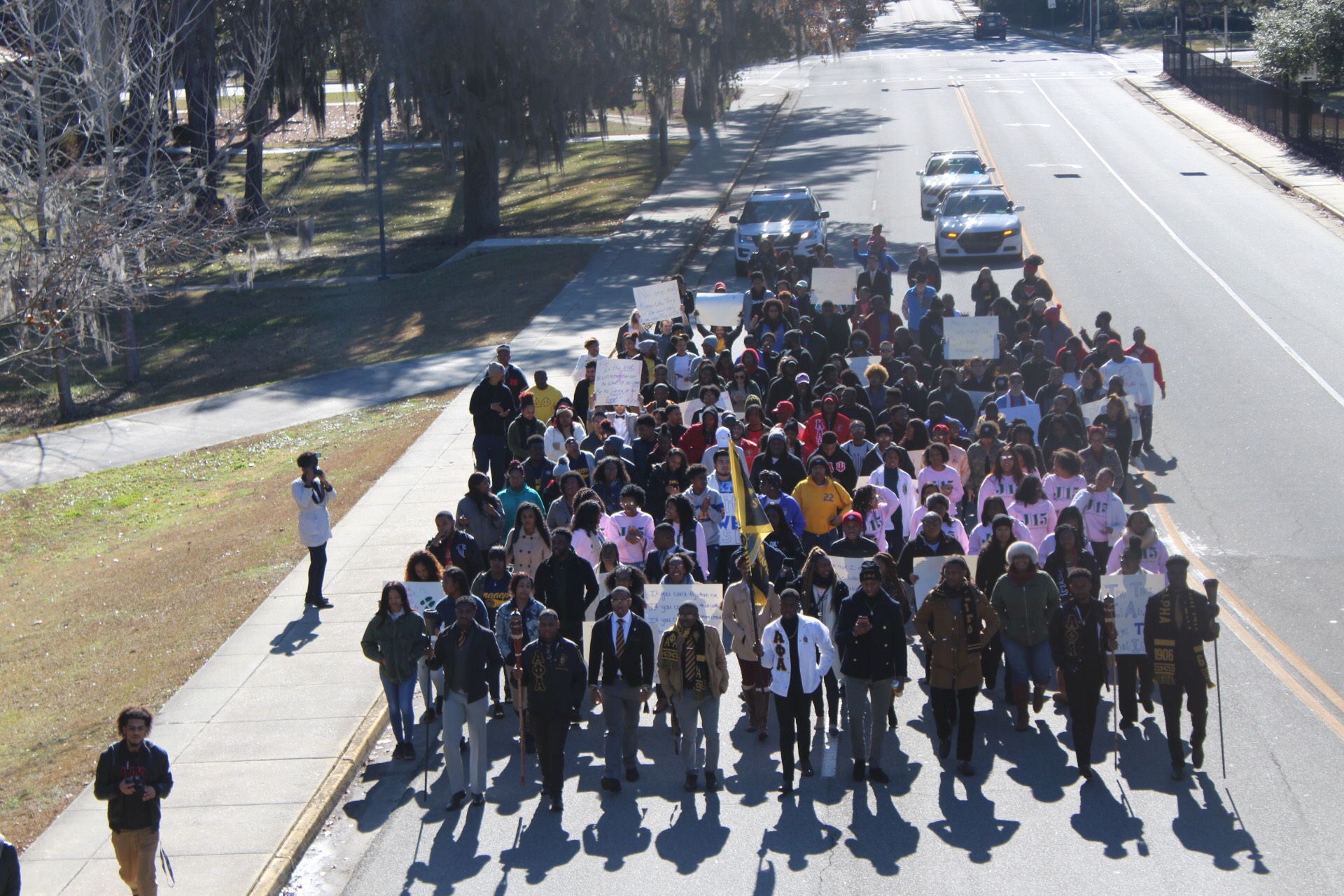 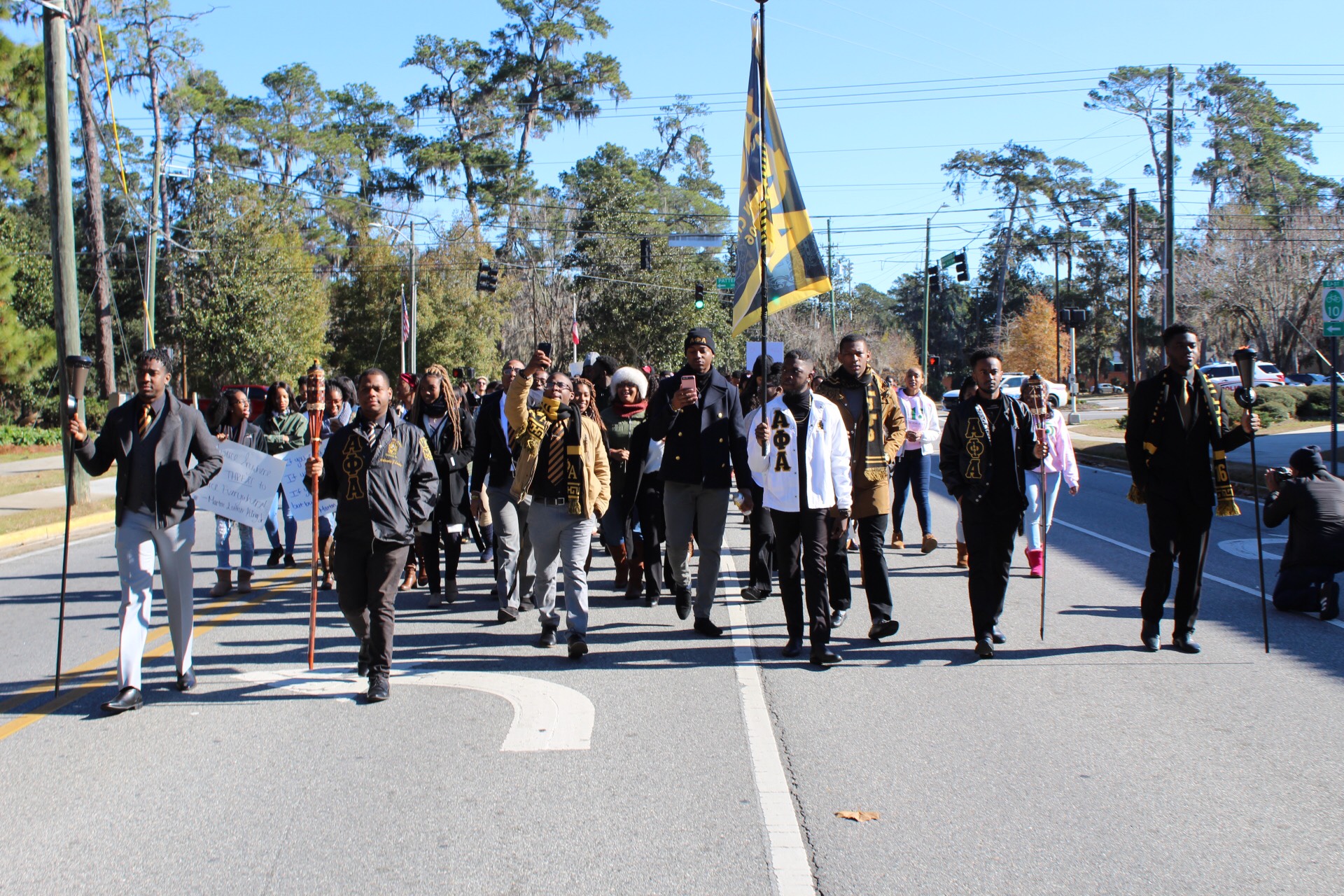 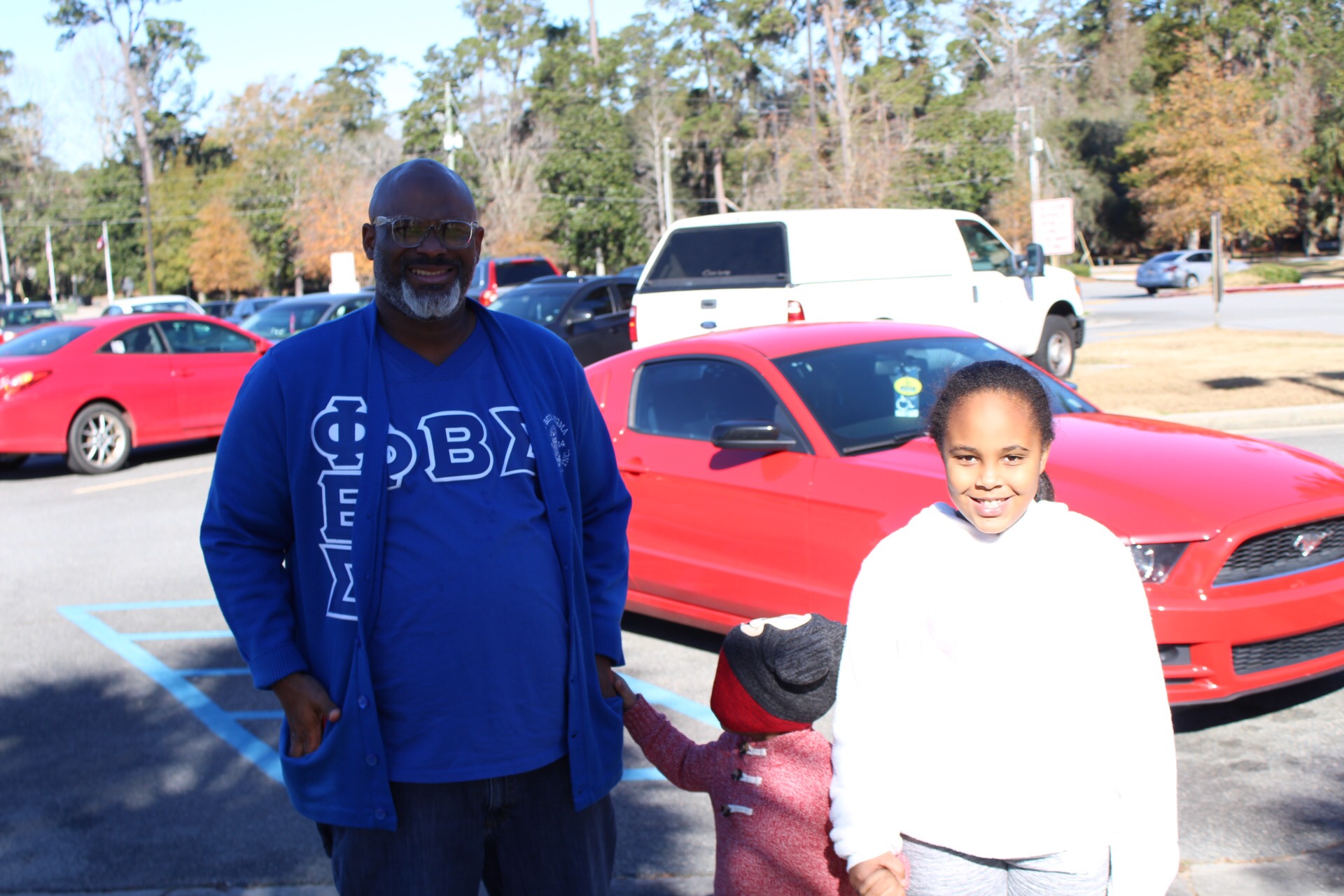 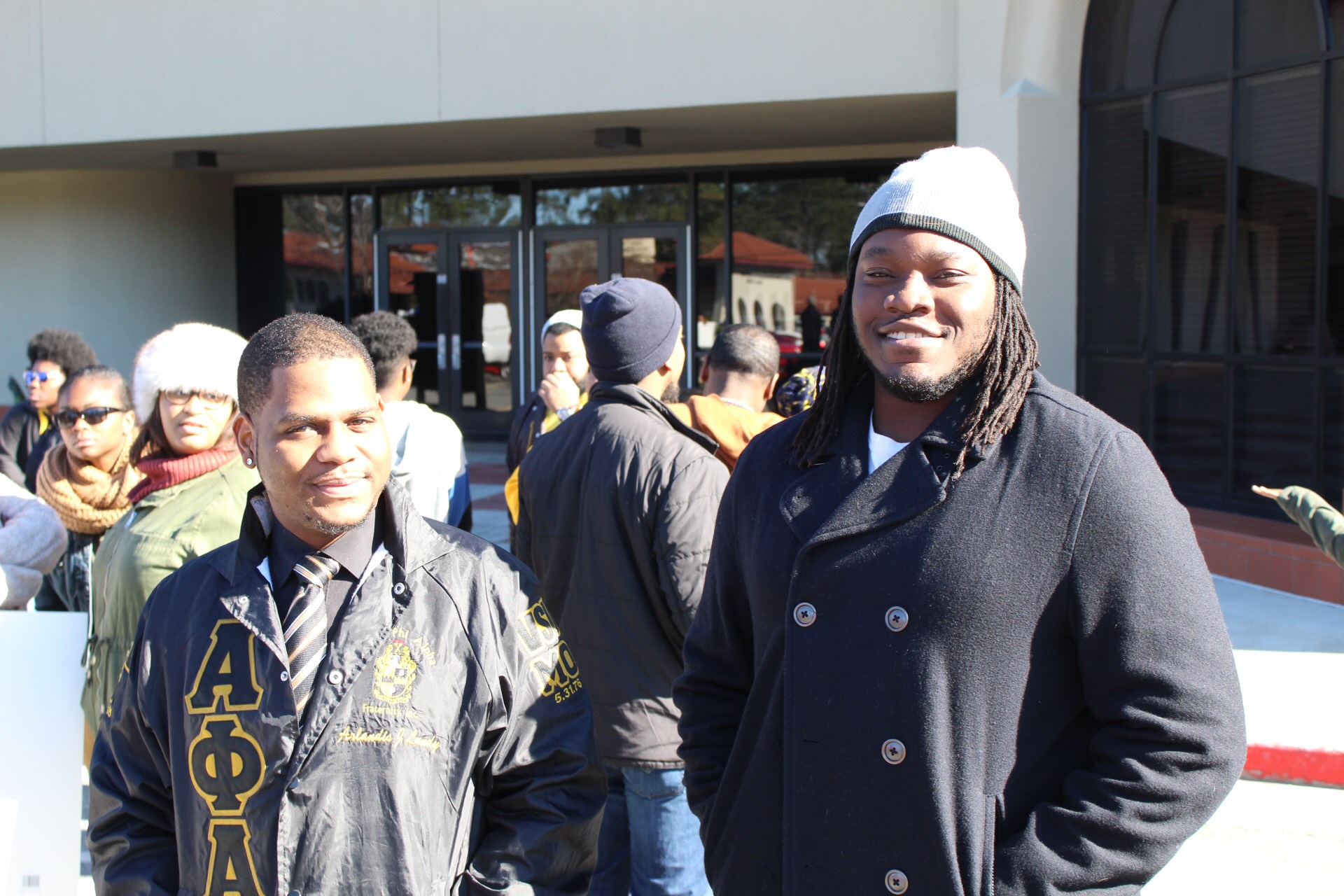 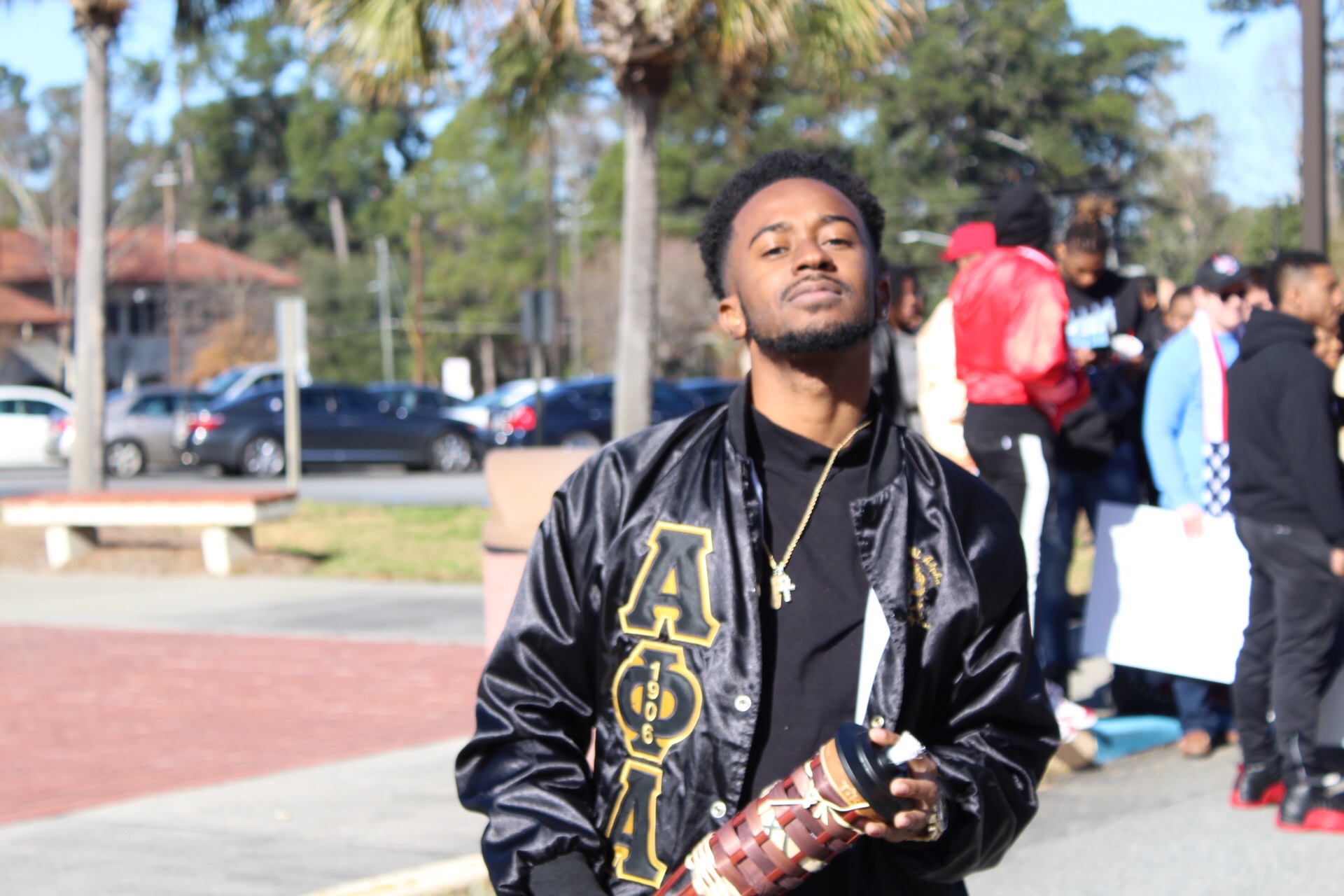 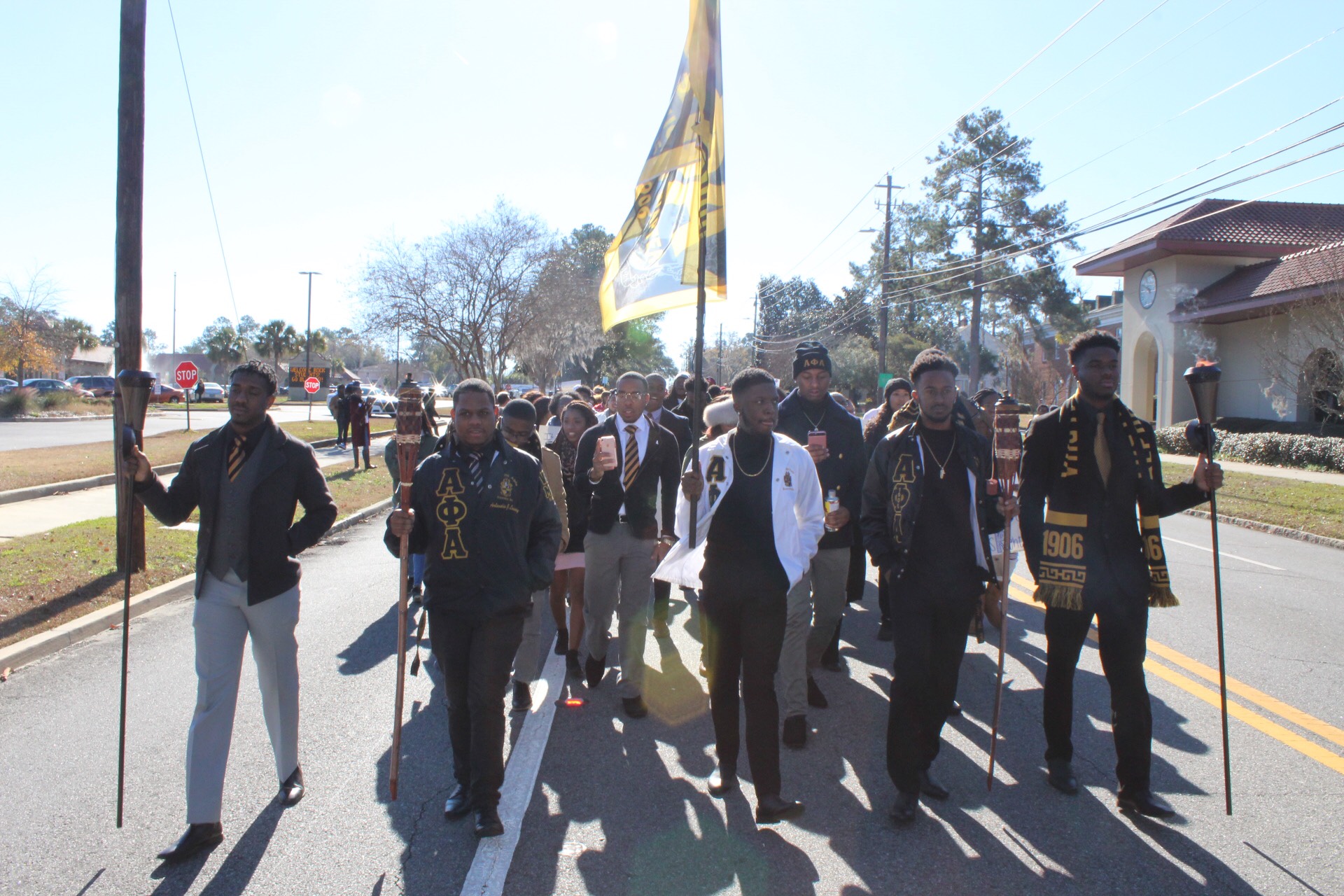 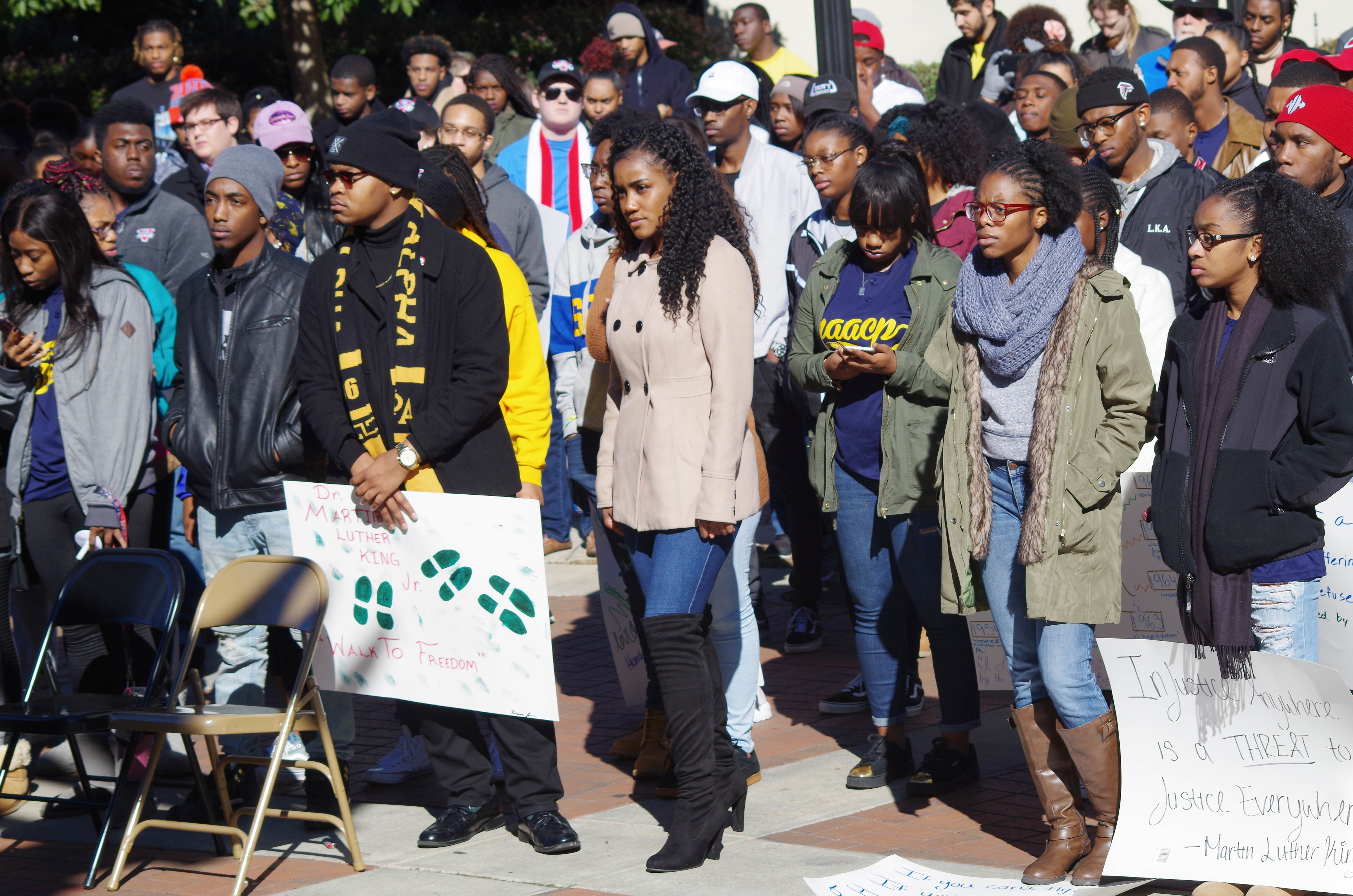 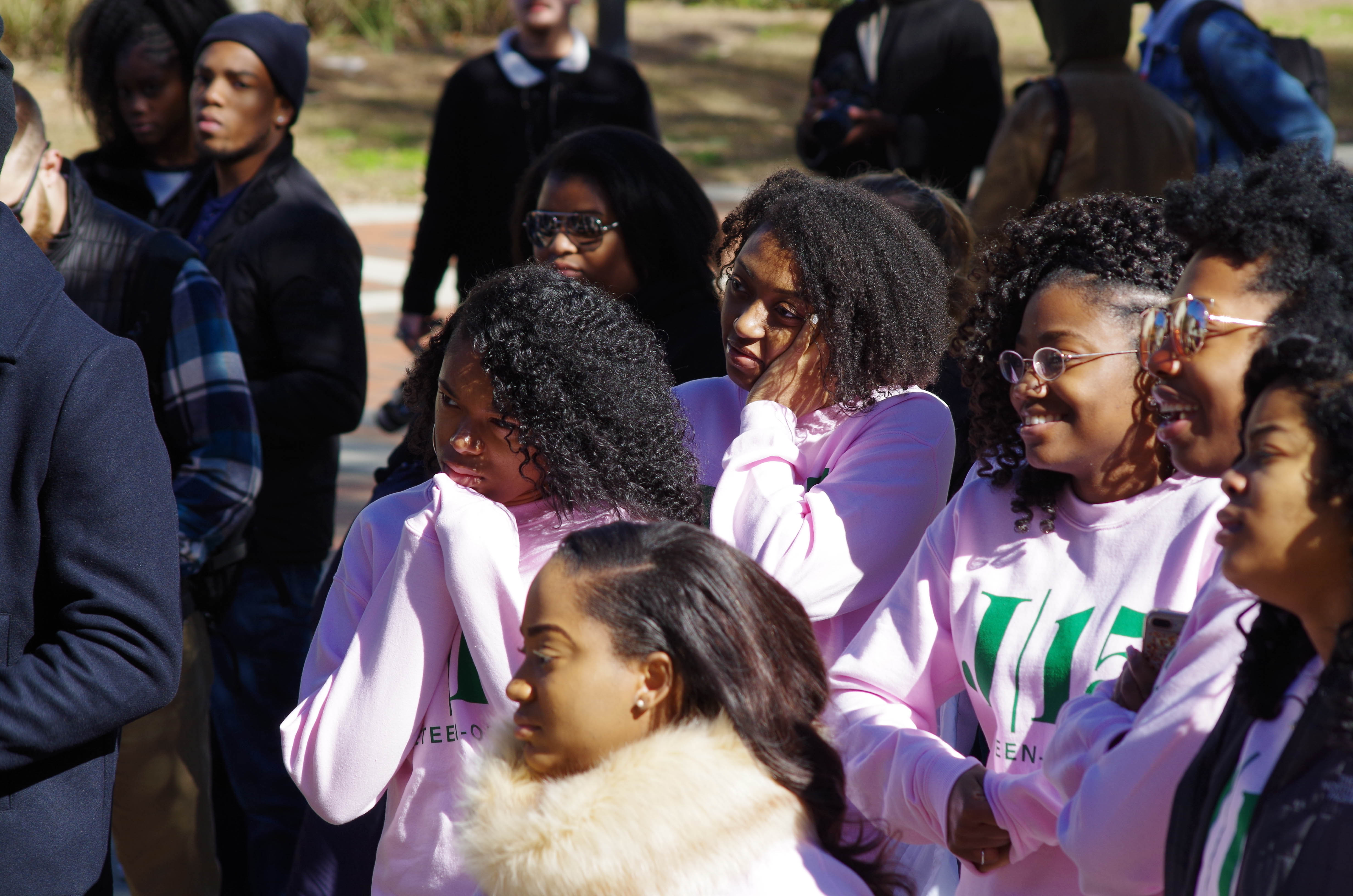 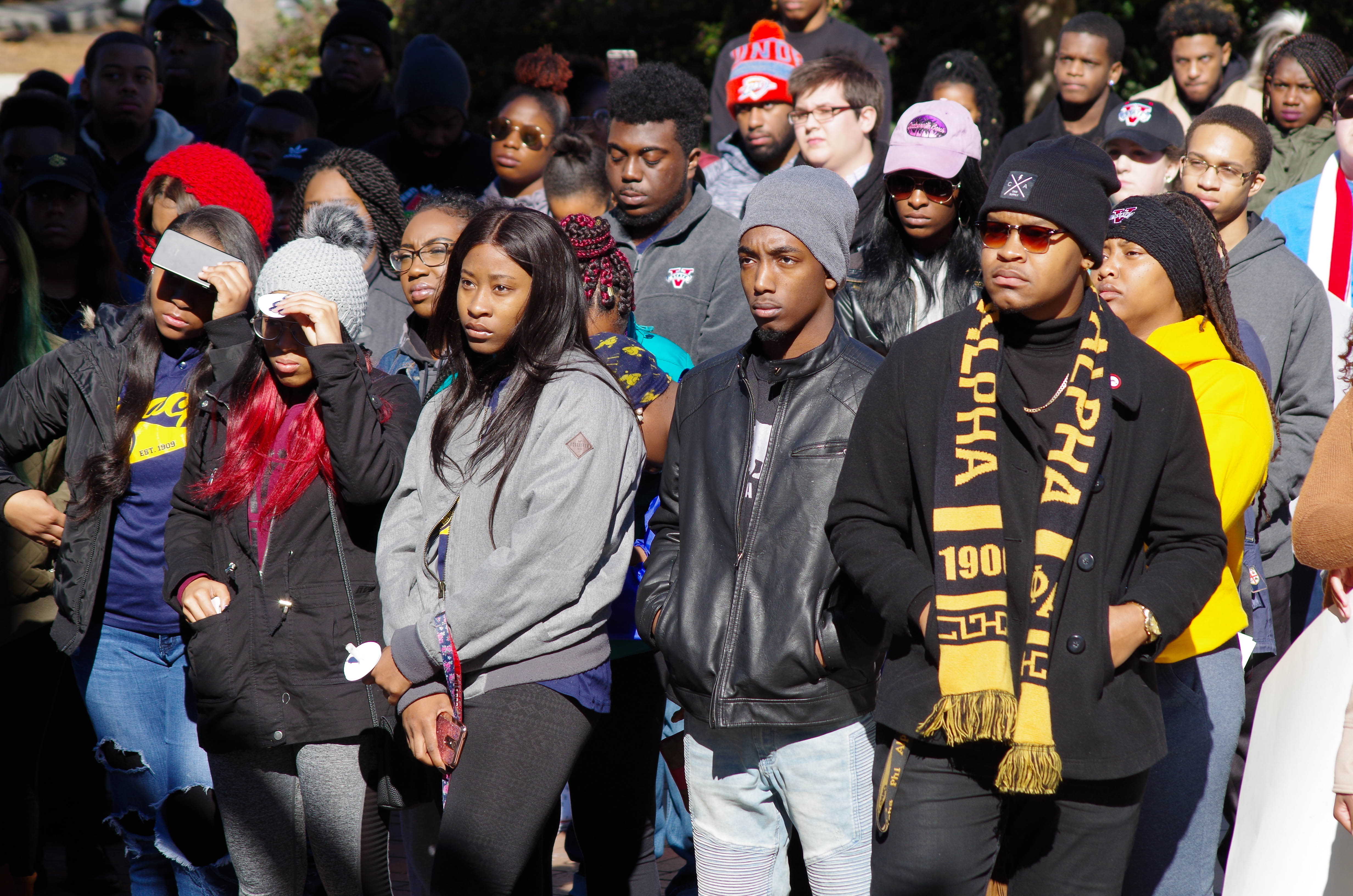 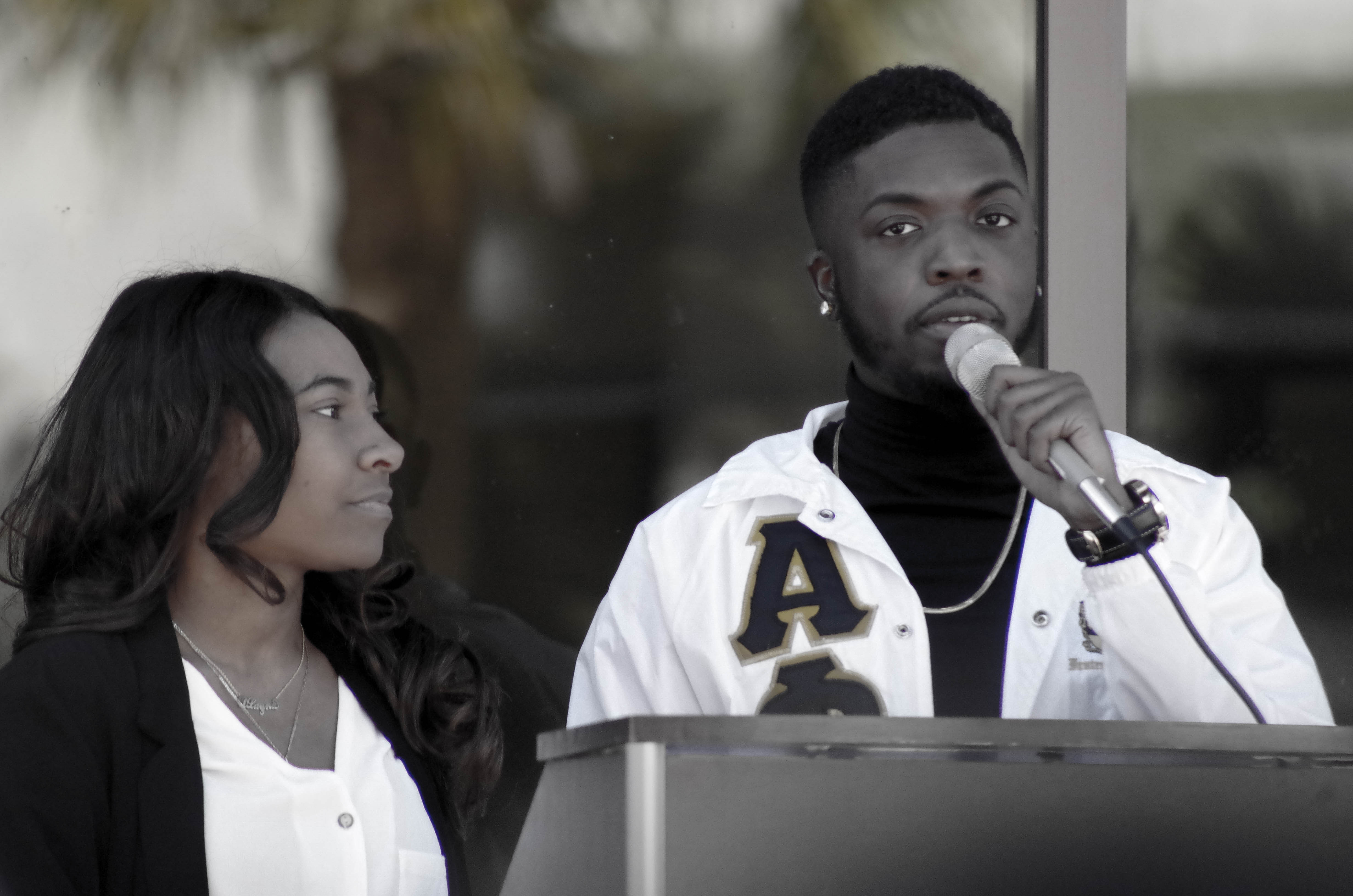 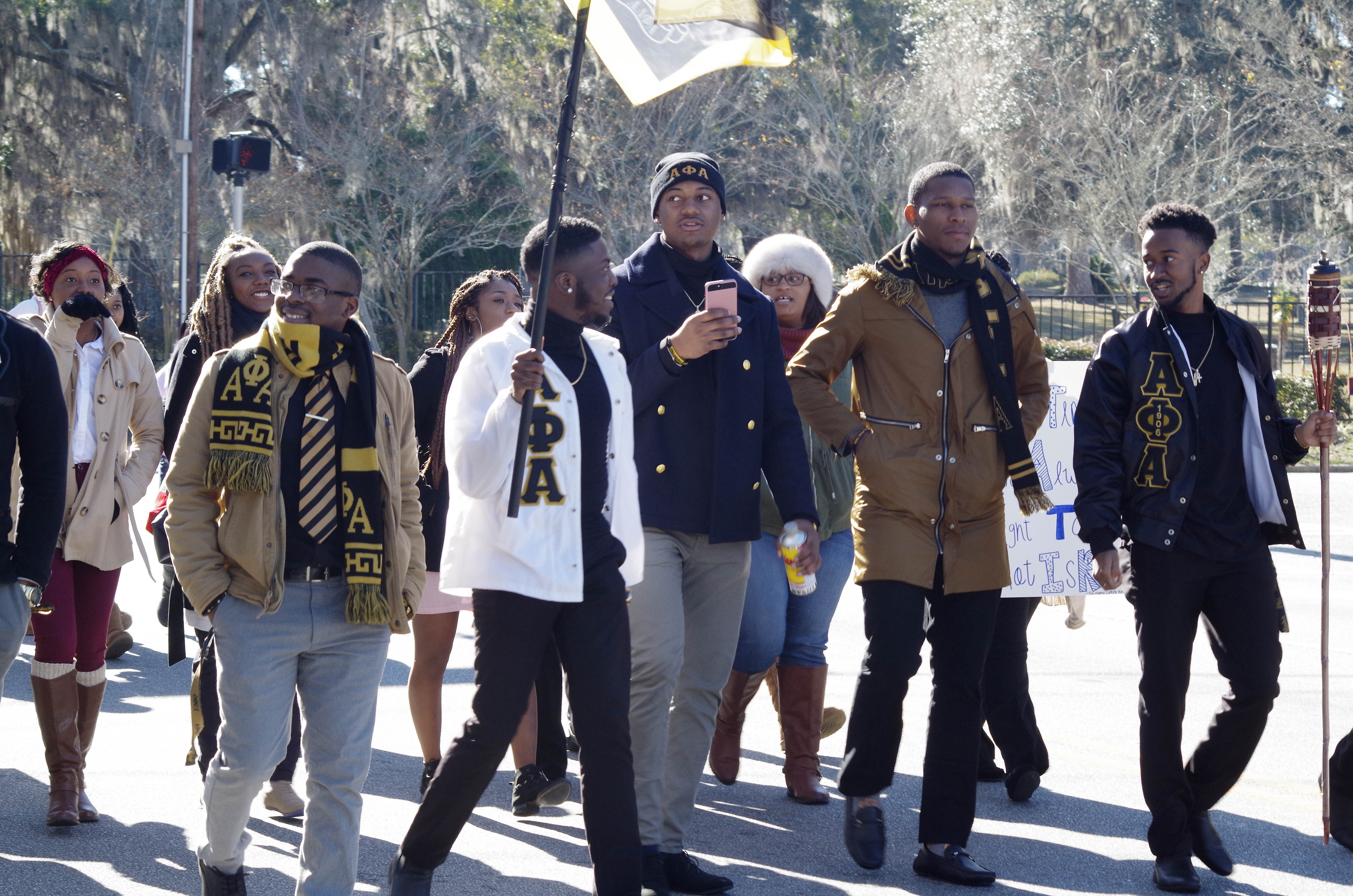 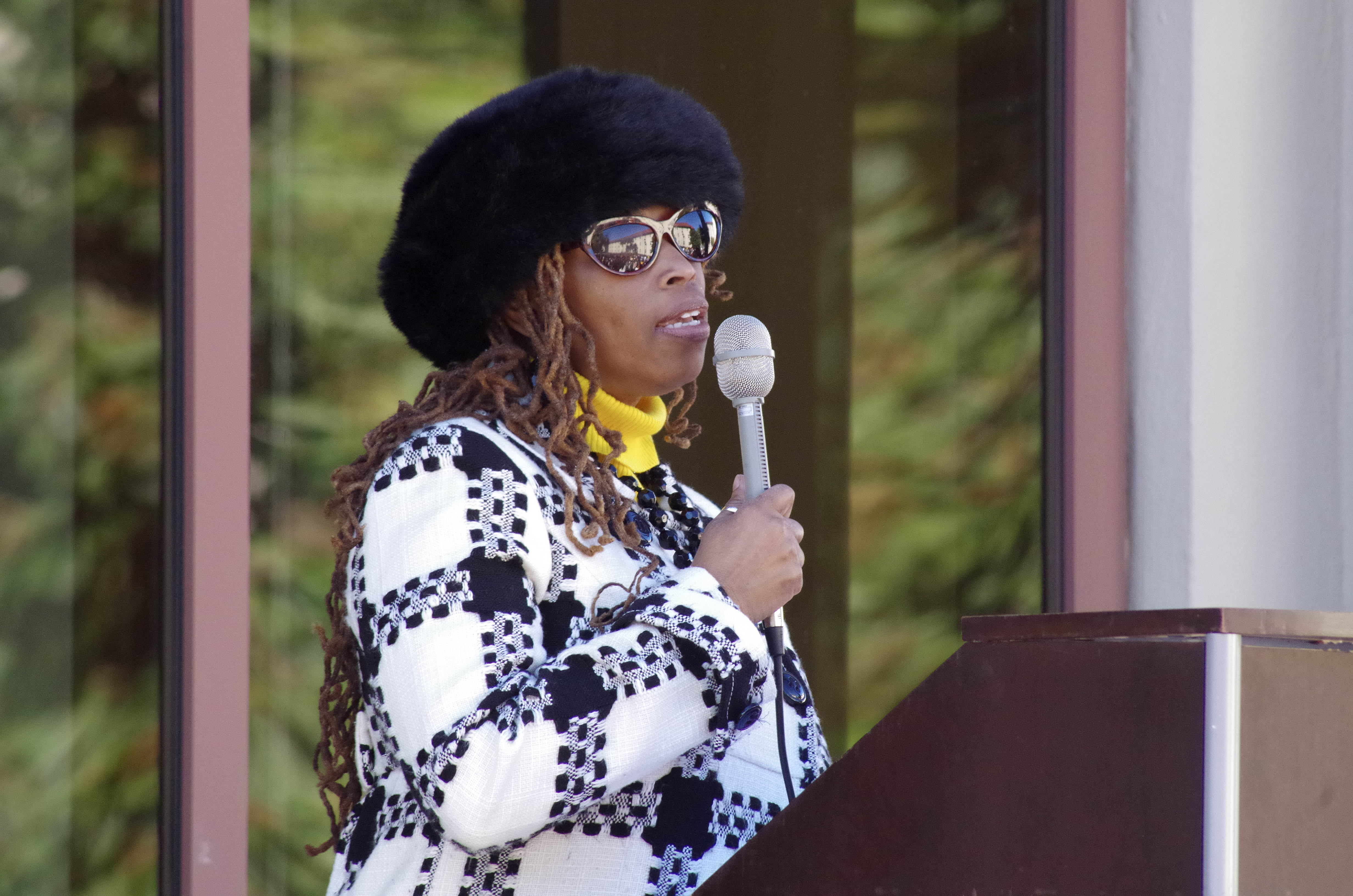 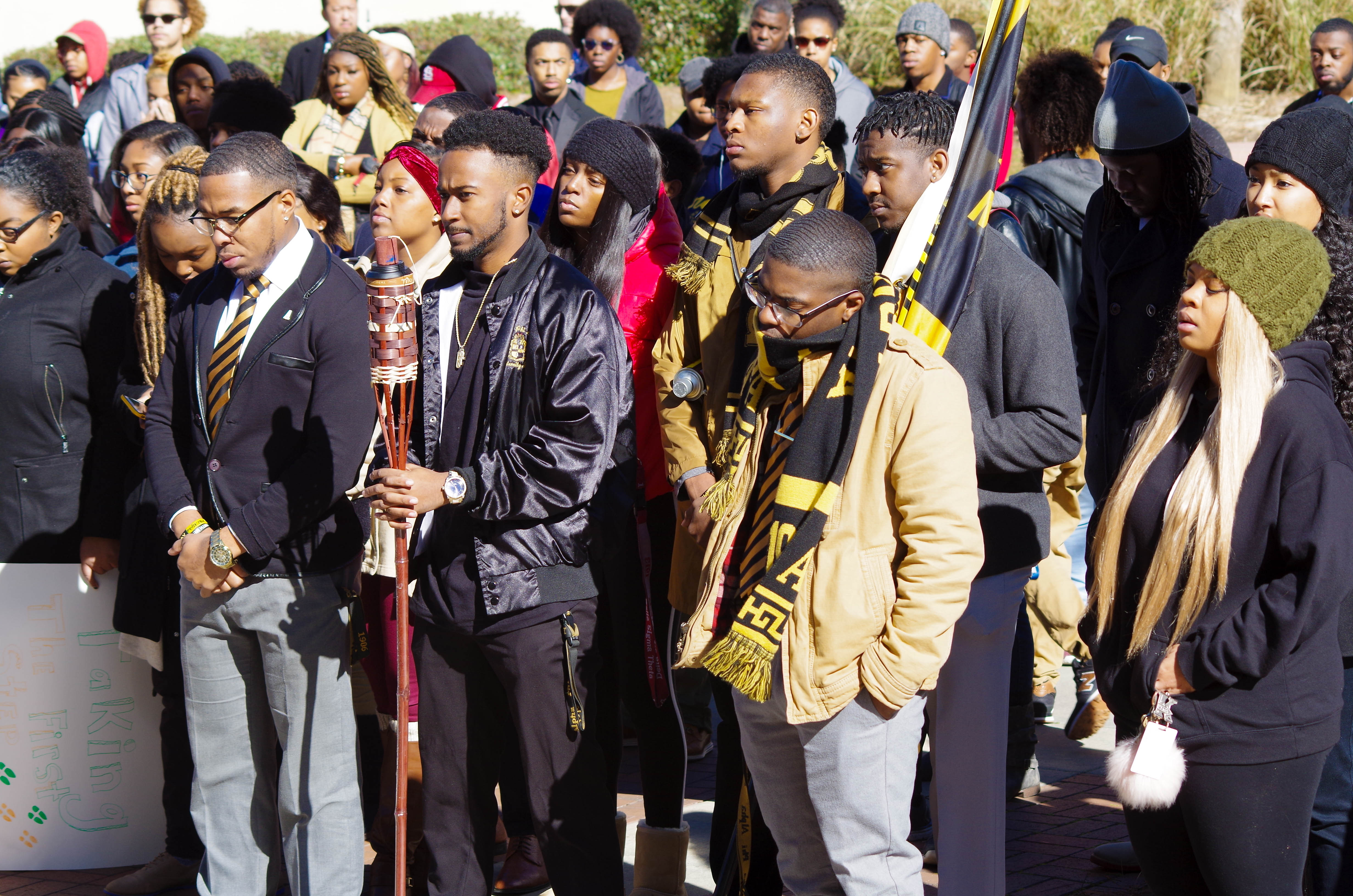 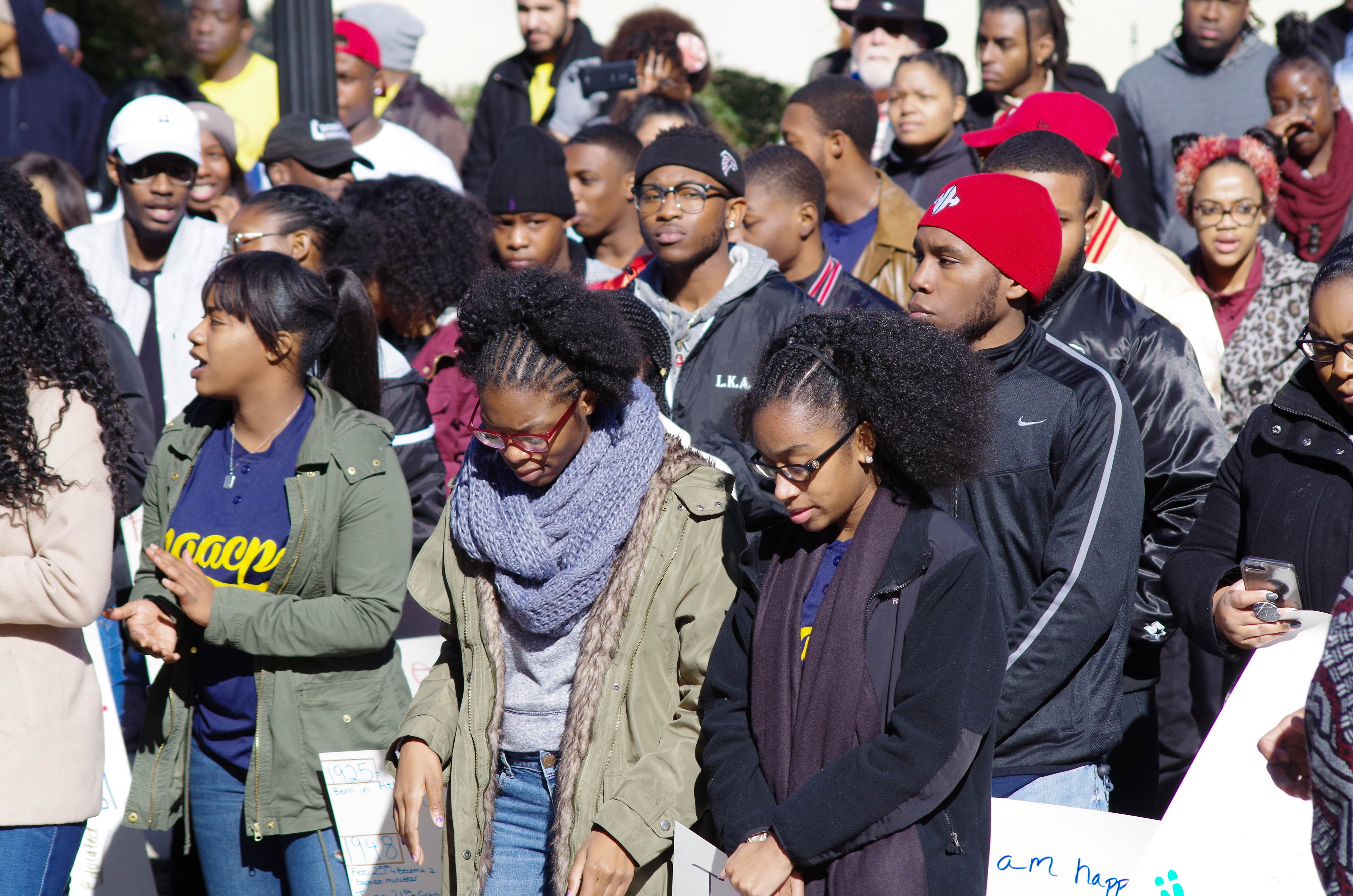 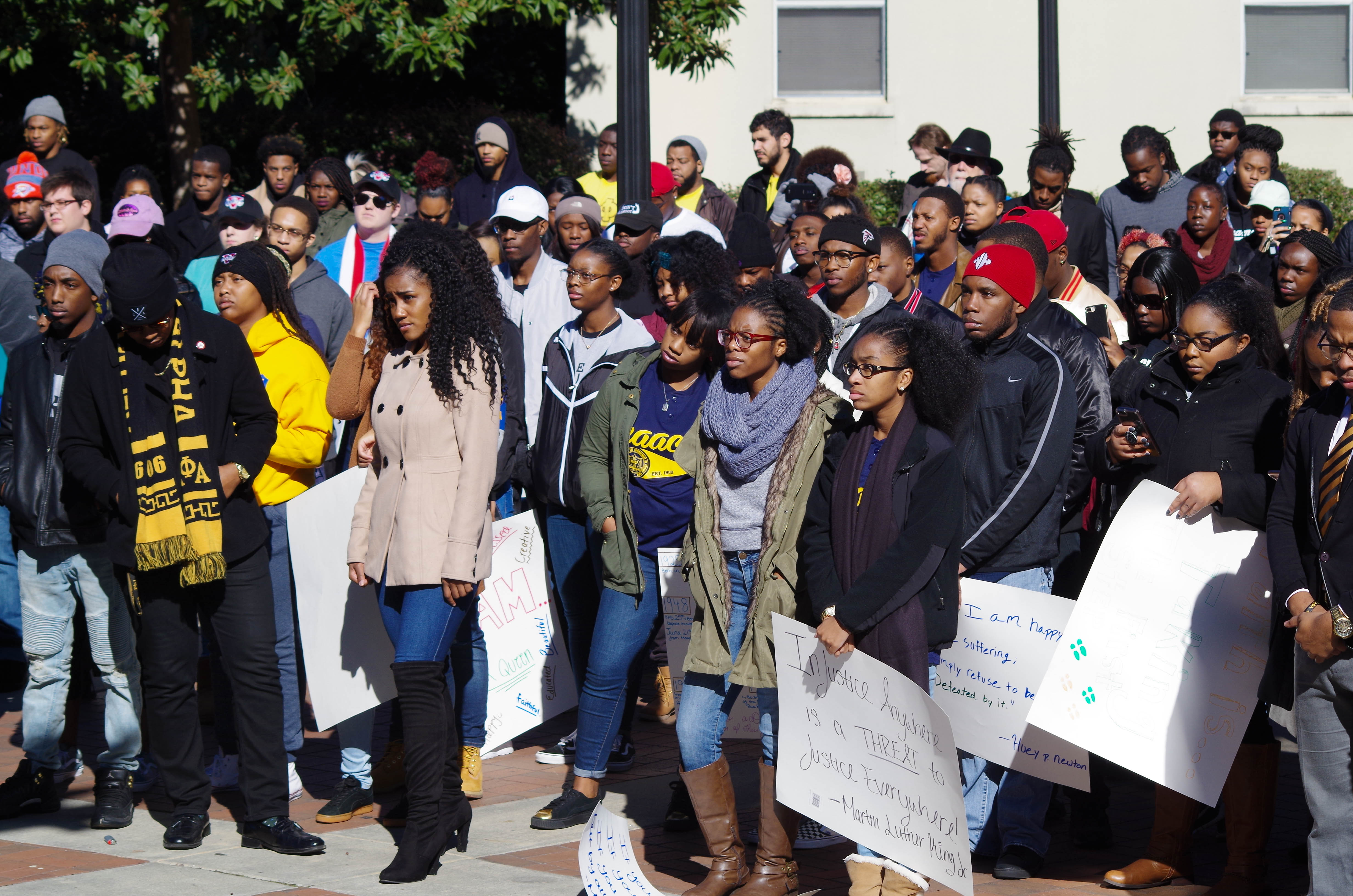 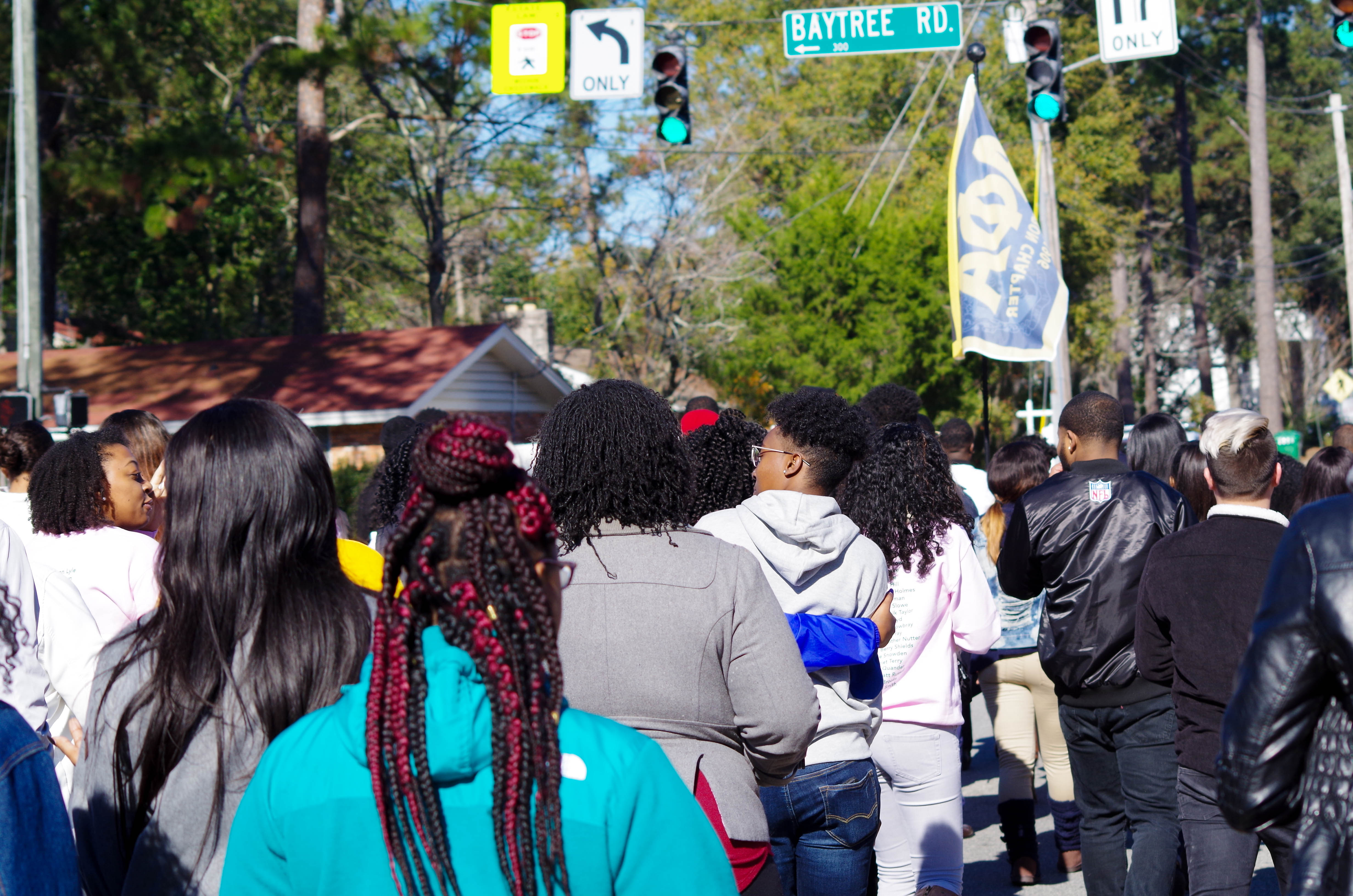 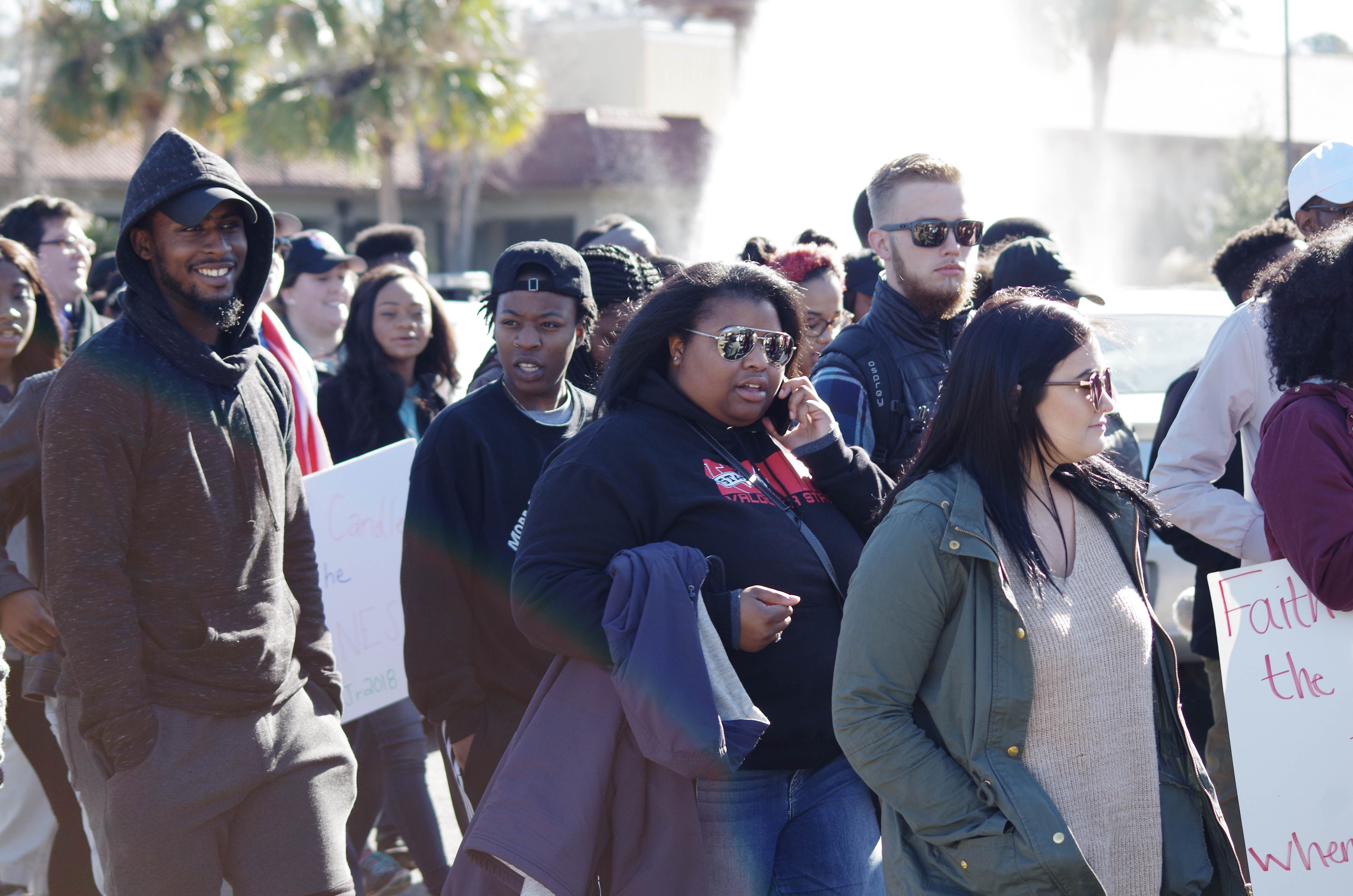 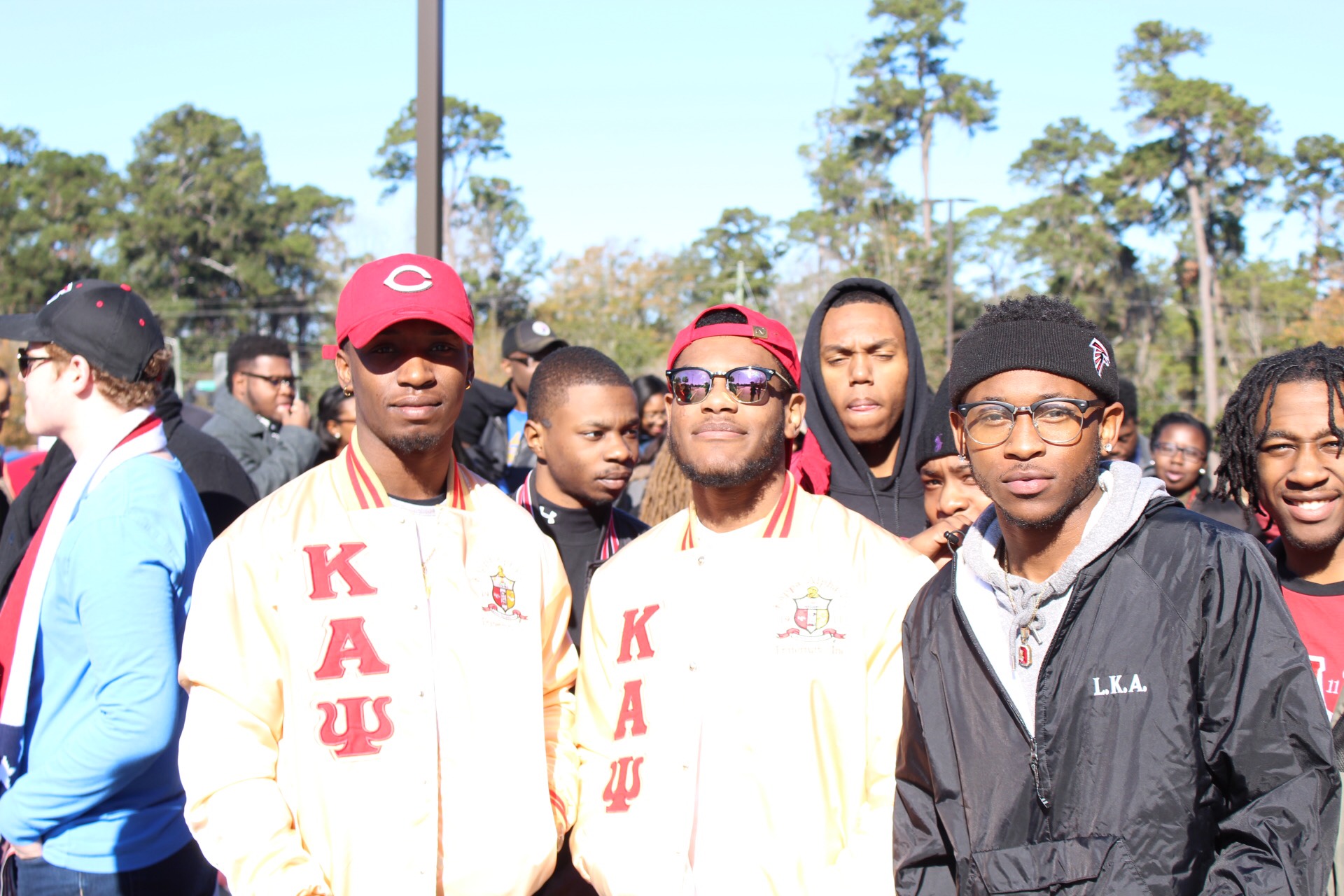 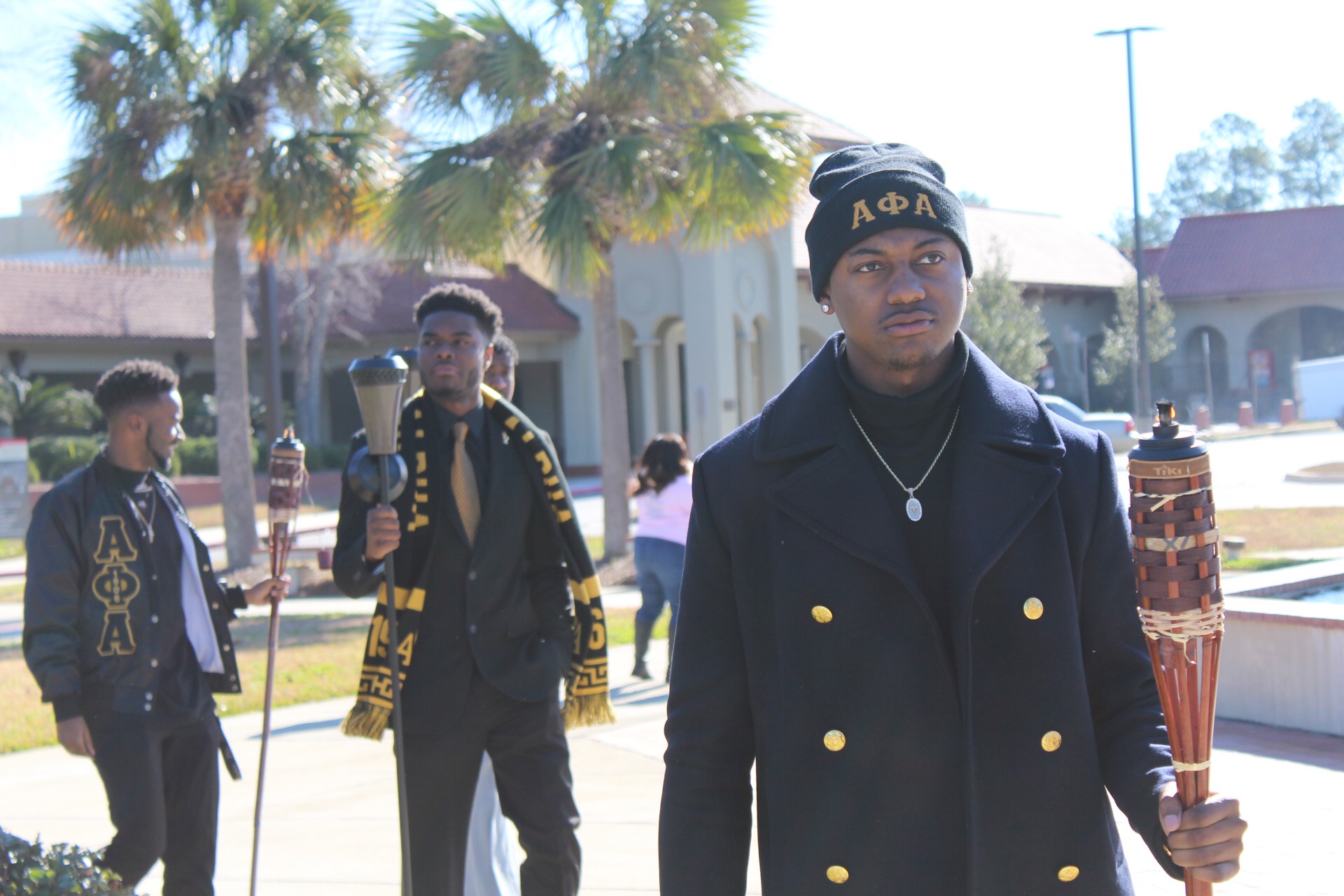 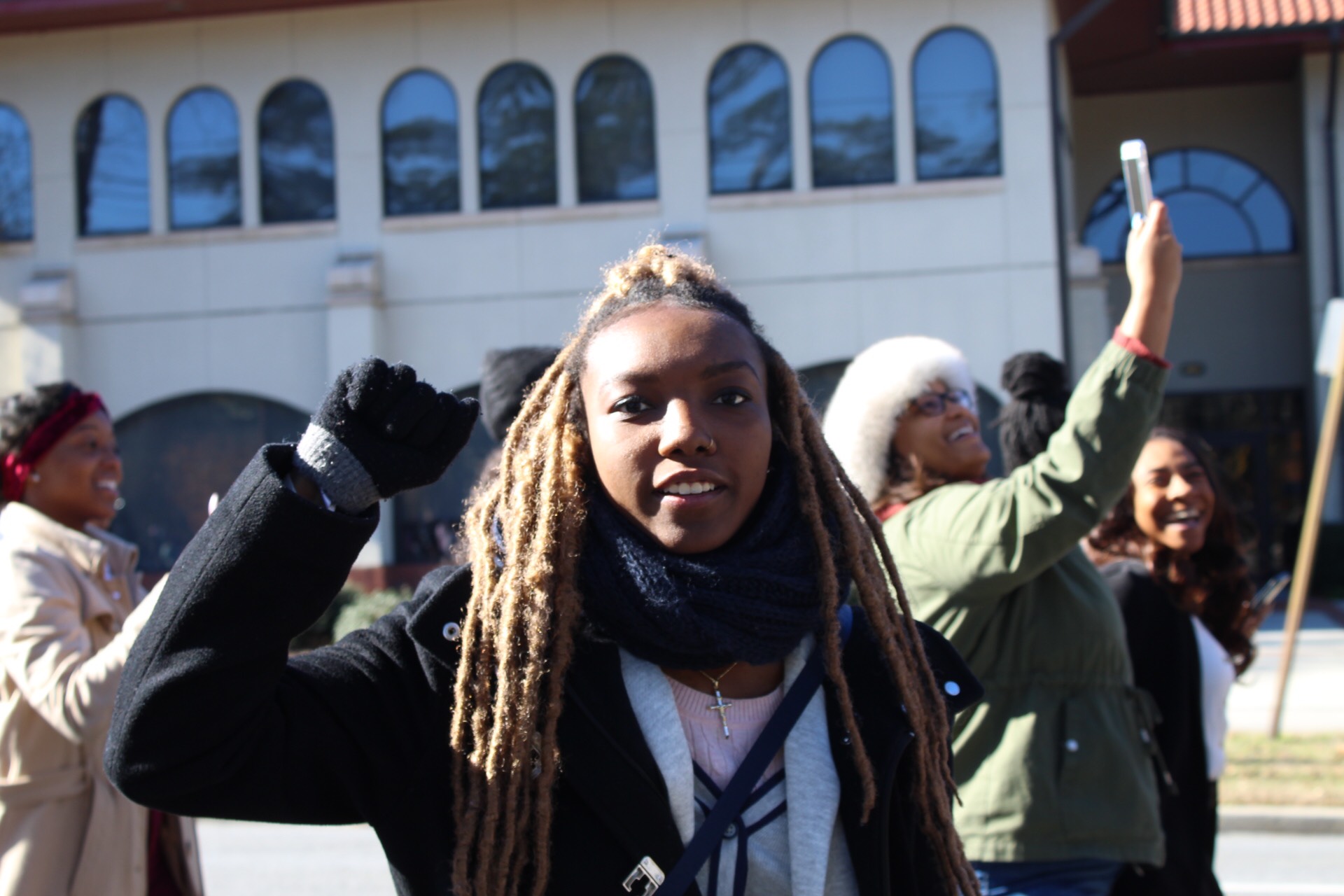 This union spurred the current annual march in which the two organizations alternate in leading it to commemorate his legacy and unite the community.

Both organizations played a large part in helping one another ensure that the event went as smooth as possible. This included contacting guest speakers, creating proposal ideas for the march and making sure that city permits and university property locations were properly booked.

“The event is consistent,” Khalian Brawner, Mu Omicron chapter president, said. “We know what we want to do and how we want to do it. Last year we were able to march in the street which was a huge accomplishment for our organization.”

Though itineraries for the march differed both organizations focused on keeping the key elements.

“We try to add a new feature every year, but we always incorporate the march, a keynote speaker, a prayer and candle light vigil, song selection, and we sing our fraternity hymn,” Kanya Lewis, Alpha, said.

Though the National Association for the Advancement of Colored People typically marches then sings the Negro National Anthem, Lift Ev’ry Voice and Sing, they tried out something different. This year, a singer and choir performed two different selections for the event.

The event is a momentous occasion, held every year, which draws a more diverse crowd as time progresses.