Home / Sports / Baseball is on deck 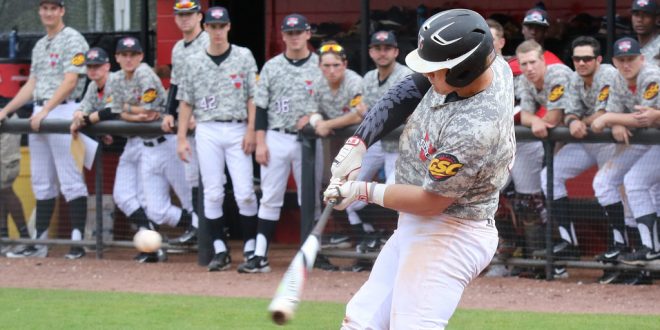 Blazer Baseball was selected to finish fifth in the Gulf South Conference which would be a slight drop from their fourth place finish last year.

Baseball is on deck

Blazers baseball is just around the corner and coming fast. The team is getting back a great offensive weapon and needed to replace a few key arms. Last year proved to be a solid season, but did not end in the team advancing past the Gulf South Conference tournament.

The team finished last season 33-22 overall and made the Gulf South Conference tournament, which includes the top eight teams in the conference. VSU lost all three game they played in.

“Our hope for this year is that we can build on our success from last year and give ourselves the best chance to win a National Championship,” said Guilliams.

This season, a big bat for the Blazer’s lineup is returning from injury. Dalton Duty will most definitely bring a big jolt to the team.

“Dalton was the best player in the Gulf South Conference,” said Guilliams. “Having him back will give us that player we can build our offense around.”

The Blazers had three players hit over .300 last season. With the addition of Duty, the line-up could be very dangerous, as long as he repeats his 2016 performance.

Last season, the Blazers’ pitching staff had a tremendous amount of strikeouts for the season. The team led their conference with 460, an average of more than eight per game.

“Everything in baseball starts on the mound, and a big challenge was trying to find replacements for Roman Donofro, Beau Blair and Austin Hamilton,” said Guilliams. “Based on the fall and that we are early, I think we have the right personal to replace what we lost. We just are going to need a few games to figure out how the pieces fit together.”

Hamilton was drafted by the Los Angeles Dodgers. The three pitchers, Donofro, Blair, and Hamilton, combined last season for almost 200 strikeouts and kept their opponents’ batting average under .267.

In the GSC preseason poll, the team was voted to finish fifth in the conference. Fifth would place the team in the midst of the conference tournament, but would be a slight drop from the 2017 season.