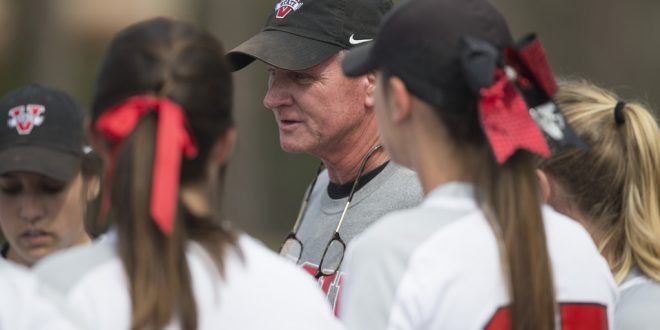 Softball is off to a big start to the season. They'll face Georgia Southwestern in a double header Tuesday night.

Softball swinging ahead of double header

It’s early but the hits keep coming. Blazer Softball blazed through their first week of games with a record of 3-1.

“I think it was a decent start,” Taylor Hartenbach said. “There are always room to improve, we need to be sharper on defense, we also didn’t hit like Valdosta is known to do. Compared to others it’s still good, but we still have more to give.”

Hartenbach is a senior from Marietta, GA who went 6-11 at the plate during the away games. Last year she hit .331 batting average in here 58 starts.

The team hit a .340 in their first four games and are very likely to repeat this offensive clinic in the entirety of the season.

“We just need to work on our timing hitting, pitchers hitting their spots a little better, and defense working together,” head coach Thomas Macera said. “It’s just stuff you normally see this time of the year.”

The Blazers have their first home game in a doubleheader against Georgia Southwestern today at 5 p.m.

“We’ll find out tomorrow if we are ready for the game on Tuesday, we are work, and it’s not because these girls aren’t working,” Macera said. “It’s a work in progress, it takes a lot of work and time. I haven’t really made a decision on a starter for Tuesday, Kathryn Carter is likely to start the first home game.”

Carter is a sophomore from Hinesville, GA. Carter has started two games already this season and has a 3.00 era so far and has been faring well against her opponents only giving up a .271 batting average.

“I’m ready, I have been hitting my spots better since last year, and breaking balls have been moving well,” Carter said.

Georgia Southwestern is currently 0-2 so far and batting a .182 average. The Canes allow their opponents to hit a .373 batting average and have been outscored by a combined seven runs. Three in the first game against Palm Beach Atlantic University and four against Mississippi College.