Home / Campus Life / Get to know the African Student Association 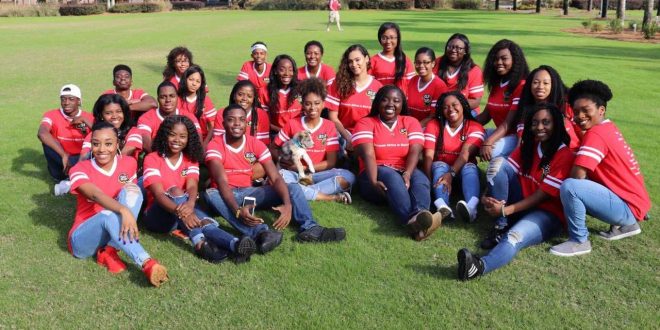 Get to know the African Student Association

When Shayla Vidal, a senior criminal justice and political science major, re-joined the African Student Association her junior year, she said it was the best decision she had ever made.

“The African Student Association has been the main organization that I’m always actively involved with forever,” Vidal said. “I love it, I really do.”

Now the president of ASA, Vidal said that the club is focused on sharing African culture with the campus. They do this partly by accepting people of different nationalities.

“Like for me, I’m actually Caribbean. My family is from the Virgin Islands,” Vidal said. “So, joining the org, I didn’t feel like an outcast. They still welcomed me.”

According to Vidal, ASA has had both Latino and Asian members in the past. Members view their time together as a learning experience.

Gerald Njoroge, a senior accounting major, said he joined ASA three years ago for the opportunities it offered to learn more about Africa.

“I’m Kenyan, but I like the fact that you don’t have to be African to join the organization,” Njoroge said. “I believe ASA has opened my eyes to a lot of culture that surrounds Africa.”

“I’m basically Ghanaian because of her,” Vidal said. “In everything she does, she makes sure she portrays Africa. (She’s an) African queen.”

ASA works to infuse African culture in everything they do, according to Vidal.

Ghanaian members of the organization often speak their language, Twi, during club meetings, and the club sells traditional African and Caribbean food plates as a fundraiser.

“At any event, we try to break the stereotype and show the side of Africa that social media doesn’t display,” Vidal said.

ASA holds several events throughout the year to bring the different cultures in Africa to students on campus, including the Mr. & Mrs. ASA Pageant and African Night, the club’s showcase.

“My favorite event from ASA would have to be the African Night,” Njoroge said. “Jacob Obande and I starred in an African Play.”

Vidal said the club is focused on community service for the remainder of the semester. As part of community service, they will share African customs with kids in the community at a cultural day event for the city of Valdosta.

Vidal sees community service and bonding events as an opportunity not just to give back, but to get the foreign students immersed in American culture.

“We’re trying to come up with community service events so that our members can experience America in a sense,” Vidal said. “(We’re trying) to show them that it’s cool to volunteer at an animal shelter or a nursing home.”

Njoroge said the events did get members off campus and into the community.

“It (ASA) has gotten me to get out of my comfort zone,” Njoroge said. “It (the events) shows VSU all the interesting events ASA has to offer.”

Vidal encourages anyone to join.

“It doesn’t matter who you are; we will treat you like family because that’s what we are, a family,” Vidal said. “ASA was made for Africans to come together as a family. Now, I feel like ASA has branched out, and we’re trying to include everybody.”

Previous Take back the night talks about sexual assault prevention
Next Get to know the SGA presidential candidate: Jacob Bell