Home / Campus Life / From Twitter Fingers Back to Trigger Fingers, Net Neutrality Is Shot Down. 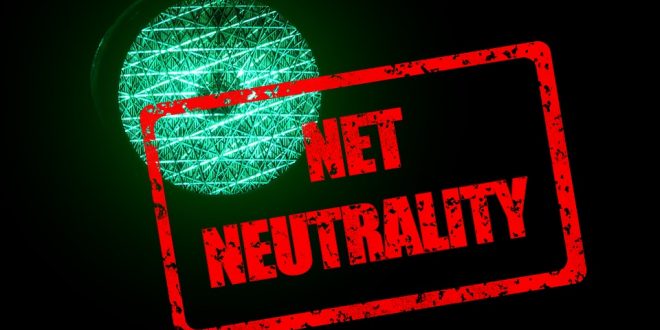 From Twitter Fingers Back to Trigger Fingers, Net Neutrality Is Shot Down.

Free and open internet was laid to rest on June 11; the death certificate was signed by its killer, the Federal Communications Commission chairman Ajit Pai.

Instead of content on the internet being controlled by the FCC, the Federal Trade Commission will be taking the reins.

This move has sparked considerable controversy in the political arena with Republicans and Democrats split down the middle. Pai, who was appointed by President Donald Trump, is pleased with the repeal believing the lack of restrictions will encourage innovation and expand enterprise.

“But in 2015, the prior FCC bowed to pressure from President Obama,” Pai said. “On a party-line vote, it imposed heavy-handed, utility-style regulations upon the internet. That decision was a mistake. It’s depressed investment in building and expanding broadband networks and deterred innovation.”

However, on the Democratic side, there is fear that the lack of regulations will make the internet a playground for corporate abuse.

The FTC may be in charge of the internet sector, but it already undertakes much of the economy and dealing with corporations and the networks will increase their already congested caseload. Even if wrongdoing is reported, claims could take years to thoroughly investigate.

Between the party fighting, there is much confusion among the people who the repeal effects most: internet consumers.

This hits college students especially as they mostly make up the majority of the 18-29-year-old demographic that uses the internet, whether for school or entertainment purposes. Many are not even aware of the concept of net neutrality.

At its core, net neutrality is the principal that all internet traffic should be treated equally. This means that providers such as AT&T and Comcast can’t block content that is unfavorable to their networks or are favorable to their competitors.

They also cannot charge a fee for delivering its services faster to sites like YouTube and Amazon. Without net neutrality, companies can start using fast lanes and slow lanes for internet access.

Think of it in terms of high speed data. With most cell phones, you can choose between 4G LTE, regular 4G or 3G. If you want faster data, you pay more for 4G LTE. If you are not willing to spend more, you will accept the 3G but have much slower internet.

Same with internet lanes. AT&T or any other company can charge whatever service fee they want if you want fast access to their competitor’s sites. If you opt to not pay any fees, your connection to those same sites will be much slower.

Without the buffer of net neutrality, the network providers can ice out the competition or block anything that puts their business in a negative light, potentially disrupting the flow of free information by minimizing unbiased news outlets.

This is likely a profitable move for internet providers, but it may also be a costly one for customers.

While net neutrality is currently dead, it still has the possibility of being resurrected by congress. The Senate has already forced a vote to restore it under the Congressional Review Act which can override the FCC decision to relinquish present regulations and their authority to the FTC.

Nevertheless, net neutrality still has an uphill battle in the Republican-led House of Representatives, and then President Trump will have to sign off on the review.

Even then, we can help net neutrality by electing candidates that support it during upcoming mid-term elections or by contacting congress to push for laws that are in support of it. One can even leave a message for the FCC chairmen at this number: 202-418-1000.

Previous Crime Report 8/11-8/18: DUIs and larceny mark the board
Next Remembering our staff