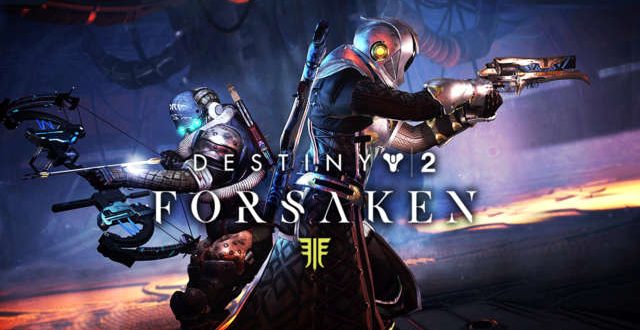 To say “Destiny 2” has been a divisive game is putting it lightly. Polygon put it in the top games of 2017, but the player base simply crashed midway through the game’s lifetime. The previous expansions to the game were met with criticism, but Bungie has put all their bets on the latest addition, “Forsaken.”

The update was released this past week with high praise at best and compliments of improvement at worst. Given Bungie’s track record with the previous instalments, this is an enormous improvement. Queue times have fallen, and there is no longer a drought of content. The user interface was revamped and looks wonderful. The categorization of weapons changed with the addition of new weapons like the bow, allowing for new playstyles, my personal favorite being a bow and a hand cannon.

There’s more to this update than minor changes. A new campaign has arrived alongside a completely new area to explore, the first new enemy type to ever be put into any “Destiny” title, a new PvE/PvP hybrid game mode called Gambit, and more loot than Blackbeard himself could handle.

Grinding for loot has become enjoyable with fresh encounters and a completely new use of the old environments with hidden areas interspersed among familiar locations. This is due to the new bounty system in the campaign, which requires you to visit locations you have previously been to and poach targets for a crime boss.

Regarding the tone of the expansion, the music is somber in the tower now. The skies have darkened, and the armor has taken a rugged and foreign look to that of the previous game. Death has become a major theme, and the game itself finally has found a balance between serious, which the first one had far too much of, and ridiculous, which the second was more inclined towards.

This is something worthy of Bungie. This is an amazing work that truly has quality put into it, and even though they have already inserted a season pass, I do recommend giving this a try if you are looking for something to occupy you over the coming months. There is a lot of content to be had here, and with the raid still being unreleased, I am sure that people will be forming parties non-stop in order to farm the sweet addictive taste of shiny new weapons, armor, vehicles, shaders and elements.

In conclusion, this update has finally made this game worth your time. I paid $5 for the base game at a Gamestop, and then paid $60 for all expansions to date. Considering the original price of the individual expansions was $20, this seems like a steal given the quality of content.

If you were driven away by the ridiculous tone or lack of longevity, both of those seem to be rectified with this new addition to the universe. Grinding Crucible, Gambit, campaign, raids, strikes, public events and others are more enjoyable than ever. If anyone needs a clan, let me know, and we’ll raid the Keep of Voices come the 14th.