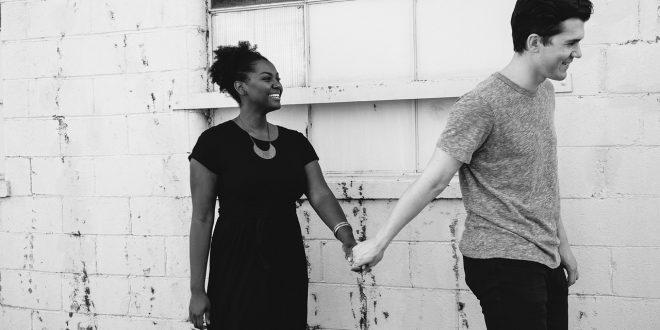 Let’s talk about the N-Word

Georgia Southern University found themselves in the center of controversy following a seemingly innocuous text message containing one of America’s most controversial words. This incident occurred when a GSU student, Courtney Schaefer, mistakenly sent a text message to her new African-American roommate. This text included the “n-word.”

Although Schaefer tried to conceal this racially charged text message with a simple autocorrect misunderstanding, her new roommate was not at all convinced, and as a result, the conversation was screenshotted, shared and eventually became viral.

While this was an outraging occurrence for many African-American students on the GSU campus, this incident sparked a movement toward racial awareness at Georgia Southern known as “The N-Word Project.”

Ashley Jones, opinion writer for The George-Anne, GSU’s campus newspaper, outlines the ideas surrounding the movement in her article “Let’s Talk About the N-Word Project.”

“Staff members tabled at different locations around campus and asked not only students but faculty and staff to give us their take on the N-word,” Jones said.

“Students were asked to write down their responses to these questions on note cards that were provided at each tabling, or they could just write their honest and raw thoughts on the racial term. We asked participants to not include their names on the note cards so that all opinions would remain anonymous.”

According to Jones’ article, 304 opinion cards were collected and published so that the university’s students could get a better understanding of one another’s perspective on the “n-word.” But would this sort of project have positive responses across the GSU campus?

“In these types of situations it is always good to do something,” Aiello said. “And it’s as good an idea as any, but I’m not so sure it’s worth hurting people’s feelings.”

After further discussing the concept with Dr. Aiello, the conclusion is that GSU has positive intent, but the execution has a few fallacies that could add fuel to the fire it’s attempting to extinguish.

“If someone who has a real kind of difficult experience with the “n-word” and someone who says it’s no big deal both get their opinion cards posted, we’re essentially saying that those two opinions are equal, and they’re not,” Aiello said. “One of them is sincere, and the other is an artificial justification for bad behavior.”

As an African-American woman, I have had many instances in which the usage of this word has made me uneasy. I neglected to speak out on the matter because many people are not educated on the etymology of the “n-word,” so my pleas would be falling on deaf ears.

Moreover, my truth on the “n-word” would not be any more substantially heard if it were written out on a notecard for the public to see.

Rather than taking the notecard approach here at VSU, our campus could take a more in-depth approach to “The N-Word Project,” like how we have in the past.

“As a historian, I would go the other way with my approach,” Aiello said. “For example, when we had racial issues on campus in the past, we gave a lecture series called ‘Courageous Conversations About Race,’ and we gave speeches and had broader discussions and invited everyone in the community. This way we have experts providing factual information along with people having the opportunity to say their own truths.”

As the students here at VSU, we are all affected by racism and the measures taken to confront it, so what do you all think? Do you believe our campus would benefit from this form of intervention? What would be the most effective way to implement an “N-Word Project” of our own?