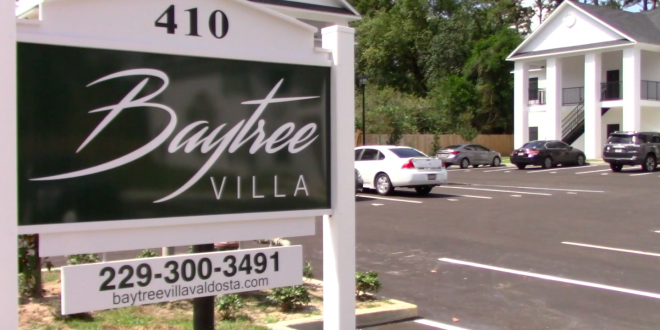 Junior Kyle Duke was excited to see his new apartment in August, but he never expected to move into it after school started.

“Constructions of the apartments themselves were on time, but it was mother nature that put some things behind,” Duke said.

Construction on Baytree Villa apartments began at the beginning of the summer and didn’t get finished until Sept. 8.

Due to the high occurrence of rain during the months of July and August, the pavement process got delayed. Students had no choice but to scramble to find accommodations for the duration of the construction process.

VSU Criminal Justice Major Duke was one of the lucky ones that was able to commute from home for the time being.

“I live in Adel, Georgia, so it wasn’t too far to commute back and forth,” he said.

Finance Major and Senior Keimon Jackson chose the prorated part and paid for his hotel.

“I chose to stay at the Kinderlou Inn,” he said, “The only difficult part was having to drive from there to North Campus. I went through a lot of gas.”

Senior and Public Relations Major TaMara Tolbert, stayed with her friend while construction was being finished.

“I didn’t intend on construction taking that long,” she said. “I don’t have a car, so staying at a hotel on the other side of town would be a bigger inconvenience for me.”

Though Tolbert and other students were inconvenienced for a month, they were finally able to move in early September. These students, now residents, are currently enjoying their one bedroom, fully furnished apartments.

Tolbert, for one, is pleased with her apartment.

“They are exactly what I wanted,” she said. “The distance from campus is a plus, too.”

The Baytree Villa apartments come with stainless-steel appliances and hardwood floors.  All of the apartments are one bedroom.

Duke said they are a dream come true.

“I absolutely love the apartments,” Duke said. “I feel safe and secure at all times, and I have no roommates to worry about.”

Previous Review: ‘A Star is Born’ lives up to hype
Next Editorial: Rekindling the Firepit