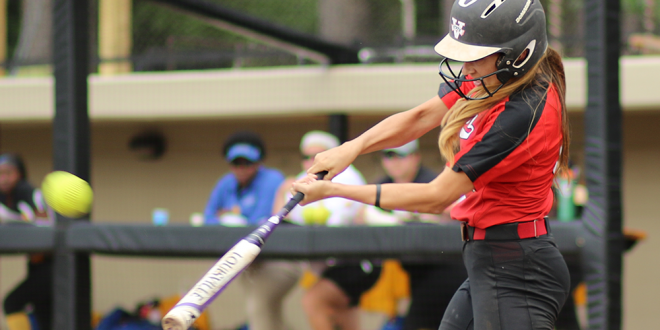 The Blazers open the 2019 season Feb. 2-3 with the Gulf Shores Invitational in Gulf Shores, Alabama.

VSU softball will open the 2019 season at No. 2 in the Gulf South Conference. The selection was announced Thursday by the league office.

All GSC head coaches voted on the preseason poll, with teams receiving 12 points for first-place votes, 11 for second-place votes, etc.  They were not allowed to vote for their own teams.

Senior pitcher Kasie Johnson earned a spot on the preseason all-conference team as the only VSU player selected.

Last season, the Patterson, Georgia native earned second team all-GSC honors. She was 13-7 with a team-leading 2.46 ERA in 30 appearances and 24 starts.

Johnson led the Blazers to a 42-13 record overall and a 23-9 record in the GSC, hoisting the league title with North Alabama.

The Blazers open the 2019 season Feb. 2-3 with the Gulf Shores Invitational in Gulf Shores, Alabama. The event will be hosted by Spring Hill College.

Their home slate will begin March 2-3, when the Blazers face Union in a three-game series at Steel’s Diamond.