Home / Opinions / Column: Is Goff the right fit for VSU? 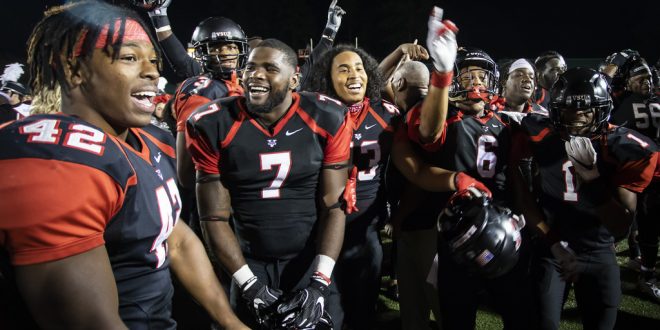 Column: Is Goff the right fit for VSU?

There’s a tall ladder to climb for VSU’s next head football coach. Coming off an undefeated season and a national championship win, Kerwin Bell left the Blazers in elite form.

It’s now up to Gary Goff to continue the success. For those who yawn at Goff being the new head coach, he may actually be a good hire for the time being.

No team came close to defeating the Blazers, except Ferris State, who lost 49-47 to the Blazers in the national championship game.

The Blazers might’ve had the best all-around team in school history. Most of this had to do with Bell’s play-calling ability and the rest of the staff.

Potential coordinators have yet to be named.

Goff, at Tiffin University, put together an offense that averaged 30 points per game. No, he is not the potent play caller that Bell was, but he has the balance the Blazers need.

The Dragons ranked third in offensive yards per game with 425.4 and defensive yards allowed with a 364 average per game.

Aside from statistics, Goff has a reputation of putting players in position for accolades. In 2016, Dragons’ quarterback Antonio Pipkin was a Harlon Hill nominee and was named Great Lakes Intercollegiate Athletic Conference Player of the Year.

Pipkin holds seven Tiffin career records and four GLIAC records, ranking No. 13 all-time in career total offense, No. 19 in total offense per game and No. 27 in career passing yards.

He is only the third quarterback Division II to ever amass at least 2,000 rushing yards and throw for 10,000 passing yards in a career.

Pipkin did all of that under Goff.

Goff will now have Rogan Wells, reigning GSC Player of the Year, who has shown that he is arguably the best signal caller in the conference. This is all considering Wells doesn’t transfer.

Wells passed for 3,075 passing yards and accounted for 50 touchdowns—38 passing, 11 rushing and one receiving. He was the runner-up for the Harlon Hill trophy last season, losing to Jayru Campbell of Ferris State.

With so much talent on the Blazers roster, it would be wrong to say they are in rebuild mode. They are certainly far from it, but I must address that Goff knows how to win.

Goff arrived at Tiffin after a great 2010 season at West Virginia Wesleyan Bobcats, where he served as the offensive coordinator and quarterback coach.

The Blazers need someone who can sustain winning. Goff could be the one to do that for a very long time in Titletown.