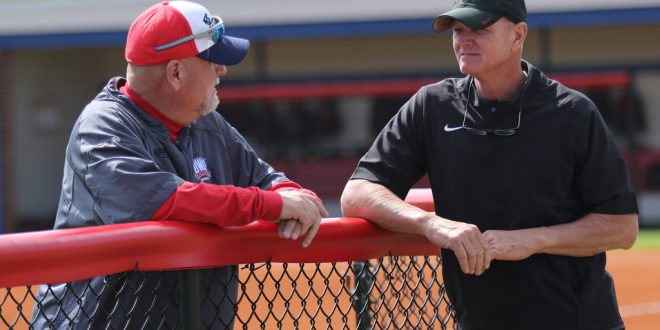 Fast-pitching may be the Blazers best asset.

Van Auken is the first Blazer to win National Pitcher of the Week this season.

She helped lead VSU to a 4-1 record at the NFCA Leadoff Classic in Clearwater, Florida.

Van Auken posted two complete game shutouts in three game appearances, while recording 23 strikeouts and no walks. Playing in about 17 innings of the week, she allowed nine hits and one earned run as teams hit just .148 against her.

Opponents who have batted against Van Auken were only allowed just one extra-base hit, allowing a 0.40 ERA.

Against No. 18 Palm Beach Atlantic and No. 19 Lenoir-Rhyne, she registered a season-high nine strikeouts. On the season, Van Auken has not allowed a walk in a team-high 32.2 innings and six appearances with four starts.

Teams are hitting just .202 against her for the year, in addition to zero homeruns.