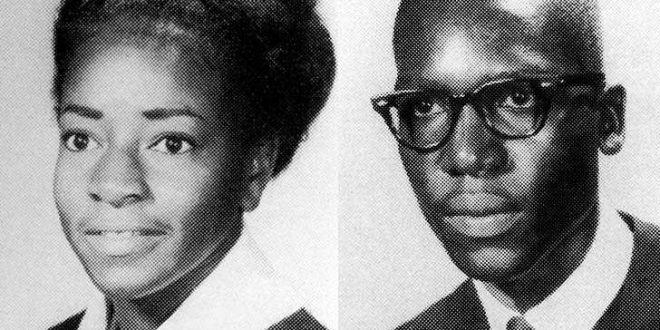 To look back is to see how far you’ve come. What valleys you have walked through and mountains you have climbed.

In 1954, with the conclusion of Brown vs the Board of Education, it was decided by the United States Supreme Court, in a 0-9 unanimous vote, that “separate educational facilities are inherently unequal.”

And so began a period of integration.

In 1963, Valdosta State College admitted its first African-American students, Robert Pierce Jr. and Drewnell Thomas, local Valdosta students who had, before their VSU admittance, been limited to segregated high schools.

During their first year, they were reported as seeming very lonely by then VSU President J. Ralph Thaxton.

“The students accepted the two Negro students with silence,” Thaxton said, during his 1964 Annual Report. “They were two lonely young people throughout the entire year.”

On May 5, 1967, The Campus Canopy ran a spotlight on both students, who were at the end of their four-year journey. Pierce was graduating that June, while Thomas would be graduating close behind in August.

Pierce, a 22-year-old biology major, had applied to the dental school in Meharry College in Tennessee. Having turned down a scholarship to Morehouse College, Pierce instead turned to VSU because he “felt it was something he had to do.”

Thomas, a 21-year-old sociology major, intended to do social work for a year before applying to do graduate study in that field.

On the topic of their time at VSU, Pierce and Thomas shared their personal experiences.

“I was used to having a lot of friends and participating widely in student affairs […] I had anticipated this change and felt that at least I would have more time to concentrate on my academic studies, which would help make up for the lack of activities,” Pierce said.

He continued saying that he “had not experienced any outright animosity on the part of the students—they were not too friendly.” He then explained that the students had become friendlier in his last few years, citing a change of the atmosphere.

Thomas, who was far more active in campus activities, such as Glee Club, than Pierce, stated that she had encountered far more “open animosity” in students, referencing incidences of name calling.

Both Pierce and Thomas spoke of their disadvantages in the fields of math and English grammar due to their backgrounds involving less privileged academic facilities. Yet, both spoke of the cooperation and help provided by their respective professors, who assisted with any difficulties.

After leaving these hallowed halls, both Pierce and Thomas found success in their respective fields after earning their graduate degrees.

In 2014, VSU honored Pierce’s and Thomas’ returns to VSU, welcomed by Dr. William J. McKinney, then president of VSU, for 50 Years of Integration. 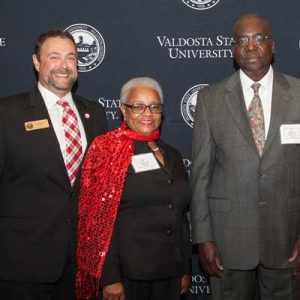 During this event, the university and committee welcomed them to announce the establishment of a scholarship fund in their honor, named the Thomas/Pierce Scholarship Fund, something that both guests were pleased to discover.

“The 50 Years of Integration celebration is an important statement of the university’s value […] It is commemorating an important part of its history—a history of positive growth and development of the university […] My hope is that the scholarship will help make it possible for many deserving students to attend college and achieve their full potential in college, their career and communities,” Pierce said, in a statement to VSU.

Thomas felt that in addition to providing an avenue for academic scholarship, the scholarship’s establishment left a permanent “legacy of the racial integration [that] began in 1963.”

Through the experiences and footsteps they forced into the stone of history, Pierce and Thomas allow for more and more students to follow them into success, even in the face of the trials and tribulations faced in our own day and age.