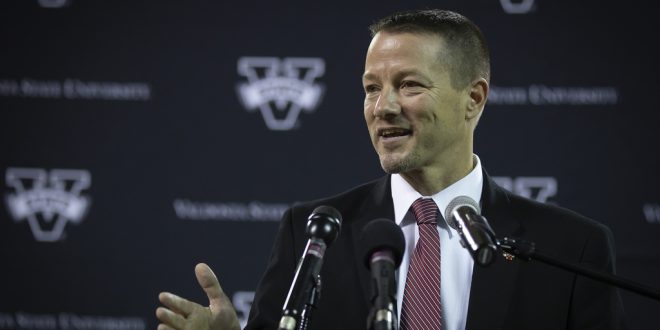 The 2019 staff will feature majority of the coaches from the national championship team.

Goff coached at Tiffin since 2011.

Stalker spent the last five seasons with Goff, where he coached defensive line, special teams and was the run-game coordinator for the Dragons.

Under Stalker, the defense was ranked top-ten nationally in tackles for loss (96) and ranked in the top-20 for third and fourth down conversion percentage.

In 2017, the offensive line under Allgood propelled the Dragons to average 24 points, 366 passing yards and 203 rushing yards per game.

Levi Brown and Michael Johnson are two other additions, not from Tiffin.

Brown comes from Faulkner University in Montgomery, Alabama, where he finished his first season as offensive coordinator and quarterbacks coach for the Eagles.

Before coaching the Eagles, he worked as the quarterbacks coach in 2016 and 2017 for Troy University, his alma mater.

He played two seasons with Buffalo and one season each with the Winnipeg Blue Bombers and Saskatchewan Roughriders of the Canadian Football League.

Johnson served as defensive backs coach since 2016 for Huntingdon College in Montgomery, Alabama. In 2017, Johnson was a key contributor in leading Huntingdon to its third-consecutive USA South Conference title.

The Hawks made the NCAA playoffs for the third-straight year with Johnson.

Previous Denmark to workout for Saints, Browns
Next Blazers S.A.V.E. the environment