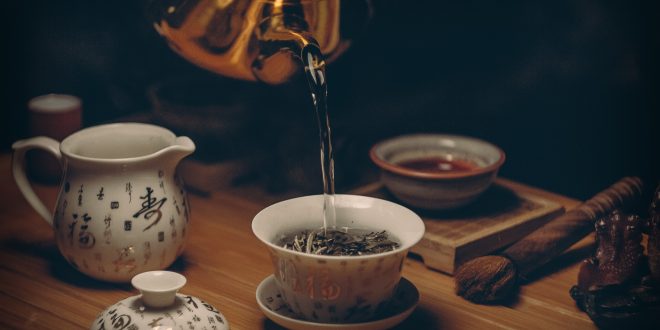 The VSU Japanese Club not only recently brought Japan to students but served some tea as well.

The Japanese Tea Ceremony event, on April 10, demonstrated a traditional Japanese tea ceremony to teach students about Japanese Culture and to gain interest in the club.

It was executed by members of Tallahassee’s Japanese community, whose goal is to promote Japanese culture in and around Tallahassee, Florida. They have been educating people on their culture through performing tea ceremonies for almost 10 years.

Traditional Japanese tea ceremony has a rich history. Comparable to America’s finishing school, which taught women etiquette and prepared them to enter the elite social class of larger cities, tea ceremony began in the late 18th and early 19th centuries as a way for the Japanese to learn manners, basic etiquette and how to behave.

“Until 18th or 19th century, most of tea ceremony was done by men, but after 19th century women started to do it, especially women school teachers,” Tanaka said. “[They taught] how to behave nicely and how to solve other people’s problems.”

While one of the community’s goals is promoting Japanese culture, the idea of hosting a tea ceremony was originally thought of last year by former Japanese teacher Hayashi Sensei.

“We had the event last year, and originally, Ms. Hayashi was the one who contacted Tallahassee Asian Festival to get them to come out and promote, and it was really popular,” said Jacquelynn Trapani, a Japanese Club member. “So, this year, the Japanese Club wanted to continue it and kind of keep the community open.”

After Sensei’s visa expired, many students were afraid the interest in Japanese culture and the diversity of it would disappear, and thus the Japanese Club was formed just over a year ago.

In fact, one of the things the Japanese Club does on a regular basis is “free conversation hour,” a concept inspired by Sensei.

These conversation hours take place every Friday and offer students in both the club and Japanese classes the opportunity to practice their Japanese skills outside of a classroom setting, make new friends and share culture with Japanese exchange students who volunteer to help with these conversations.

“The members get to make friends and exchange culture, and it’s a good chance for people who don’t speak Japanese because they can kind of show up and have a little chat and share some culture,” Trapani said.

While the Japanese Club is a newer organization, club members are excited about planning these events, no matter how difficult they may seem.

“A lot of the people that enjoy Japanese culture and enjoy Japanese products, Japanese language, they’re very passionate about it,” Trapani said. “So, you know when you get the members in, it’s pretty easy to have events like this, but they do take a lot of preparation. But they’re really worth it in the end.”

The Japanese Club will not host anymore events this year but will host more next academic year. Experience Asia 2019 will come to VSU this October to teach students Japanese Summer Dance and traditions of other Asian cultures.

In the wake of former dean Keith Walters’ arrest in a child sex sting operation, ...