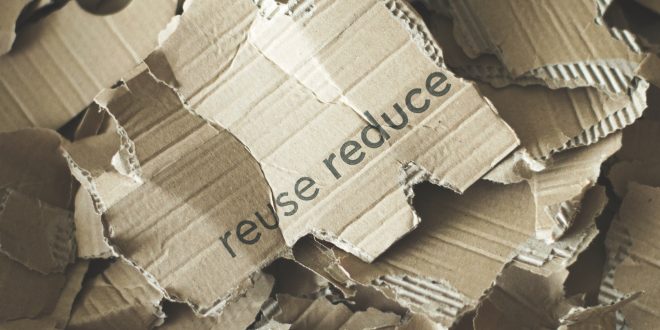 VSU reveals its recycling efforts, the struggles that came

VSU makes it clear that it supports helping the environment through recycling. But is VSU’s carbon footprint as heavy as it seems?

VSU provides students and staff an easy way to recycle by putting several recycling bins around campus. There are even designated bins for different recycling materials like paper, cans and plastic.

Dr. Serran-Pagan said that Valdosta does more collecting than recycling because there aren’t any recycling businesses In Valdosta.

“We don’t recycle in Valdosta,” he said. “We simply just collect whatever we can [and] ship it to somewhere else, and the only thing we recycle is the cardboard because that’s where we make money.”

Dr. Donald Thieme, co-chair of the recycling subcommittee, said that he is aware that VSU is saving the recyclable goods from the Valdosta landfills, but he is not sure if it’s being saved from other landfills.

“We know that [the city has] a contractor taking [recyclable goods], but we’re not sure that the city is overseeing that to make sure that it’s all being recycled,” he said.

Even though Valdosta doesn’t really recycle, Dr. Thieme said that having the recycling bins around campus is a way to improve recycling in Valdosta.

“I think the message is to keep using the bins but also to pressure the city to actually recycle as best they can,” he said.

Anthony Musgrove, the operations superintendent for the Public Works Department, said that the city used to sort through the recyclable goods, but there aren’t enough employees to do that anymore.

“We don’t have adequate employees to sort it like that, therefore, we will collect it and send it off to a third-party company,” Musgrove said.

Musgrove oversees the collection of all recyclable materials and said that he has personally been to the facility.

“[Milledgeville has] picked up a semi-load of material that we have here, and I have followed [those workers] up to their facility,” he said.

The Milledgeville facility is staffed at 25 people.

“We need buildings to attract the companies who can recycle, and once we do that, then we’ll actually be able to save money, save the environment and make profit,” Dr. Serran-Pagan.

For right now, the recycling subcommittee plans to increase awareness of recycling throughout the campus.

“One thing we can accomplish is just getting everyone talking about it and understanding the importance that those things that go into recycling bins don’t go into trashcan,” Dr. Thieme said.

While the committee has already put up more recycling signs around campus, they also want to have more student volunteers advocate for recycling.

“At the end of the day, I think we could do much better, and if the community will be more mindful about the importance of reducing, reusing and recycling, then we will be in a much cleaner place than we are right now,” he said.

Previous Celebrating 47 years: Odum Library’s past, present and future
Next Blazers finish No. 2 in GSC championship