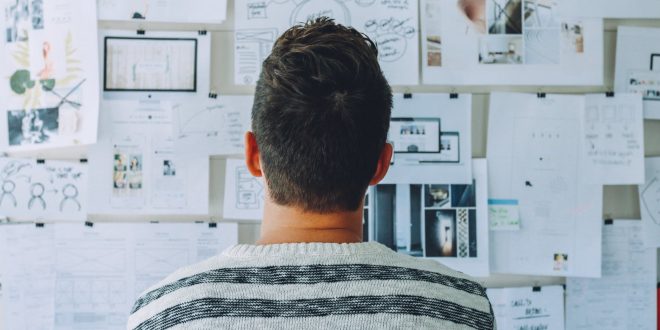 The cat isn’t the only one getting punished for being naturally inquisitive.

Beginning as early as birth, curiosity drives infants and young children to build knowledge by developing their own way of learning. But it doesn’t last long.

Children move into the education system around age 5, and instead of having the system meet their individual learning needs, they are lumped into one group and administered a standardized test to determine their readiness to advance to the next grade.

Standardized testing, which can be found in classrooms all over the world, including those countries in Belgium, the Netherlands and Asia, is used to assess how well schools meet their specified educational standards. In America, each state sets its own standards.

While standardized testing may begin early on—for example, Georgia Milestones testing in Georgia begins in third grade, when students are around 8 years old, as mandated by the No Child Left Behind Act—it often carries into adulthood.

High schoolers take end of course tests, or similar, depending on the state, while high school juniors and seniors who plan to attend a four-year college take the SAT or ACT, high school dropouts take the GED, and college undergraduates take the GRE, or graduate record examination, for entry to graduate school.

That’s right, even students with a bachelor’s degree must show what they know through a standardized test.

So, why is that a bad thing?

Sure, standardized testing differentiates students who know their stuff from those who don’t, but it doesn’t account for every factor affecting a student’s performance. That’s because it’s based on an objective grading scale, which means that there are only right or wrong answers with no room for grading flexibility. No partially correct answers, no half points.

With that in mind, how is it fair for students with learning disabilities, who, according to the National Center on Educational Outcomes, make up 13 percent of the school-age population? Short answer: It’s not.

The Individuals with Disabilities Act mandates that these students test among their peers, with appropriate accommodations put in place only for students who require them.

In Georgia, the only exception seems to be students with severe learning disabilities, who are then referred to the Georgia Alternate Assessment, a more appropriate test based on their needs.

This raises two questions. One: Which disabilities are on the “severe” spectrum? Two: Does it really make sense to only cater the needs of students considered “severe” enough while brushing off the others? In response to the latter, the answer is, yet again, no.

But students with non-severe learning disabilities aren’t the only ones struggling. Students who test poorly will be held to the same standards as their peers. So much for no child left behind.

Additionally, the cost of these biased tests is outrageous. A 2012 study by the Brown Center on Educational Policy found that states spend an average of $1.7 billion a year on standardized testing.

Rather than raising teacher salaries, which, according to 2018 Bureau of Labor Statistics, are generally $58,000 a year, only about $4,000 more than a food service manager who requires no education, states choose to put their educational funding towards testing that focuses on enforcing conformity rather than building each individual’s strengths.

Although not much can be done regarding students taking standardized tests, you can still make a difference in children’s lives. If you’re a parent, invest in your children’s interests and drive their curiosities.

If you’re a teacher—well, you probably have your own opinions on this topic—never stop shaping your students into who they’re meant to be, despite what any state standards say. Because a world without creativity and diversity will always be a bleak one.