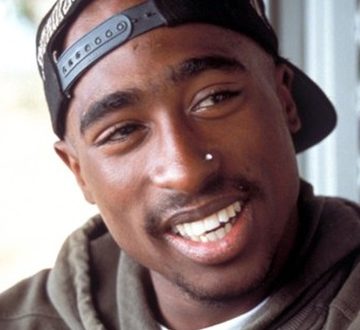 On this day 23 years ago, the hip-hop world lost one of their most iconic figures in Tupac Shakur.

Tupac was shot on September 7, 1996 as he was going to watch a Mike Tyson fight at the MGM Grand Hotel when someone drove by and shot him four times. He was taken to a hospital where he was in critical condition. He was put on life support but unfortunately died on Friday, September 13 after he suffered respiratory failure and cardiac arrest. He died with his loved ones around him.

His murder is still a mystery that is yet to be solved. There have been many people suspected of being his murderer however, it is not yet confirmed who committed this crime.

Shakur was born as Lesane Parish Crooks. His family was always on the move but settled in Baltimore, Maryland. He attended the Baltimore School for the Arts and proved early on that he could bring something new and creative to the world of art. His family moved to California later in his life, which he would proudly represent in his music.

He began his career as a back-up dancer and master of ceremonies. He joined the group Digital Underground in 1990. During his time with the group, they created the famous hit “The Humpty Dance” that hit high on the “Top Billboard 40 Hits.” He then created his first single album “2Pacalypse Now” in 1991.

During the prime of his career in the 1990s, he sold over 75 million records worldwide. His most popular albums are “All Eyze On Me” and his “Greatest Hits Collection”. He has also done work in acting in films such as “Above the Rim,” “Gridlock’d” and “Poetic Justice”.

As he became more popular his lifestyle became controversial. During this time, he got more involved with gang culture.

This would get him involved with Jimmy Henchman and Haitian Jack, two well-connected criminals. It was this association that led to him getting robbed and shot five times by three men in the lobby of Quad Recording Studios in Manhattan on November 30, 1994.

This also coincided with his pending legal battles, one court case for a sexual battery charge and another case where assaulted a co-director of the movie Menace II Society.

Despite his issues, he continued to release big hits. His constant trouble with the law and his infamous feud with East Coast rapper Notorious B.I.G. only served to bolster his popularity. These issues in his life gave inspiration for some of his later music.

His goal was to make an impact by releasing authentic words of pain, love, and activism. His influence helped him make the list for one of the “100 Greatest Artists of All Time.”

Over 20 years later, he still has records that have released, showing how much work he put in while he was still alive. There is a show called “Unsolved: The Murders of Tupac and the B.I.G.” It goes into more depth about his murder and what is currently suspected of who killed Tupac. A biopic called “All Eyez on Me” was released in 2017, and another one is rumored to be in the works.

Tupac was a man that has been through a lot through his life but still provided many words of wisdom and heart. That’s what made his work impactful, and it is not uncommon for modern rappers to list him as one of their inspirations. He also showed that he was versatile in the performing arts industry. His impact on hip-hop will always be remembered.

Tupac Shakur never expected to become as popular as he did. He always tried to see the brighter side of life and be authentic in his work to hopefully inspire someone else to do something great too.

“You gotta make a change. You see the old way wasn’t working so it’s on us, to do what we gotta do to survive.”