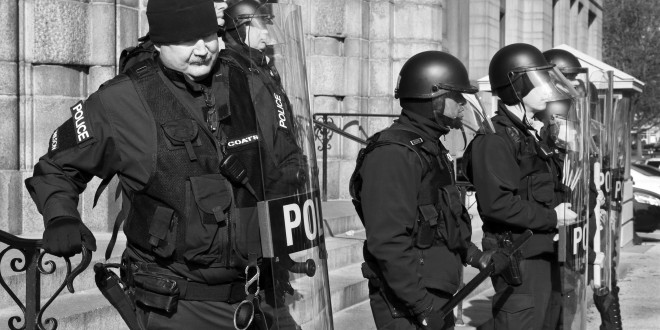 Don’t be another statistic: CRASE prepares students for the worst

Jennett Hall 1111 is a large lecture hall with two sets of double doors that open out, each accompanied by a glass case housing a fire extinguisher. Details which the hall’s occupants would soon come to soberly learn.

Of the 720 seats in the hall on September 12, five were filled. The time was 4:54, and there was the vague sense of loosely held hope in the air. Certainly, more had to be coming. After all, this was a matter of life or death.

At 4:55, the sixth and final attendee entered the room. She looked around surprised before picking a seat in the middle segment of chairs.

“Where are the rest of the people?” she said. “I can’t save everyone, you know!”

There was an ice-breaking trickle of laughter. Nevertheless, it was a question that must have been on everyone’s mind. Why hadn’t more people shown up to free training on Civilian Response to Active Shooter Events?

The CRASE course was developed by Texas State University to assist civilians in properly responding to an active shooter situation. Lt. Robert Goley, head of emergency management, stood at the podium in the front of the hall like a conductor without a band. He began promptly at 5 p.m.

“Everybody is going to be afraid in these types of situations,” he said. “It’s a natural response, and that’s kind of what this class is about: to overcome that natural response and to think.”

The two projector screens behind him solidified images of Columbine and played back 911 calls from the terrifying genesis of the modern mass shooting, when calls were made from landlines and desk manufacturers never considered their particle board to account for any force greater than a student scribbling to finish their test in time.

There is a desperation in the advice given to civilians. “Avoid. Deny. Defend.” meaning essentially “Run. Block the door. Fight like a caged animal.” It’s chilling to hear that from a law enforcement official’s mouth as official procedure, and it speaks to the range of factors that contribute to responding to a shooting from a law enforcement perspective.

Even though the average time for police units to respond to an incident on campus is about three minutes, much more time is spent determining whether it is safe to enter the building. Once in the building, according to Goley, each individual room of a building must be searched multiple times to ensure the area is secure.

In that time, between the first gunshot and the first blue uniform, anything can happen. But, that’s the purpose of the seminar: to provide you with enough information to get you thinking about what you would do in a similar situation.

You should have observed which ways doors open so you can block them more effectively or be able to see a fire extinguisher as a potential weapon. It should narrow down your window of unpredictability and lessen fear, and controlling fear is powerful.

According to a Sep. 10 Gallup Poll, 48 percent of Americans fear being the victims of mass shootings. Since the start of this year, there have been 19 mass shooting, the most recent a spree killing on August 31 which left seven dead in its wake.

If fear is such a driving factor in the response to mass shootings, why is there not more attendance at an educational seminar that can take some of that fear away?

“It’s the trauma of not wanting to face that unpleasant truth,” Goley said. “Some folks aren’t ready for that.”

That may be true, but with mass shootings occurring roughly every 14 days on average in the United States, actions like surveying nearby exits, searching for potential weapons and planning escape routes seem less paranoid and more a necessary safety precaution.

Luckily, this seminar is not a one-time event. There will be other opportunities to learn on:

“I challenge you all to tell one person you know about this,” Goley said as the small group prepared to leave, their eyes searching for potential alternative exits. 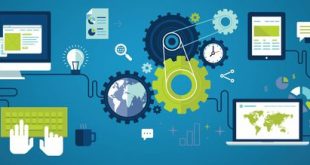