Home / Editorial / Editorial: College campuses are not immune to the threat of mass shootings 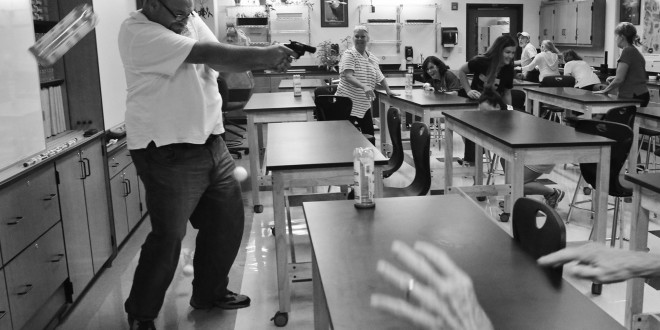 Countless mass shootings call for a reevaluation of gun laws.

Editorial: College campuses are not immune to the threat of mass shootings

These incidents prove that Americans can’t travel, have a night out, grocery shop, attend a festival, pay bills or work at their jobs without running the risk of being shot by another civilian. How long until college students can no longer safely attend classes?

The bad news is that students have never been safe. Recall the shooting at Virginia Tech in 2007, which led to 33 deaths, including the perpetrator, and 23 injuries. Ironically, that was when campus carry laws were just beginning to pass, and the tragedy led some states to hesitate. But ten years later, Georgia bit the bullet and passed the law anyway.

Although some fear that campus carry laws enable gun violence on college campuses, there has only been one mass shooting on a campus allowing guns following its state’s passing of the law. Out of the 10 states that allow guns on their campuses, Oregon’s Umpqua Community College shooting, which killed nine in 2015, is the only one to kill more than four—what the FBI considers a mass shooting—since Oregon’s campus carry law passed in 2011.

While the incident at Virginia Tech has long proved that no college is safe—just as the one at Sandy Hook proved that no school is, for that matter—there have yet to be any negative impacts of campus carry laws, at least not on the same large scale as other recent shootings across the nation. In fact, Georgia’s enrollment in public colleges and universities has increased 2.2 percent since its enactment in 2017, according to PolitiFact.

The good news is that not only have campus carry laws been a non-issue thus far, but they also may benefit campuses in the case that an active shooter were to fire. In Georgia, open carry is not permitted, so if a student were to begin shooting, he wouldn’t know whether the person next to him was armed. In one swift gesture, the student with a concealed firearm could diffuse the situation before it escalated.

So, it is possible for guns to be permitted in public without causing any massive, deadly violence. This is a fact that proves the issue runs much deeper than a “gun problem.” Firearms don’t shoot themselves; there has to be someone to pull the trigger, and unfortunately, it’s never the hero that shoots first.

Behind these attacks are people generally labeled “mentally ill” or “unstable”—issues that deserve proper evaluation. Seung-Hui Cho, the Virginia Tech perpetrator, spent time in a psych ward, from which he was released without a mental health evaluation, after passing off his suicidal comments as a joke in 2005. He later denied any thoughts of homicide or suicide. Turns out, he had both.

Christopher Harper-Mercer, the Umpqua shooter, also had mental issues, of which his mother was aware, and special needs. He often expressed his frustration with life online. Despite this, his mother knew he collected guns. Together, they frequented a shooting range, which helped prepare him for his next target: his college campus, where he aimed at Christians.

Of course, it’s difficult to tell whether someone plans to commit a hate crime. But when there have already been signs of mental illness or personal struggle or anger, there is room for improvement.

Right now, background checks are only required for firearm purchases through licensed dealers. That means that in some states, gun owners who bought from Craigslist, Facebook or another private seller aren’t required to submit to a background check. Georgia is one of them.

And even in the case someone does get a background check, there are some states that don’t require mental health records, something that the federal law cannot override.

It really makes you wonder. How many people who would otherwise be deemed incompetent have a gun in their hand right now? Who is planning the next big tragedy that will blast us all through every news organization in America?

It’s easy to assess a problem and offer solutions. We all want to think we can help save the world. But, quite frankly, there is no solution to the rampant gun violence issue our nation is currently facing.

Banning firearms in totality isn’t the solution. Drugs are illegal and they’re everywhere. Despite the situation having no easy fix, there are steps in the right direction. Mandatory background checks with mental health screenings. Required registrations. Bans on the private sale of guns. Promotion of training courses. Make it harder for just anyone with a few hundred bucks to pick one up.

The best part of this is that none of these options infringe on the Second Amendment, for the most part. Not one is taking away the people’s right to keep and bear arms. These suggestions simply offer tighter regulations so that people who are equipped to own a registered gun can get one, and those who aren’t cannot.

Until legislators decide to pursue further gun control laws, we can only hope that lives lost to mass shootings are kept at a minimum. And even if legislators do pursue them, the best scenario would be that mass shootings become less frequent. They’ll never dissipate.

So, stay safe out there. You never know what tomorrow holds. It could be you.

This editorial reflects the general opinion of The Spectator staff. Photo courtesy of MGN Online. 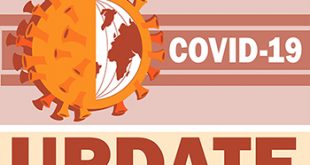 Editorial: VSU needs a plan for the coronavirus

A couple of weeks ago, social media went into an uproar because the Academy Award ...