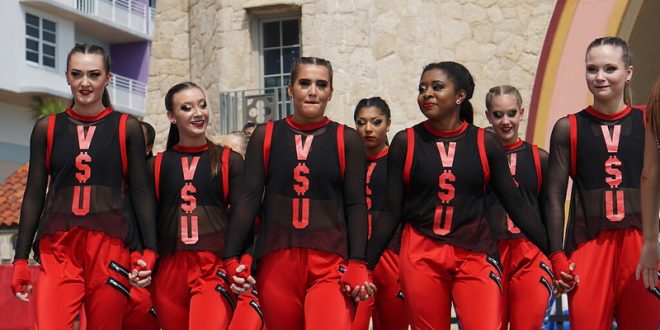 The Red Hots are consistent champions at VSU, but often go overlooked when it comes to championships.

VSU is home to numerous championship programs, but their successful dance team has gone under the radar.

Head coach Kelli Fields is one of the longest tenured coaches at VSU. going on her 14 season. She has instilled a strong and stable work ethic in her women that goes beyond their days in college.

Fields also stressed that she wanted to use dance characteristics such as strict guidelines and time management to help the dancers mature by the time they graduate.

Coach Fields mentioned her growth as a dancer from beginning to now. “Every year she would get better and better. When she’d get thrown in as an alternate, she would hold her own and she really emerged as a leader after that experience,” Fields said.

The Red Hots deploy many different types of dance genres such as hip-hop and jazz depending on the skill set of the group at the time will determine how many girls reach the floor at nationals.

Not every girl will get to participate at nationals but spots are never set in stone.

“There are 18 (women) on the team,” Fields said. “In November, I made the decision of the 13 (dancers) I wanted on the floor for the jazz routine on what I seen then do thus far. So the alternates are assigned to learn the others routines to give me options, but there have been years were alternates have improved so much that they used that as motivation and they will take somebody’s spot.”

With an upcoming chance to acquire VSU’s fourth straight NDA championship trophy, coach Fields is getting her time in the mindset for competition this semester.

One of the veterans of the team and captain Jenifer Hayes spoke about her dedication and how she balances school dance and her social life in their “national’s season.”

“We all have this one goal we want to go down to Daytona and do our very best and hopefully come back with another title but if that doesn’t happen, we know we did our best and will still be happy,” Hayes said. “This is the time where we have to come together as one whole team and all have to think to be thinking the same, this the part of the season where I want to see all of us grow.”

Spring semester, is crunch time for this team as show season is near. April is the time for them to show their best so they have to adopt that mentality.

“Everyone knows this time is so intense we all focus more,” Hayes said. “The difference between this semester and last is even when we’ve done something good, we know now it has to be perfect because you have one shot to make it to finals and one shot to give it all you have.”

Emphasis on work ethic and holding each other accountable is what coach Fields and the Red Hots captain will be zeroing in on the mentality for success.

The Red Hots dance team is looking to add to their hardware in the coming months in Daytona, Florida where they will try to obtain a fourth straight title for the Blazers.

Previous Baseball and cheating: America’s favorite pastime
Next People Poll: What is your favorite part of spring semester?