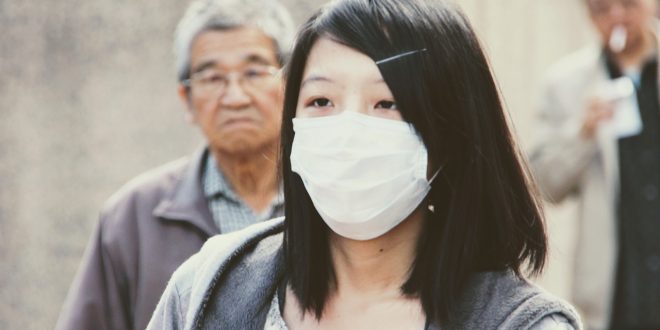 The official name of the virus, SARS-COV-2, is believed to have been passed from vertebrate animals to humans.

Dr. Eric Chambers, an associate professor of biology in VSU’s college of science and mathematics who specializes in molecular genetics says there is still a lot to be learned about the frightening new virus from China that has sent the globe into panic.

The coronavirus been declared a global health emergency by the World Health Organization. The virus has been reported in 29 different countries and has infected 73,000 people, killing 1,873 as of this week.

Dr. Chambers said he believes the figures being released could lower than the reality of the disease.

“Epidemiologists have been modeling it and so far, we think the numbers might be somewhat higher than what it’s reported to be,”he said.

Dr. Chambers also said that there is a high threat, particularly in China, where the virus originated. Currently, there are 150 million people in China under coronavirus lockdown. In addition, the U.S. State Department issued a level 4 advisory to China – DO NOT TRAVEL.

The official name of the virus, SARS-COV-2, is believed to have been passed from vertebrate animals to humans. It originated in Wuhan, China. Rumors have circulated that the disease spilled over from bats, and according to Chambers, after genetic sequencing, scientists have determined a 95% genome match between bats and SARS-COV-2.

In regards to the virus’s lethality, Dr. Chambers said that 80% infected get mild illness, 15% develop pneumonia and 3 to 5% develop severe complications. The virus is currently posting a 2% case fatality rate.

In terms of symptoms, Dr. Chambers said that there is still much to be learned about the virus.

“From what we’ve seen so far, any symptoms that take longer than 12 days to develop are the anomaly,” he said. “There is some evidence that people may be transferring it to others before they themselves develop symptoms, but it’s largely still up for debate.”.

The virus specifically causes Severe Acute Respiratory Syndrome.The only symptoms that the Center for Disease Control and Prevention have listed for the virus include fever, cough and shortness of breath.

Dr. Chambers rejected any notions of the virus being man-made or possibly being a biological weapon, rumors that have been circulating on the Internet.

“There is no evidence to back any of these claims,” he said. “Right now, everyone is scrambling to be the first to break new information on the virus that they aren’t taking the time to verify if the information they are using is coming from viable, peer-reviewed papers. If it’s not peer-reviewed, then it’s not official.”

In terms of the future, Dr. Chambers said there are some promising prospects, but there is still a lot to be determined.

“Right now, even though there are good signs, there are still a lot of unknown variables, so it is very difficult to say how it will play out,” he said.