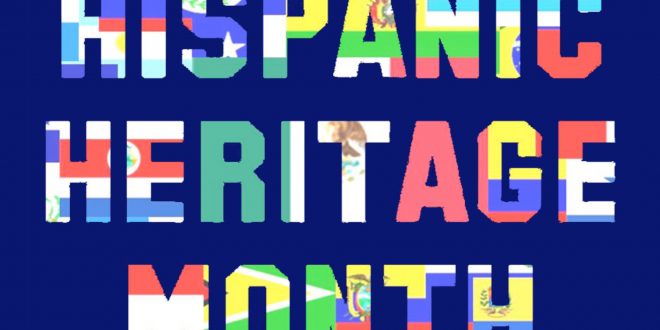 Hispanic and Latino American icons have had a long history in the entertainment industry. Here are just some of the Hispanic Americans who have influenced media today.

Selena Quintanilla was a hit Latin American singer in the ‘80s and ‘90s. According to IMDb, Selena began preforming when she was 9-years-old in a band with her brother and sister.

Selena was known as both the “Queen of Tejano” and the “Mexican Madonna.” Tejano music, as defined by Mirriam-Webster, is a style of Mexican music that is influenced by western, country and rock music genres. She was the first Tejano artist to win a Grammy Award in 1994.

Quintanilla was murdered by the president of her fan club in 1995 when she was 23-years-old. Her legacy, despite her early death, has lived on through her family, fans and the Latino American community.

1n 1997, Latin American actress and singer Jennifer Lopez skyrocketed her career by portraying Quintanilla in the biographical film on her life. During an interview with TODAY in 2015, Lopez told reporter Natalie Morales that she considers Quintanilla to have been like a mentor to her. She credited Quintanilla for teaching her how to navigate both the music industry and her own life.

That same year, Corpus Christi sculptor H.W. “Buddy” Tatus unveiled a life-size bronze statue of Selena, which has brought over 30,000 people to the city each year, according to Corpus Christi’s official website. Then in 1998, the Quintanilla family opened the Selena Museum in their hometown of Corpus Christi, Texas.

On Nov. 3, 2017, the Hollywood Chamber of Commerce honored Quintanilla with a star on the Walk of Fame. According to walkoffame.com, the official website for the Hollywood Walk of Fame, a crowd of 4,500 people attended the ceremony, breaking the record for the largest crowd at a star induction since 1998.

, “…[We] get involved with all her things and do things for her every day that sometimes I forget she is not here with us anymore,” Abraham Quintanilla, Selena’s father, said during an interview with Entertainment Weekly in 2017.

Zoe Saldana is an Afro-Latina actress and singer best known for her roles as Neytiri in “Avatar” and Gamora in the Marvel Cinematic Universe.

Saldana grew up in Queens, New York until she was 10-years-old when her family moved to the Dominican Republic. According to IMDb, Saldana and her family lived there until she was 17, and it was during this time that Saldana found her love for preforming.

After moving back to the U.S., Saldana began preforming with a theater troupe called Faces. IMDb states it was during her time with the troupe that Saldana was recruited by a talent agency that helped her land her first role as Eva Rodriguez in “Center Stage,” which was released in 2000.

In 2009, Saldana landed the lead role as Neytiri in the first “Avatar” film. In 2016, she portrayed soul singer Nina Simone in the biographical film “Nina.”

Lin-Manuel Miranda is a Hispanic American composer, lyricist and actor best known for creating and starring as Alexander Hamilton in the Broadway musical “Hamilton.” According to IMDb, Miranda has 33 acting credits, six writing credits and five composing credits , including his work with Disney’s “Moana” and the upcoming live-action production of “The Little Mermaid.”

Over the years, Miranda has been nominated for 33 awards, including an Oscar and has won another 13.

Miranda often draws on his Puerto Rican roots. According to the biography on his official website, Miranda released a benefit single to raise money for the Hispanic Federations UNIDOS Disaster Relief and Recovery Program after Hurricane Maria made landfall in Puerto Rico in Sept. 2017.

In 2019, Miranda and his family, along with the producers of the Puerto Rican run of “Hamilton” and the Flamboyan Foundation, created the Flamboyan Arts Fund. $15 million was raised to support funding of arts and culture on the island, according to Miranda’s official biography.

Miranda’s first musical “In the Heights” tells the story of a Latin American man and his community in New York City’s Washington Heights. According to Miranda’s official website and IMDb, the recent feature film production of the musical, in which Miranda has a small role, will be released sometime between 2020 and 2021.

Previous TikTok ban possible
Next How Effective are Plexiglass Shields on Campus?