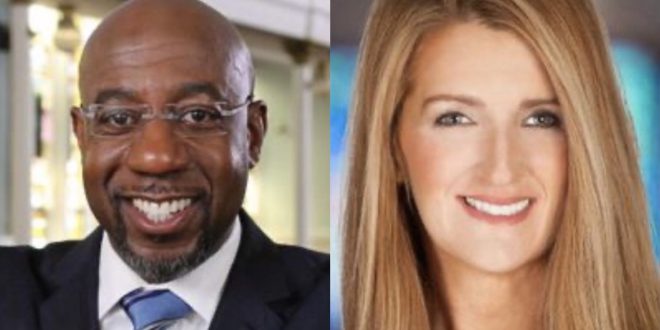 Georgia voting isn’t quite done yet as the special election continues into a run-off scheduled for Jan. 5.

Last night on Election Day, Republicans Kelly Loeffler and Doug Collins, along with Democrat Rafael Warnock took the polls for a seat in Georgia U.S. Senate.

According to 11alive.com, Georgia was the only state with two U.S. Senate seats on the Nov. 3 ballot. The race is named “special” due to former senator Johnny Isakson stepping down for personal health reasons. Loeffler was then appointed to the seat by Governor Brian Kemp last December.

Loeffler started strong in the first quarter and took the lead. Warnock followed close behind in second and Collins trailed in third. The race quickly took a turn for a Democratic lean.

According to POLITICO, Warnock still currently leads with 32.5% and Loeffler is behind with 26.2%.

According to Gray Washington News Bureau, Warnock says Collins and Loeffler are both out-of-touch with the everyday problems Georgians are facing, from health care to financial strain.

According to warnockforgeorgia.com, if elected, Warnock plans to listen to the experts to take steps to get the coronavirus under control, including supporting robust testing, contact tracing, and basic preventive safety like the use of face masks. He also plans on protecting and improving the Affordable Care Act.

Loeffler has different views regarding American’s health upon being asked about unemployment support from the federal government during COVID-19 by the Atlanta Journal Constitution.

“Whereas Democrats continue to advocate for limitless unemployment payments and a total shutdown of our nation’s schools and businesses, the best solution for unemployment in America is getting more Americans back to work – and removing the incentives that are keeping them at home,” Loeffler said, quoted from Atlanta Journal Constitution.

Right before the 11:30 p.m. mark, Collins conceded, leaving both Warnock is Loeffler in a run-off.

The run-off will occur because no candidate was able to meet the required victory mark of 50%. This led both candidates to continuing into a separate election scheduled for next year.

Previous A Guide to Voting
Next Poll: Do you feel safe on campus after the 2020 election?