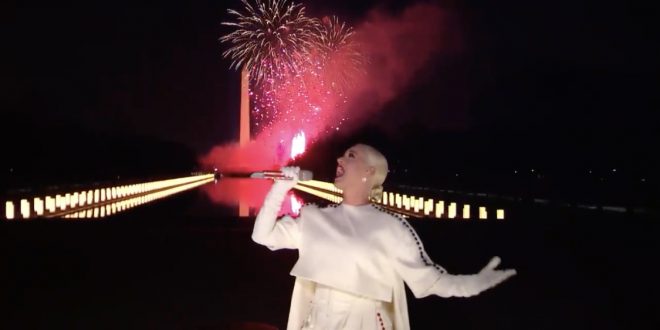 Welcome back, pop addicts of VSU, and thank you for tuning into a very special edition of our beloved pop culture column. Let’s cut to the chase and get right into it!

Today is a very important day for Americans. President Joe Biden and Vice President Kamala Harris were respectively sworn into office this morning.

You may be asking: “What does the inauguration have to do with pop culture?”

Well, some of our favorite singers are performed at the inauguration ceremony, as well as the “Celebrating America” concert hosted by Tom Hanks.

Kicking off the ceremony, Mother Monster herself, Lady Gaga, took the stage to perform the “Star-Spangled Banner.”

Gaga is a fantastic vocalist and always has been. She has a very strong voice perfect for singing songs such as the national anthem, and she showed that during her performance.

While this is not my favorite rendition of the national anthem from her (I personally prefer her 2016 Super Bowl performance), it’s always nice to see the usually extravagant and high-energy Gaga do more stripped-back performances.

Pop icon Jennifer Lopez, or as we like to call her Miss “Jenny from the Block,” also took the stage to perform a mashup of “This Land is Your Land” and “America, the Beautiful.”

Lopez has always been a wonderful performer and very capable of putting on a show, but she’s never moved me as a vocalist.

However, this performance was quite beautiful, and her addition of the line, “Una nación, bajo Dios, indivisible, con libertad y justicia para todos!” was powerful and a showcase of our constantly increasing diversity in America.

Country legend Garth Brooks performed a rendition of “Amazing Grace.” It was not bad by any means, but in my opinion, it didn’t pique my interest quite like other moments.

Transitioning into the concert that took place later that evening, “The Boss” Bruce Springsteen opened the inauguration concert with a performance of his song with the E Street Band, “Land of Hope and Dreams.” The performance was nice and featured some of his signature raspy vocals.

Justin Timberlake and Ant Clemons did a fantastic job performing the song “Better Days,” a song which calls for hopeful times, and a song we definitely needed to hear.

Psychedelic soul band Black Pumas performed their Grammy-nominated song “Colors,” a quite groovy number. I’ve heard of their work, but this performance made me interested in actually diving into their music.

John Legend hit the stage, or the Lincoln Memorial as we should say, to perform his rendition of Nina Simone’s “Feeling Good.” Social media, and I of course, was blown away by this performance.

Legend is an extremely talented vocalist and pretty underrated as an artist in general, and his performance was one of the highlights of the event.

Demi Lovato, with the aid of people from around the world, performed “Lovely Day” by Bill Withers. Lovato is a great, soulful performer, and this performance embodied her usual energy.

To end the show, Katy Perry performed her hit song “Firework.” It was a very nice performance from Perry, and to top it off, they ended the performance with President Biden and the First Lady on the White House balcony as fireworks sparked in the distance.

Other notable performers at the concert included the likes of The Foo Fighters, Tim McGraw and Jon Bon Jovi.

Shoutout to Amanda Gorman, who makes history as the youngest known inaugural poet. The poem she wrote, titled “The Hill We Climb,” was a beautiful reflection of what could come in America’s future.

Before we go, we cannot forget to mention that Madam Vice President Harris, Dr. Jill Biden, and former First Lady Michelle Obama absolutely stepped in and showed out in their outfits. All of these ladies looked absolutely gorgeous, and their fashion is making waves on social media as we speak!

Thank you so much for tuning into another edition of Pop Addict, and I cannot wait to get into pop culture with you all next time.

Previous Editorial: Student apartment complexes should ease up on rent during a pandemic
Next Blazers basketball head coach Mike Helfer back with team after bout with COVID-19

A new professor stands in front of his American Literature class explaining the nuances of ...